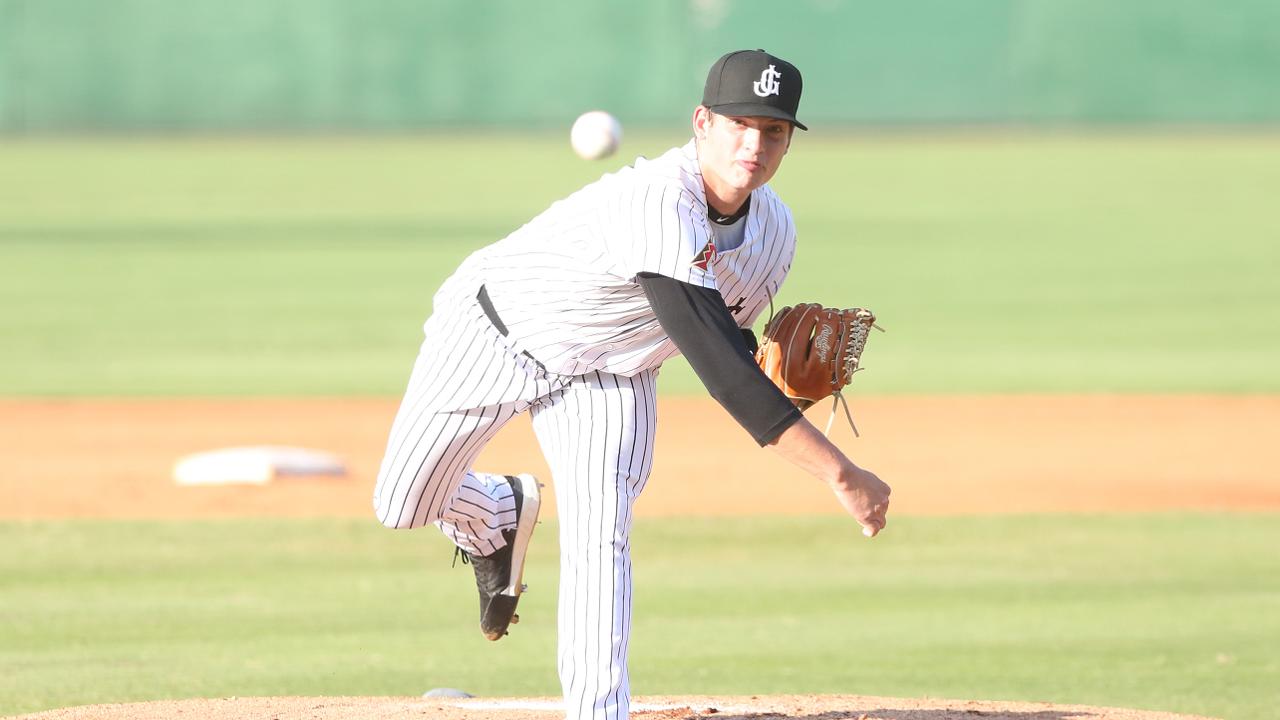 Montgomery, Ala. - The Jackson Generals, the Double-A affiliate of Major League Baseball's Arizona Diamondbacks, dropped Game 1 of the North Division Series on Wednesday, falling 4-0 to the Montgomery Biscuits at Riverwalk Stadium.

Starting for the first time since August 27, Generals right-hander Josh Green (0-1, 3.00 ERA) gave up a two-run homer in the bottom of the first to Montgomery's Brett Sullivan that put the Biscuits ahead to stay. The blast was the first that Green had allowed since August 17, and proved to be the only scoring done over the first four innings. Green stranded a pair of runners in that span, but in the fifth, a one-out double by Lucius Fox put a man in scoring position. Fox stole 37 bases in the regular season, and on a delayed steal of third base, he drew an errant throw from Daulton Varsho that kicked off of the glove of Drew Ellis into left field, allowing Fox to score for a 3-0 lead. Green managed to complete six innings for the 15th time in 2019, inducing 8 groundouts on 83 pitches. Sam Lewis got five outs in the seventh and eighth innings before Sullivan teed off again, this time to right field with a solo shot that made the lead 4-0. Montgomery has now homered 14 times against the Generals in 19 meetings.

At the plate, Jackson couldn't get anything going against Montgomery right-hander Paul Campbell (1-0, 0.00 ERA). Over his seven-inning start, Campbell didn't allow a runner to reach second base until the sixth inning. The Generals' two hits against Campbell included swinging bunt rolled down the third base line by Camden Duzenack and a blooped double down the left field line from Galli Cribbs Jr. Ramon Hernandez added a pinch-hit broken-bat single to left field in the eighth against reliever Dalton Moats, but Jackson went hitless in four chances with men in scoring position and failed to solve Campbell, Moats, or closer Ian Gardeck in the series-opening loss. The Generals have been shut out nine times in 2019, twice against the Biscuits.

PLAYOFFS UPDATE: GET YOUR TICKETS NOW!

The defending champion Generals are in the Southern League playoffs for the third time in four years! As North Division runners-up in 2019, the Generals are guaranteed to host at least one playoff game: Game 3 of the best-of-five North Division Series will be played at The Ballpark at Jackson on Friday, September 6, at 6:05pm CT against the Montgomery Biscuits. Regular season ticket vouchers will be permissible for entry to postseason games. Generals playoff tickets are available for purchase in person at The Ballpark at Jackson box office or by calling 731-988-5299.