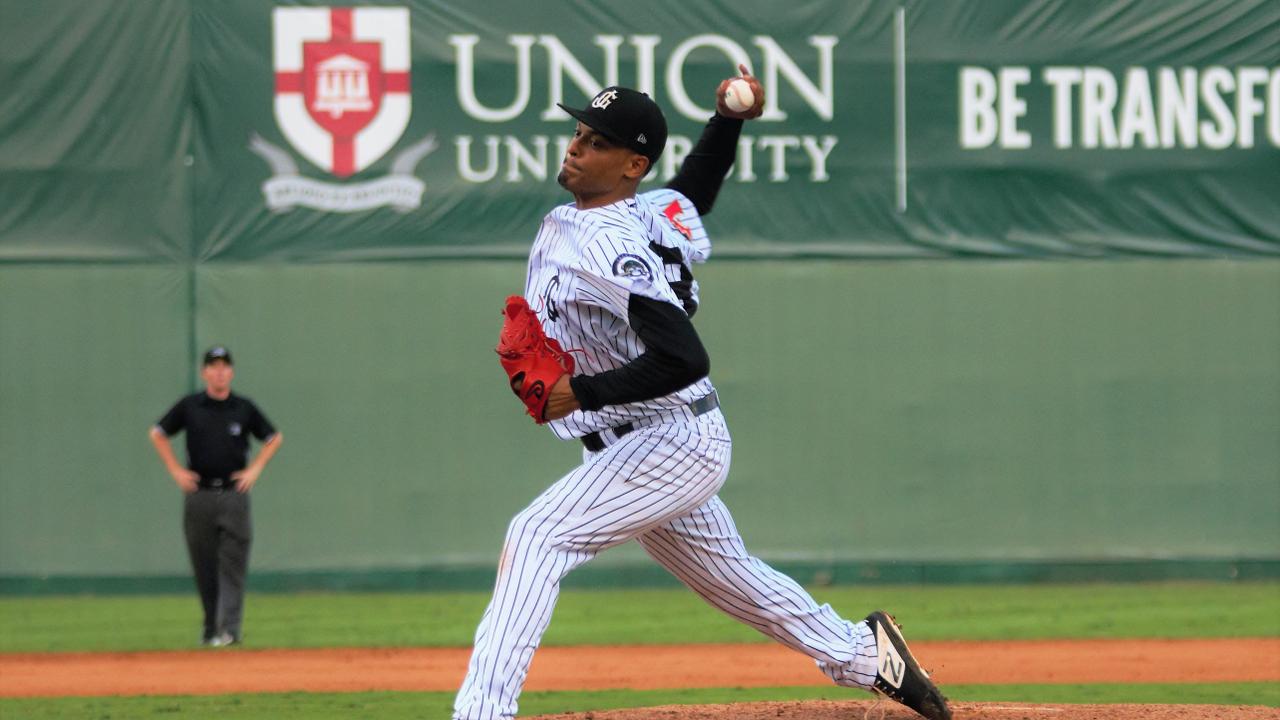 The win for the Generals (75-55) comes on the same day that a Birmingham loss guaranteed Jackson the second of two Southern League postseason berths for North Division clubs. Pensacola (72-60) is still fighting for a bid in the South Division.

After an 18-game drought without one of their starting pitchers completing seven innings, 23-year-old Emilio Vargas (5-3, 3.78 ERA) finished seven frames on Sunday in dominating fashion. The Moca, Dominican Republic native --- who had notched Jackson's most recent seven-inning start, back on August 3 --- held the Wahoos without a run for the first six innings, notching as many strikeouts (five) as hits allowed (five). Vargas threw a season-high 105 pitches to complete his work, marking his first 100-pitch outing since August 30 of last year. He turned the game over to right-handers Sam Lewis and West Tunnell (S, 4), who earned a hold and a save respectively with scoreless frames of their own. Pensacola went just 1-for-9 with men in scoring position.

Blue Wahoos starter Griffin Jax (4-4, 2.62 ERA) turned in four shutout frames before the Generals could get a run against him to break a scoreless tie. The Generals went to work with a two-out rally in the fifth, as consecutive singles by Ramon Hernandez and L.T. Tolbert put men aboard for Jackson shortstop Galli Cribbs Jr. Cribbs, who hit the go-ahead three-run homer in last night's 8-4 victory, grounded a ball toward Pensacola shortstop Royce Lewis, but a wild throw by Lewis allowed both Hernandez and Tolbert to score, with Cribbs getting all the way to third base. The 2-0 lead for the Generals increased to 3-0 with a sacrifice fly by Drew Ellis in the sixth that scored Jeffrey Baez, and an eighth-inning RBI single from Baez drove in outfielder Ben DeLuzio for the visitors' fourth and final run. Baez collected a pair of hits on the evening, and DeLuzio, a recent arrival after a Second Half stint with Triple-A Reno, tallied a hit and scored a run from the lead-off spot. Jackson won for just the eighth time this year when nabbing fewer than two extra-base hits, as a Baez double in the sixth was their only gapper.

Due to a loss by the Birmingham Barons on Sunday evening, the Generals have secured a spot in the Southern League postseason for the third time in four seasons and the second year in a row. The defending Southern League champions are guaranteed to host at least one playoff game in the North Division Series: Game 3 of the best-of-five set would likely be played at The Ballpark at Jackson on Friday, September 6, at 6:05pm CT, though details will not be finalized until later this week. Fans can inquire about purchasing playoff tickets at The Ballpark at Jackson box office or by calling 731-988-5299.

The Generals trail the division-leading Montgomery Biscuits in the Second Half standings by three-and-a-half games entering Monday, with seven games remaining. If the Generals were to overtake the Biscuits in the season's final seven games, Jackson would earn the right to host Games 3, 4, and 5 at The Ballpark at Jackson, likely played on the nights of September 6, 7, and 8. More playoff information will become available on JacksonGeneralsBaseball.com and Generals social media feeds as the week continues.