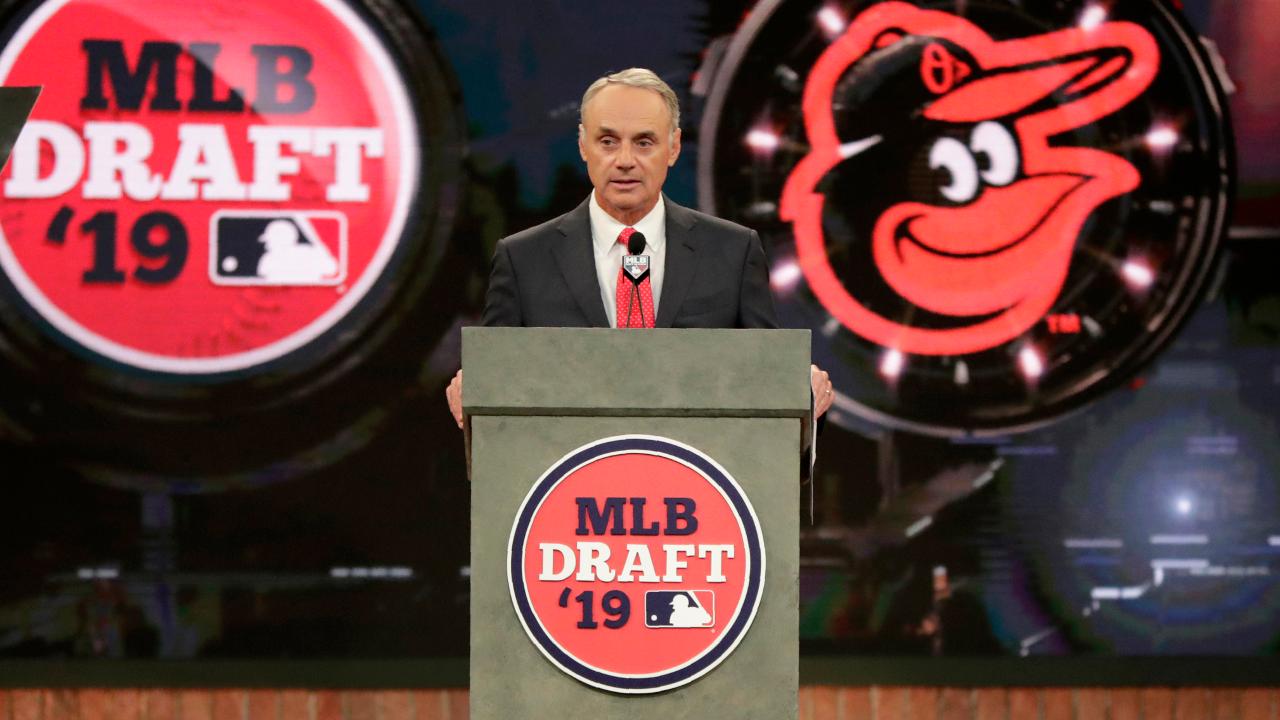 The First-Year Player Draft had been held at MLB Network Studios in Secaucus, New Jersey since 2009. (Julio Cortez/AP)

SAN DIEGO -- The First-Year Player Draft is about to take on a much more collegiate feel.

The Draft will officially move to Omaha -- the site of the College World Series -- in 2020, commissioner Rob Manfred announced in a Winter Meetings press conference Wednesday. The Draft itself will begin on Wednesday, June 10, in order to avoid any overlap with the NCAA Division I baseball tournament.

Manfred added that all College World Series teams will be invited to attend, in the hope that more Draft-eligible players will be able to celebrate their selections in the room where they happen.

The First-Year Player Draft had been held at MLB Network Studios in Secaucus, New Jersey since 2009. Under that arrangement, most attendees were high-school players who chose to travel or college stars whose clubs missed out on the College World Series. While most other major sports have their Draft picks standing nearby, the highest pick to attend the 2019 Draft was No. 12 Brett Baty.

This is not the first time Major League Baseball and Omaha have linked up recently. The Royals and Tigers played a game at TD Ameritrade Park on June 13 earlier this year -- the first Major League game ever played in the state of Nebraska. That came two days before the start of the College World Series. The 2020 edition is scheduled to begin June 13, one day after the final Draft picks are made.

"The parties -- being [Major League Baseball] and the NCAA -- have agreed to cross-promote the respective events, and I think after the really successful event we had with the Royals and Tigers in Omaha, this is another step forward, solidifying a strong working relationship between us and the NCAA," Manfred said. "We see the NCAA as a key organization in terms of the overall growth of the game."

As things stand, MLB.com's top six Draft prospects for 2020, led by Georgia right-hander Emerson Hancock, are all college players. Under the new rules, Manfred hopes he'll see more than a few of them in Omaha when their professional careers begin.

"It took us a number of years," he said. "I think some of you know I've been working on this for a while. But we do think that for both the NCAA and Major League Baseball, we got to a solution that is good for everybody."