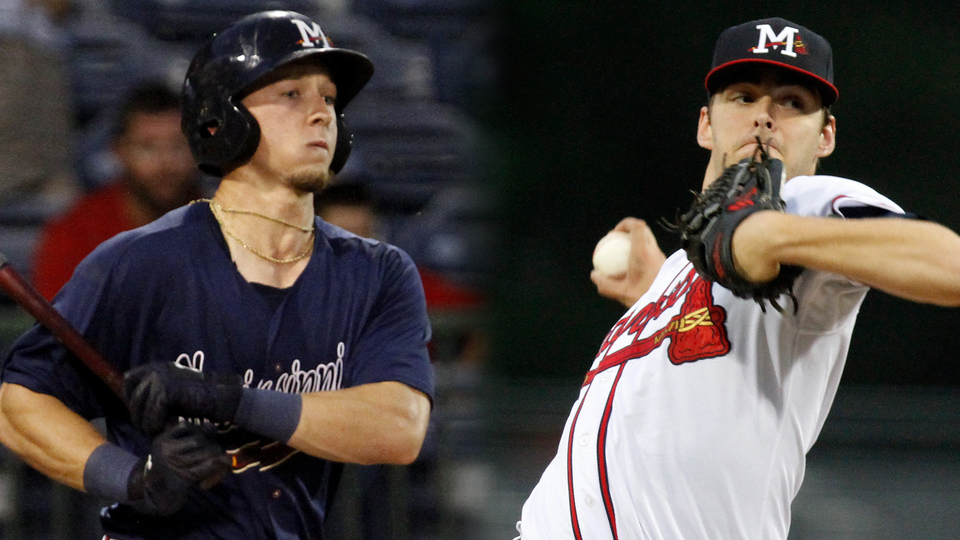 On Sunday, news broke that Cristian Pache was being promoted to the Minors' top level. On Monday, he got some company.

The Braves are also promoting No. 2 and 3 prospects Drew Waters and Ian Anderson from Double-A Mississippi to Triple-A Gwinnett. With those transactions, each of Atlanta's top four prospects -- Pache, Waters, Anderson and Kyle Wright -- will be with its International League club.

The Braves have been aggressive with the 20-year-old Waters since selecting him in the second round of the 2017 Draft. The switch-hitting outfielder opened 2019 as the youngest player in the Southern League but had few issues adjusting to Double-A. He leaves as the league's leader with a .319 average, 134 hits, 35 doubles and 202 total bases through 108 games. His .847 OPS ranks second in the Southern League.

Now ranked as MLB.com's No. 27 overall prospect, Waters receives plus grades for his speed, fielding and arm while his overall bat is considered above-average. He's capable of playing center field but played all three outfield spots this summer with the M-Braves, in part because he shared the grass with another defensive wizard in Pache. That defensive rotation should continue with both in Gwinnett.

Anderson is tied for third in the Minors with 147 strikeouts through 111 innings, all with Mississippi. His 31.8 percent strikeout rate, which would represent a career best, is 12th-best among Minor League pitchers with at least 90 innings this season. The 21-year-old right-hander also posted a 2.68 ERA and 1.16 WHIP through 21 starts, ranking fourth and sixth in the Southern League in those categories.

The 2016 third overall pick can reach the low-to-mid-90s with his fastball while his curveball and changeup are also considered above-average. He has had control issues in the past, but his improvements in that category, along with his continued ability to generate swings and misses, lifted him to No. 34 in MLB.com's latest Top-100 rankings.

No. 13 Braves prospect Tucker Davidson will also be joining that Top-100 trio in Gwinnett. The 23-year-old left-hander led the Southern League with a 2.03 ERA and placed fifth with 122 strikeouts in 110 2/3 innings.

No. 16 Thomas Burrows was sent down from Gwinnett to Mississippi as part of Monday's moves. The 24-year-old left-hander posted a 4.75 ERA with 39 strikeouts in 36 innings over two separate stints with the Triple-A affiliate.