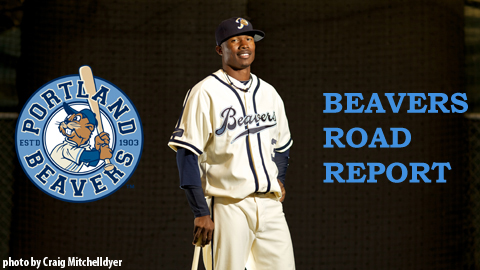 LAS VEGAS, Nev. – On a historic offensive night, the Portland Beavers set modern franchise records (since 2001) with 21 runs scored and 32 hits as Wily Mo Pena and Kyle Phillips each tallied five hits in a 21-4 win over the Las Vegas 51s at Cashman Field

Three Beavers tallied three hits, three had four hits, and Phillips and Pena each went 5-for-6 with four RBIs while logging only the 15thand 16th five-hit games in franchise history. No Beaver had scored four runs in a game in 2010 until Sunday night when Cedric Hunter, Craig Stansberry and Mike Baxter each accomplished the feat.

Amidst a remarkable showing by the Beavers (39-62) offense, Cory Luebke (1-0) quietly allowed only two runs on five hits while striking out eight in eight innings for his first Triple-A win.

The 32 hits were eight more than any other Triple-A team had compiled in a game this season and seven more than the previous franchise record of 25 set on June 28, 2003, at Salt Lake.

Callix Crabbe and Danny Perales each notched multiple hits while Aaron Mathews drove in two runs on a night in which the 51s (48-54) offense was held to just six hits.

The Beavers jumped out to an early lead with a four-run first inning highlighted by a two-run triple by Nick Green.

After scoring two runs in the second inning, the Beavers began the third inning with nine straight hits on only 18 pitches. All nine Beavers scored in the inning as Portland took a 15-0 lead in the third.

Chris Stewart led off the fifth inning with a solo shot to left field to extend the Beaver lead to 16-0.

Phillips drove in Hunter with a single to center to give the Beavers a 18-0 lead and eclipse the franchise record for runs scored in a game by only the fifth inning.

Hunter's double to lead off the seventh inning set a new franchise record for hits in a game with 26.

The 21st and record-setting run was driven in on a single by Pena to left field in the ninth, scoring Baxter from third.

The Beavers and 51s meet again Monday at 7:05 p.m. in the finale of their four-game set at Cashman Field.