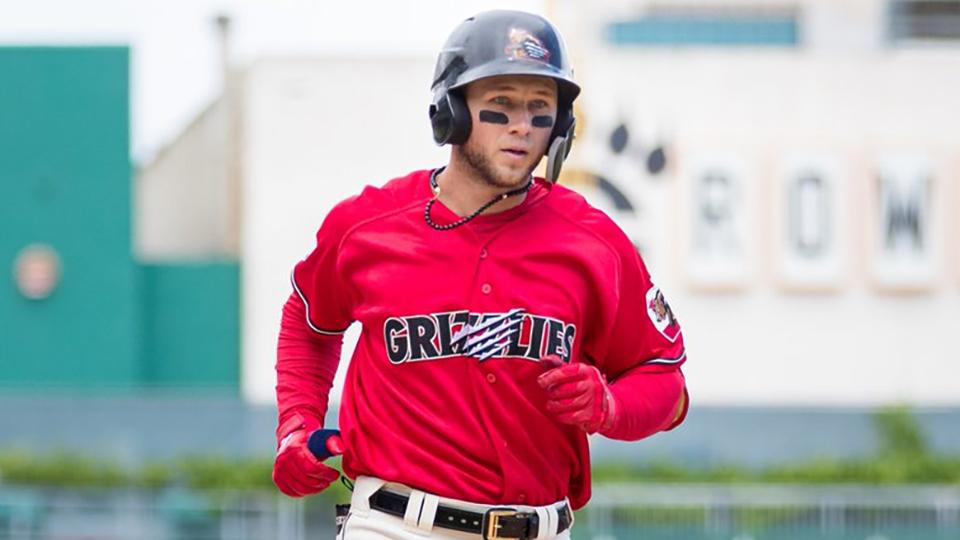 But several key contributors -- Sean Doolittle, Daniel Hudson and Adam Eaton, for example -- found their way to the nation's capital via trade. They came at a cost.

"Over the years, we've traded a number of players away to get what we needed at the Major League level," said Mark Scialabba, the Nationals' assistant general manager focused on player development. "So there is a little bit of a hole in the system where we're hoping to fill that gap this year."

That filler, Scialabba said, notably includes middle infielders Carter Kieboom and Luis Garcia, Washington's top two prospects and its only representatives on MLB.com's Top 100 list. Then there's a talented collection of pitchers, including four ranked in the top six of the system, which posted the 19th-best win percentage in the Minor Leagues.

Here's a look at some of those players, as well as other top performers who played their way into the conversation in 2019:

Catcher -- Jakson Reetz, Potomac (96 games): Repeating the Carolina League level brought out career numbers for the 23-year-old. His OPS had never surpassed .800, and he hadn't hit above .240 since his debut in 2014. But Reetz blew past those marks in 324 at-bats for Class A Advanced Potomac, hitting .253 with an .812 OPS and a 139 wRC+, best among Washington's non-complex hitters. A strong second half was key, with the 2014 third-round pick blasting 12 of his 13 homers after the season's midway point.

"The second half, he did a nice job of making adjustments at the plate," Scialabba said. "He raised his hands and got into a better hitting position much more consistently. He was able to barrel up the ball and do damage at the plate. Really freed himself up."

Video: Reetz triples in a run for Potomac

"He's got a very strong body," Scialabba said. "He's still learning himself as a hitter. He works gaps, both right-center and left-center. He's someone who tries to stay through the baseball and he's starting to show the ability to be more consistent this year."

Second baseman -- Cole Freeman, Potomac (123 games): A fourth-round pick out of LSU in 2017, Freeman posted a second full season that was terrific across the board. His 31 stolen bases led the organization. The Carolina League mid-season All-Star's 141 hits and 82 runs scored both slotted second. He slashed .311/.294/.404 with 27 doubles while drawing 53 walks and whiffing only 60 times in 534 plate appearances. The No. 26 Nationals prospect made 54 starts at second but more than 47 in the outfield as well.

"He's a sparkplug," Scialabba said. "He's a catalyst at the top of the lineup. He looks to put the ball in play and use his legs and hit the ball hard consistently to all fields. He's someone that is a grinder and works at-bats."

Third baseman -- Ian Sagdal, Harrisburg (128 games): The jump to Double-A caused a dip in the 26-year-old's 2018 numbers, but he still put together a .271/.333/.407 slash line and a 118 wRC+, ninth-best among full-season hitters in the system. His 31 doubles finished fourth. Sagdal, an Eastern League midseason All-Star, made 61 starts in the hot corner and 54 at first base. Scialabba called the infielder's versatility a "blessing."

Shortstop -- Carter Kieboom, Fresno (109 games), Washington (11 games): His first moments in the Majors could have gone better. In 43 plate appearances, the top Nationals prospect compiled a .128/.209/.282 slash line. He homered twice, and according to Scialabba, Washington still sees its 2016 first-rounder as a future middle-of-the-order piece who could man any infield spot besides first.

"I think offensively, he's still learning," Scialabba said. "His bat-to-ball skills are very strong. He's improved his patience at the plate. His ability to recognize pitches has improved. Much more disciplined this year. And looking to do damage to pitches he can drive."

Video: Grizzlies' Kieboom hits a no-doubter for a grand slam

Yadiel Hernandez, Fresno (126 games): Washington didn't need a lot of reinforcements in the Nationals Park outfield, with Juan Soto, Victor Robles and Adam Eaton starting at least 135 games. The 32-year-old Hernandez, though, put up a season in Fresno that could have made him the next man up. His 142 hits, 33 homers, 90 RBI and 1.010 OPS -- bested by only four PCL hitters -- led the system. His 139 wRC+ nearly matched Reetz atop the organization.

"He really does a nice job of staying on the baseball," Scialabba said. "He drives the ball to left-center field extremely well. This year, he was even more aggressive as a hitter. ... He's part of the depth we have in the outfield … and was someone that we could count on to drive in runs day in and day out."

Jose Marmolejos, Harrisburg (11 games), Fresno (101 games): The difference between Marmolejos' two seasons at Triple-A was stark. The 26-year-old added 176 points to his slugging percentage to bring it up to .545, topped in the system by only Hernandez, and Marmolejos launched a career-high 18 dingers. Beyond the power increase that existed across the PCL, he hit .315 for his first full-season average above .300 since 2015. He pieced together a 15-game hitting streak to close out June, the longest of any Fresno batter all season. The Dominican Republic native elected free agency last month.

Andrew Stevenson, Harrisburg (20 games), Fresno (73 games), Washington (30 games): Shuffling between the Major and Minors all season did not derail Stevenson. He batted .316/.362/.466 with seven homers, eight triples and 21 doubles for, by far, his best Minor League numbers in five professional seasons. And in the bigs, the 25-year-old aced a pinch-hit role, going 11-for-30 with six walks for a .953 OPS. Scialabba saw improved plate discipline and accepting the challenge of grinding out bats as the difference in Stevenson's third crack at the Majors.

"He's matured as a hitter and become more calm in the box," the assistant GM said. "Much more poised knowing how to lay off certain pitches, foul pitches off, keep an at-bat going and eventually try to get on base. He did a phenomenal job at that."

Utility -- Matt Reynolds, Fresno (111 games): The 29-year-old started multiple games at six different positions while improving his offensive numbers across the board. His 14.3 percent walk rate was three percentage points higher than his next best mark at any one stint of at least 100 plate appearances while his .923 OPS set a career high. Reynolds turned his versatility and bounceback offensive campaign into a Minor League deal with the Royals signed last month.

Right-handed starting pitcher -- Mario Sanchez, Harrisburg (23 games), Fresno (four games): His first dip into Triple-A was forgettable, but Sanchez spent most of the year as one of the top arms in the Eastern League. At age 24, the right-hander led the circuit with a 0.98 WHIP while posting a 10-5 record with a 2.85 ERA in 113 2/3 innings. Sanchez's 4.4 percent BB rate was 10th-lowest among the 169 pitchers in Double-A and Triple-A with at least 100 innings. He tossed 127 1/3 frames in all, blowing past his previous career high of 90 2/3.

"He's a strike-thrower, command-control type pitcher that keeps hitters off balance," Scialabba said. "He just attacks the strike zone. He comes right after you with a four-pitch mix and is not afraid and really just goes after hitters. He's able to pitch on both sides of the plate, keep the ball down and change speeds."

Left-handed starting pitcher -- Tim Cate, Hagerstown (13 games), Potomac (13 games): Of the impressive arms at the top of the Nationals prospect rankings, Cate had the best year. Washington's No. 6 prospect went just over 70 innings at both of his stops in 2019, leading the organization with 139 strikeouts and trailing only fourth-ranked Wil Crowe with 143 2/3 frames. His 3.07 ERA and 2.71 FIP ranked third and first among the 16 Nationals prospects to go at least 100 innings. For Cate, a nasty curveball is his go-to offering.

"This is a young man that has a bright future," Scialabba said. "Physically, he has some ability to be able to continue to improve as far as his strength, especially his lower half. We feel like this young man is going to have the pitchability and the secondary stuff to pitch in the big leagues as a starter down the road."

Relief pitcher -- Aaron Barrett, Harrisburg (50 games), Washington (three games): By now, the 31-year-old's winding road back from devastating injuries might be as well known as its destination.

Aaron Barrett getting the news that he's going back to The Show might* make you cry.

But make no mistake: Barrett's return to Nationals Park wasn't just a handout ending to a feel-good comeback. It was the product of leading the Minors with 31 saves and posting a 2.75 ERA in 52 1/3 innings for the Senators. It garnered him a nomination for the Top Reliever MiLBY last month.