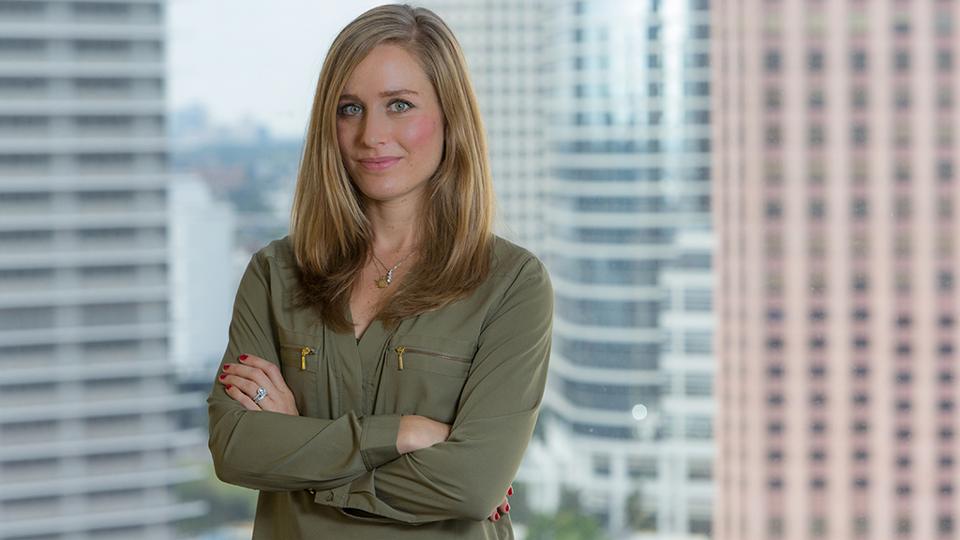 Emily Jaenson is the general manager of the Triple-A (Arizona Diamondbacks) Reno Aces.

While conversations regarding diversity and inclusion happen daily in the Minor League Baseball office and among our 160 clubs, we recognize the need to do more to elevate the voices and stories of those who currently work in our industry.

The goal of this series is to spotlight the people, programs and stories in MiLB that champion diversity and inclusion and advance the mission of Minor League Baseball's diversity initiative. In recognition of Women's History Month, every week in March, we will profile a female leader in our industry. This week we profiled Reno Aces general manager Emily Jaenson.

Emily Jaenson has a career in baseball that has taken many twists and turns, but ultimately landed her in an enviable position. As the only woman holding a position as general manager at the Triple-A level, she is demonstrating to the highest standard that Minor League Baseball is pushing for change in its industry.

May 2019 marks the one-year anniversary of Jaenson's public acceptance of the role, but two years prior to that acceptance she spent three years in the Aces' front office. In 2013, Jaenson began working for the Aces as an account executive before being promoted to a vice president role in 2015. For family reasons, she left Reno, Nevada, for Houston, Texas, eight months later. She remained there for two years before being offered the general manager position by her former boss and mentor, Aces' President Eric Edelstein.

"I remember the moment so vividly: I was sitting at my desk at Houston Methodist, and I about fell out of my chair when I read his email," Jaenson recalled.

"I had gone into college with ambition to work in sports, and I thought the only way I could do that was having a physical therapy major and being on the medical side. I didn't even understand how a front office worked or what the business was at that time."

She eventually graduated college with a degree in advertising and got a job in ticket sales with the NBA's Chicago Bulls as her first post-graduate experience before she moved on to the non-profit sector. Jaenson was told by a former supervisor that she would never get back into sports once she left the industry, and she decided then that would not be her story. Jaenson ended up in Reno, and through relationship-building and a dash of humility, she was indeed back in sports less than 10 years later.

"I think my story is one of ambition, fortitude, relationships and not taking no for an answer. I was willing to take a job that could've been considered a step back, and I decided to consider that a launching point."

Recognized as the highest-ranking woman in MiLB, Jaenson has taken it upon herself to show other women it is possible to not only sit in her chair but also to have everything else they want in life. For that reason, she is proudly a member of the board of directors for Girl Scouts of the Sierra Nevada.

"They are a girl-led, girl-focused, girl leadership program. I thought that, given my position and the fact that it's rare for a woman to be in my chair, that was a really good partnership for me to get into. I think it's important that we reach girls in all areas and provide them examples and opportunity."

Jaenson recognizes the importance of her professional role, but that is not to say she doesn't place equal if not greater value on her roles as a mother and a wife.

It's easy for women - especially women in an industry historically dominated by men - to cringe at the question of having it all. After all, men hardly, if ever, get asked the same question. But Jaenson isn't ashamed of it.

"We have to stay positive. When you say, 'Do you have it all?' it's easy to be bashful or dismissal about that comment, but instead I want to embrace that and say 'Yes, I do,' and acknowledge that I do have the things that I want and that I've worked for," she said. "One of my proudest moments from working in Minor League Baseball is holding my first son on Opening Day after I had spent the previous season pregnant and the offseason working from home while on maternity leave. On that day I had achieved my sponsorship goal. I had made it; I had a baby, husband and career."

For young girls and women who want to one be like Jaenson, perhaps in more ways than one, she does have some advice:

"My advice is to start! There are so many opportunities, internships and full-time jobs. Network, apply, work hard, be curious and say and do everything with intention, and you will find a path."

That path may not look exactly like Emily Jaenson's, but at least it will be yours.

Mackenzie Parker is an associate with Minor League Baseball. This story was not subject to the approval of the National Association of Professional Baseball Leagues or its clubs.