Olivares steps up for Poodles in Game 1 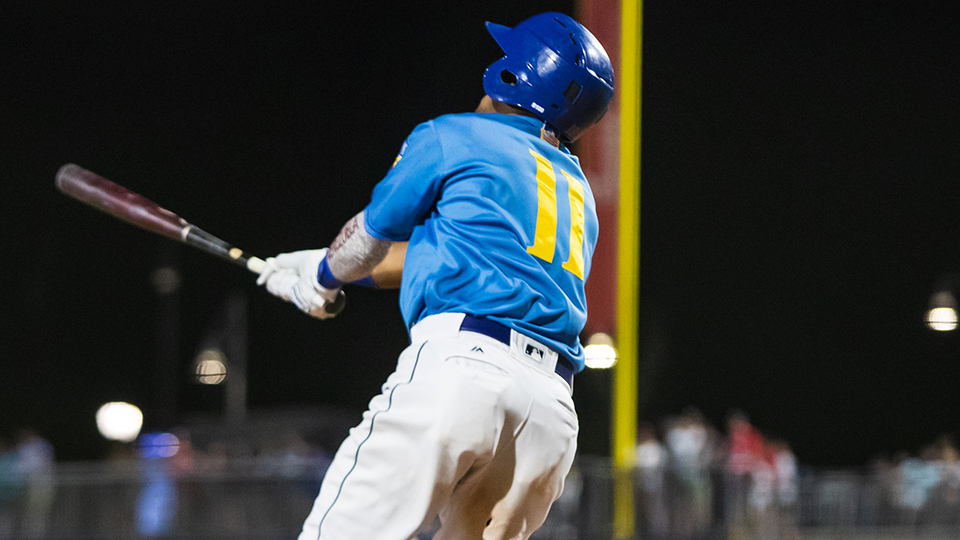 San Diego's No. 17 prospect delivered a go-ahead three-run double in the eighth inning as the Sod Poodles pulled away for a 13-6 victory over Tulsa at Hodgetown in Game 1 of the best-of-5 Texas League Championship Series. Olivares also singled and scored twice.

The 23-year-old reached on a fielder's choice in the seventh and scored on Luis Torrens' double to give Amarillo a 6-3 lead. But Dodgers No. 28 prospect Connor Wong smashed a three-run dinger in the eighth for the Drillers to tie the game.

In the bottom of the inning, Padres No. 25 prospect Buddy Reed doubled, Taylor Kohlwey reached on a fielder's choice and Taylor Trammell -- MLB.com's No. 27 overall prospect -- sacrificed both runners into scoring position. Ryan Moseley intentionally walked Ivan Castillo to load the bases and set the stage for Olivares. The midseason and postseason All-Star hit the right-hander's first pitch to right-center, clearing the bases to put the Sod Poodles in front to stay.

"It was big," Reed said. "I was on third base on that play and first pitch, he was locked in to fastball down. He hit it to right field and that kind of sparked that huge rally."

Olivares raced home on a wild pitch, Brad Zunica hit a two-run double and Reed capped the seven-run outburst with an RBI single.

The left fielder went 3-for-4 with three runs scored and two RBIs, falling a triple shy of the cycle, while Torrens added three hits -- including a pair of doubles -- walked twice, drove in one run and scored another. Trammell stayed hot in the postseason with two hits, two RBIs and a run scored.

The homer for Reed came off Gray, a pitcher he admits had his number during the regular season. In two at-bats against MLB.com's No. 99 overall prospect, he struck out twice. But the University of Florida product what to look for Tuesday.

"I know Gray is a pretty heavy fastball pitcher," he said. "I was just sitting on the fastball and was going to adjust to an off-speed pitch. He threw a pitch I could handle out and away and I just put a good swing on it."

The mood in the dugout didn't change much after Wong's homer in the eighth.

"We're pretty resilient," Reed said. "We never give up. They tied the game, it was no secret, and we couldn't do anything about it but have a big next inning. It's huge. We had a really big crowd tonight that came out to support us. Scoring seven in the eighth inning was big and gave us some momentum, not just for the end of the game but to take into tomorrow."

Elliot Ashbeck picked up the win, despite allowing a run on two hits in the eighth. Evan Miller struck out one in a perfect ninth.