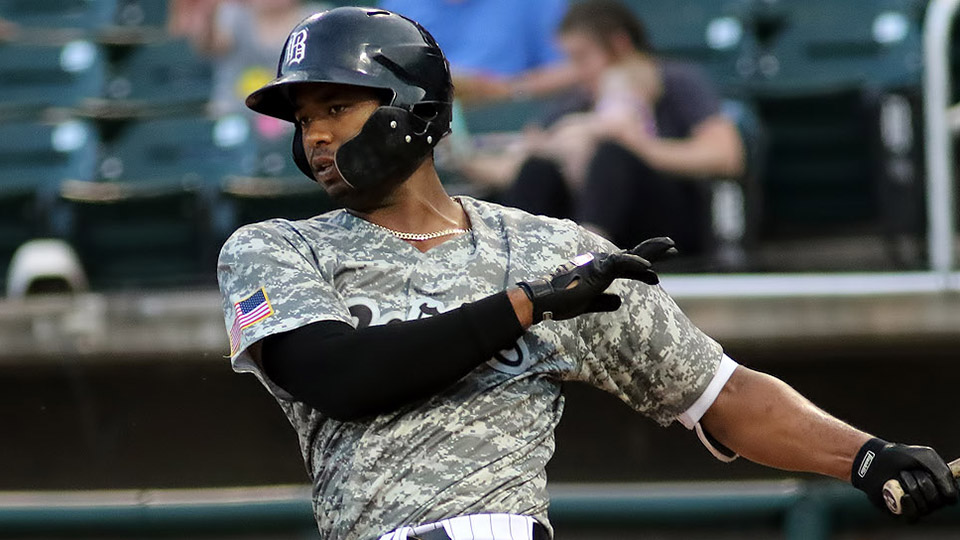 One of the biggest names in the Minor Leagues will take center stage at the Southern League All-Star Game in front of his home fans.

Birmingham's Eloy Jimenez, the third-ranked prospect in baseball, highlights a North Division roster that also features some of the hottest hitters in the circuit. Across from them, the South squad boasts a crew of strong arms, including Mobile's Griffin Canning, Jacksonville's Nick Neidert and Mississippi's Touki Toussaint.

The game is set for Tuesday, June 19 at Regions Field, home of the Barons.

Jimenez, the top White Sox prospect, will be joined by Birmingham teammate Zack Collins, who will assume catching duties and is the organization's No. 9 prospect. Jimenez has a .313/.361/.580 slash line with 10 home runs and 40 RBIs, while Collins is batting .278 with a .927 OPS.

Brandon Lowe, Tampa Bay's No. 15 prospect, leads the league in RBIs with 41 and will be among Montgomery's representatives on the North squad, which also features batting leader Juniel Querecuto (.369) as well as his Jackson teammate and fellow infielder Kevin Medrano (.363). Options in the outfield include Chattanooga's LaMonte Wade, Minnesota's 13th-ranked prospect.

Canning (Angels No. 8), a candidate to start for the Southern side, is in the midst of a 12 2/3 scoreless innings streak. Since being promoted to Double-A in April, the right-hander owns a 1.50 ERA after giving up only two runs over his last six starts. He's also been involved in a pair of BayBears no-nos.

Video: Canning picks up his eighth K for Mobile

There will be a heavy Biloxi presence in the South lineup with Jake Gatewood (Brewers No. 17) starting at first base and outfielders Corey Ray (No. 6) and Troy Stokes Jr. (No. 22) also making the team. Also selected for the midsummer classic were top Marlins prospect Monte Harrison and Pensacola's Shed Long (Cincinnati No. 6).

The complete North Division and South Division rosters can be found at those links. Rosters will be updated as additions are made due to promotion or injury.