Hooks' Beer gets Player of the Week nod 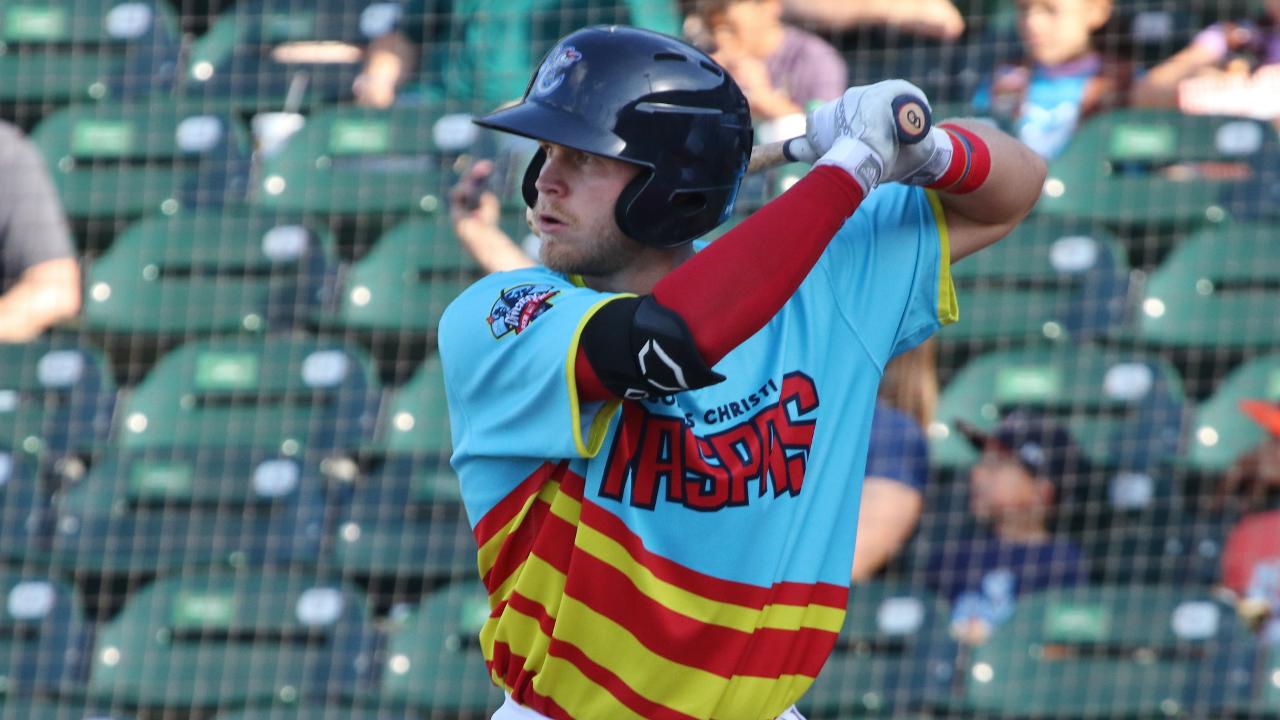 Seth Beer keeps pouring it on.

The Astros' No. 8 prospect earned Texas League Player of the Week honors with a .583/.665/1.042 slash line while homering in three straight games for Double-A Corpus Christi. It's his second time receiving such recognition this season -- he earned Carolina League honors as a member of the Fayetteville Woodpeckers in late April.

After going hitless Monday, Beer's big week truly opened with a three-hit outing against Frisco in which he finished a triple shy of the cycle and drove in three runs, thanks in part to a two-run shot in the fifth inning. He one-upped himself the next night with a four-hit effort against Frisco in which he laced a trio of singles after belting a solo homer in his first at-bat.

• View the Pitchers of the Week winners »

That momentum carried into Thursday as Beer delivered an Independence Day performance full of fireworks. He racked up a career-high five hits and cracked a solo homer in the Hooks' 22-5 triumph over Midland, driving in two runs and scoring four times. The big fly came in the sixth, another solo shot to left that marked his 10th Double-A homer and 19th overall on the season.

"I just tried to make it as simple as possible," Beer told MiLB.com's Tyler Maun after that performance. "Just try to see it and hit it, kind of like you would when you were a little kid, not try and think to much and just go out and compete. Things started clicking for me, and I started seeing the ball a little bit better and gaining confidence. That's a big thing when it comes to hitting."

After finishing the week with a pair of 1-for-3 performances, Beer upped his line to .319/.411/.546 through 44 games with Corpus Christi. He experienced similar success to open the season with Fayetteville, batting .328/.414/.602 over 35 games with the Woodpeckers before getting the bump up.

It would've been easy for a player to rest on his laurels a bit after a week like this, but not Beer. He says that in order to keep building on this success down the stretch, he'll need to avoid getting complacent and take advantage of every opportunity he gets.

"I think the biggest thing is just staying focused," he said. "You can have a couple good at-bats, come out with a couple big hits, and you can go, 'OK, that's enough for today' and mentally check out. That's been my biggest goal this year, no matter what the score is, no matter the situation, that I never give up an at-bat. I think that's one of the biggest changes I've had playing this many games in professional baseball. That was my goal this offseason, just to not give up any at-bats. That's something I'm trying to stick to."

Below is the complete list of Minor League Offensive Players of the Week for July 1-7: