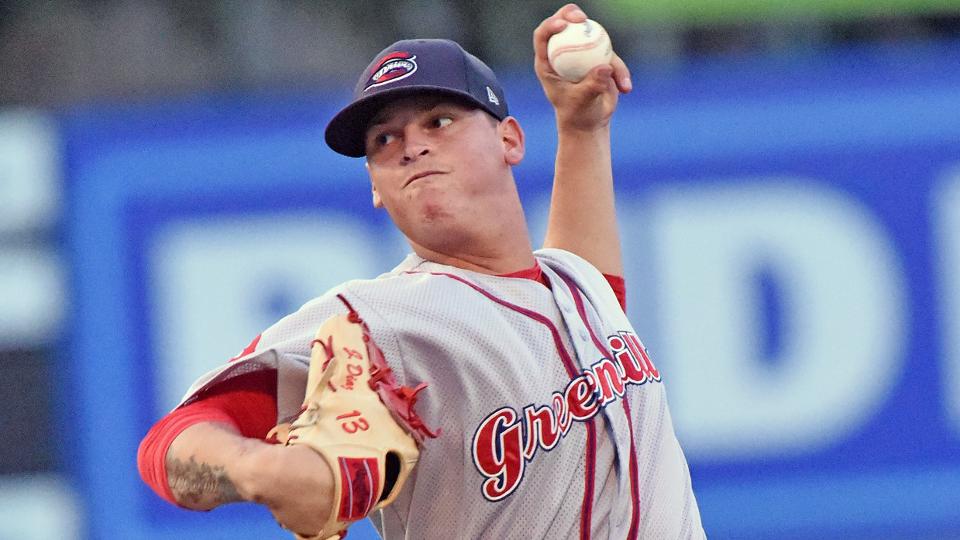 On his 21st birthday, Jhonathan Diaz gifted Class A Greenville a 2-0 lead in the South Atlantic League Championship Series with a dominant performance.

The Red Sox lefty allowed two hits and one walk while striking out seven over 6 1/3 frames as the Drive shut out the Intimidators, 2-0, in Game 2 of the best-of-5 series Wednesday at Intimidators Stadium.

Diaz (1-0) yielded five baserunners, none of whom made it past second base. Rehabbing White Sox outfielder Willy Garcia singled in the fourth inning and Casey Schroeder collected a knock in the fifth to account for the Intimidators' only hits off the 6-foot southpaw.

"He was very impressive," Greenville pitching coach Walter Miranda said. "He had an opportunity to pitch in the Finals and he wanted to be there and be part of the Finals. He did a great job commanding his pitches, minimizing damage and mixing [it] up."

Diaz had not taken the mound since his final start of the regular season on Sept. 3. After giving up six runs on 10 hits and three walks over five innings against Asheville, he had anxiously awaited a chance to craft a better ending to his season.

"He was waiting for this opportunity and saying he wanted to finish on a good note," Miranda said. "He kept himself in shape and got his work on the side. The opportunity came and he brought his best stuff. To me, it was his best outing of the year."

Dominating on his birthday only made the win sweeter for Diaz.

"He got the best gift," Miranda said with a laugh.

Hunter Smith replaced Diaz with one out and a man on first in the seventh after the starter reached his pitch limit. The 23-year-old right-hander gave up one hit over the final 2 2/3 frames to record his first save of the playoffs.

Brett Netzer put the Drive on the board in the first with an RBI single to left and Roldani Baldwin added a solo homer to left-center in the third.

Greenville can complete the sweep in Game 3 on Thursday at 7:05 p.m. ET in the friendly confines of Fluor Field.