It's the Sounds of silence for Palumbo 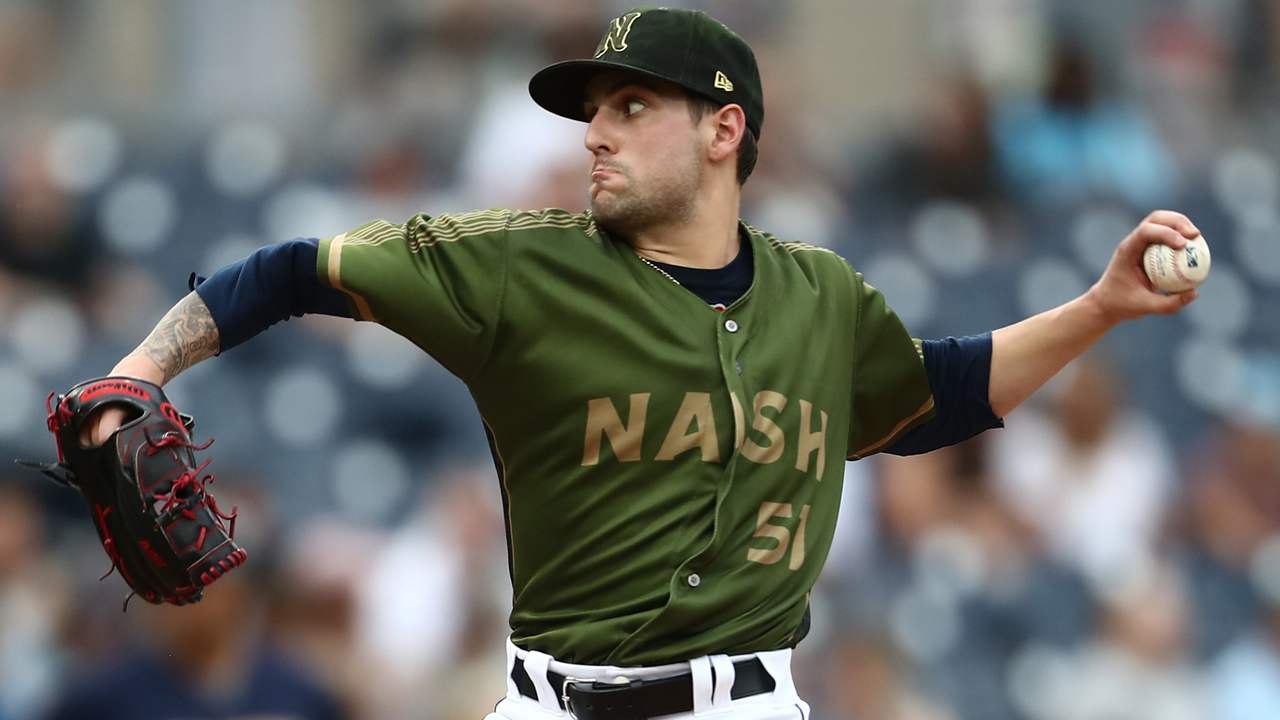 Joe Palumbo has made 20 total appearances between Double-A, Triple-A and the Majors this year. (Casey Gower/Nashville Sounds)

Moving back and forth between the Minors and Majors and between Double-A and Triple-A, Joe Palumbo hadn't finished the sixth inning in over four months. On Thursday, he did so emphatically.

"It was a good game," Palumbo said. "My arm and body felt really good. Me and (catcher) Jett Bandy, I felt like we were on a pretty good page throughout the whole night. I was just executing pitches the best I could to keep these guys off balance."

The left-hander was economical, distributing five outs on the fly along with four on the ground and never running into trouble. Palumbo (3-0) issued a two-out walk to Omaha's Erick Mejia in the top of the first inning and did the same with Jorge Bonifacio in the fourth, but neither runner moved past first base.

"I'd say first time through the order, I've always been a pretty heavy fastball guy," he said. "Curveball has really always been there, but then I'm also throwing a slider here and there. My changeup has been really good too. I was just keeping these guys off balance, keeping them honest and making them think that I can throw any pitch in any count at any given time."

Throughout the night, Palumbo mixed in strikeouts, fanning a pair in two innings -- including the final two batters he saw in the sixth. In total, the 2013 30th-round pick threw 81 pitches, 54 for strikes. The start was Palumbo's first without allowing an earned run since July 1 with Nashville and his first scoreless appearance since a three-inning stint on June 14 with Double-A Frisco.

"You just can't be scared," he said. "You've got to really trust your stuff. I like to go right after guys, like to challenge guys, and if they're not making adjustments, I'm not really going to change. Until they make an adjustment on me, you can figure out a good gameplan with guys."

The no-hit bid was in the back of his mind when the night came to an end for him.

"I knew," Palumbo said with a laugh. "I knew I hadn't given up a hit, but I wasn't thinking about that. I was just focused on executing pitches and getting my team back to the dugout as fast as possible so they could hit.

Palumbo was summoned to the big leagues for the first time on June 8, pitching four innings in a spot start for Texas against Oakland. The 24-year-old has made two more Major League appearances since, starting on June 19 against Cleveland and pitching three scoreless innings in relief on July 7 at Minnesota. Thursday's outing gave the southpaw a 2.67 ERA through six starts in Triple-A.

"At Double-A and above, you've really got to have good execution, especially at the big league level the few times I've been there," he explained. "You can't really afford to miss your spots. It's extremely important. Fastball command, I'm constantly working on that, and for a starter, I feel like that's the most important thing. Your offspeed plays off your fastball, so if the fastball's working, your offspeed stuff's going to work too the majority of the time."

After Palumbo's departure, Mejia ended the no-hit bid with a leadoff double to right field against Nashville reliever Joe Barlow, scoring three batters later on an RBI groundout to short by Chase d'Arnaud.

The Sounds got solo home runs from Bandy in the second inning, Eli White in the fourth and Nick Solak in the seventh. Ronald Guzman led the way with three hits and an RBI as Nashville overcame an 0-for-10 night from the heart of the lineup -- Patrick Wisdom, Scott Heineman and Matt Davidson.