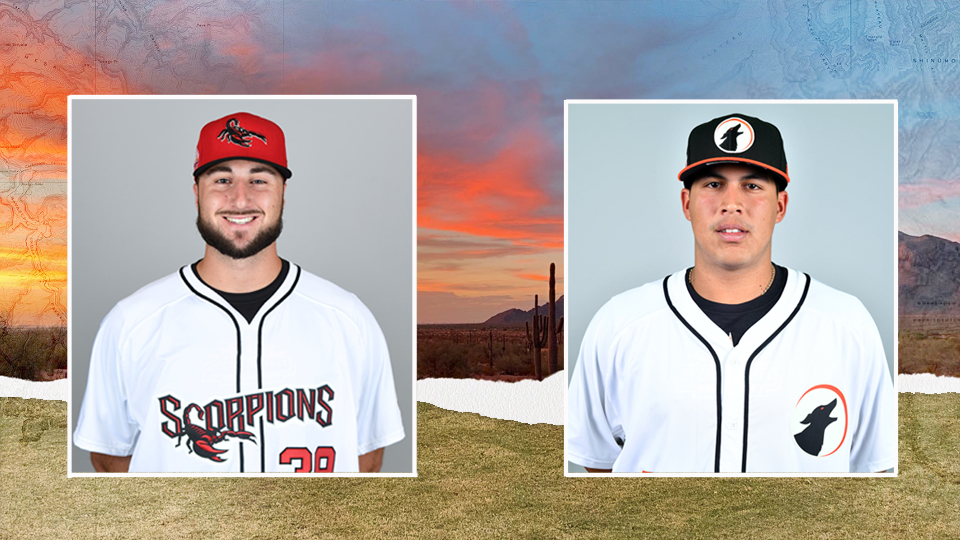 It's off to the races in the Arizona Fall League, and some of the circuit's prospects are already out to impressive starts.

Bart jumped out of the gate by homering twice in his first Fall League game last Wednesday and was one of only four AFL sluggers to go deep twice in the first week of play. He went 5-for-12 (.417) with the two dingers, a double and four walks over four games for the Scorpions and is the early league leader with a 1.000 slugging percentage and 1.563 OPS.

Ranked as the No. 20 overall prospect in the game by MLB.com, Bart is one of the top talents in this year's Fall League. The 22-year-old backstop hit .278/.328/.495 with 16 homers over 79 games between Class A Advanced San Jose and Double-A Richmond in his first full season but was limited by a hand fracture suffered on a hit-by-pitch in April. When healthy, the 2018 first-rounder receives plus grades for his power, arm and receiving tools.

Castaneda is not among the Brewers' top 30 prospects but is making a strong case to join the list. The 21-year-old right-hander made the most of his one start for Glendale last Saturday, giving up just one walk and fanning six over four scoreless innings in a 1-0 win over Scottsdale. The lone free pass came to the first batter Castaneda faced, but Scorpions leadoff hitter Nick Maton was quickly erased by a double play off the bat of Heliot Ramos. The Milwaukee righty was perfect the rest of the way. His six strikeouts are tied with Forrest Whitley for the most among AFL pitchers to make only one appearance in the first week, and his 0.25 WHIP also leads all starters.

The Mexico native was used primarily as a reliever in 2019, making only one start in his 32 appearances for Class A Wisconsin. He posted a 4.50 ERA and 1.32 WHIP with 53 strikeouts and 14 walks in 44 innings this season. The four-inning outing last week was his longest of 2019, besting the three frames he tossed for the Timber Rattlers on Sept. 2.