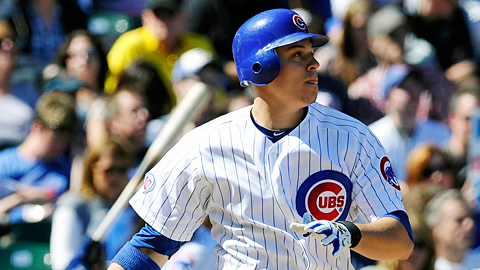 Johnny Giavotella (24) of Harahan, La., led Triple-A second baseman with a .338 average, 34 doubles, .390 on-base percentage and a .481 slugging percentage. His 158 hits with the Omaha Storm Chasers tied for the classification lead among those at his position. The Kansas City Royals selected Giavotella in the second round in 2008 out of the University of New Orleans.

Gil Velazquez (32) of Las Vegas, Nev., paced classification shortstops with a .328 average and 78 runs. He had eight homers, 25 doubles, 17 stolen bases and 58 RBIs with the Salt Lake Bees. After going hitless in his first game, Velazquez put together an 18-game hitting streak. He also had hit streaks stretching nine and 11 games. The Los Angeles Angels of Anaheim signed him as a free agent in December 2010.

Devin Mesoraco (23) of Lakeland, Fla., led Triple-A catchers with a .289 average, 36 doubles and 71 runs batted in. His slugging percentage (.484) and OPS (.855) with the Louisville Bats were best among IL backstops. The Cincinnati Reds drafted Mesoraco in the first round (No. 15 overall) out of high school in 2007.

Collin Cowgill (25) of Lexington, Ky., ranked second in the classification with a .354 average and third with a .430 on-base percentage. The Reno Aces outfielder was also among the PCL leaders in slugging (.554) and OPS (.984). The Arizona Diamondbacks selected Cowgill in the fifth round in 2008 out of the University of Kentucky.

Jai Miller (26) of Selma, Ala., led Triple-A outfielders in slugging (.588). The center fielder's 32 home runs for the Sacramento River Cats were second best in Triple-A and his .956 OPS ranked third among Triple-A outfielders. The Oakland Athletics inked Miller as a free agent last November.

Julio Teheran (20) of Cartagena, Columbia, led Triple-A with 15 wins. The Gwinnett Braves right-hander tied for second in the classification with his 2.55 ERA and .232 average against in earning IL Most Valuable Pitcher and Rookie of the Year honors. Teheran, who was selected as the Topps Player of the Year in the IL, struck out 122 in 144 2/3 innings. The Atlanta Braves signed him as a nondrafted free agent in July 2007.