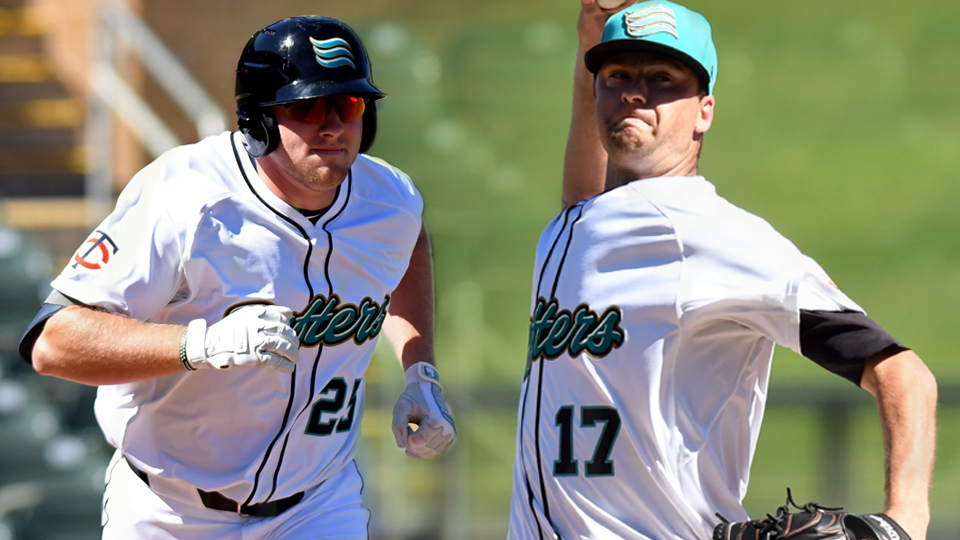 The Salt River Rafters will play in the Arizona Fall League championship game on Saturday as the East Division winners. But before then, two of their players picked up some individual honors of their own.

Raley led all AFL players in hits (nine) and total bases (17) over his six games last week, posting a .391/.417/.739 line with two homers, two doubles and three RBIs. His signature performance was a 4-for-4 showing with two homers and a double last Saturday in an 8-1 win over Surprise. The 25-year-old outfielder entered the week with a .163 average and .511 OPS in the Fall League but bumped those up to .236 and .713 by the end of the period.

The 2016 seventh-rounder, who was traded from the Dodgers to the Twins at the 2018 deadline in a move that sent Brian Dozier the other way, hit .302/.362/.516 with seven homers and six doubles in 33 games with Triple-A Rochester during the regular season. He was limited by a dislocated tendon in his left ankle and didn't play for the International League club after May 18, only returning for five rehab games in the Gulf Coast League at the end of August.

Goudeau made two sparkling appearances out of the Rafters bullpen last week, striking out seven and allowing just one hit and no walks over four scoreless innings. The Rockies prospect has yet to give an earned run over 13 innings in Fall League play, fanning 18 without giving up a walk. His 13 frames are the most by any AFL pitcher with a 0.00 ERA, and his 0.31 WHIP is the lowest by any AFL pitcher with double-digit innings.

Goudeau signed with the Rockies as a Minor League free agent last offseason and took off in his new home. He finished with a 2.07 ERA, 0.92 WHIP, 91 strikeouts and 12 walks in 78 1/3 innings at Double-A Hartford.