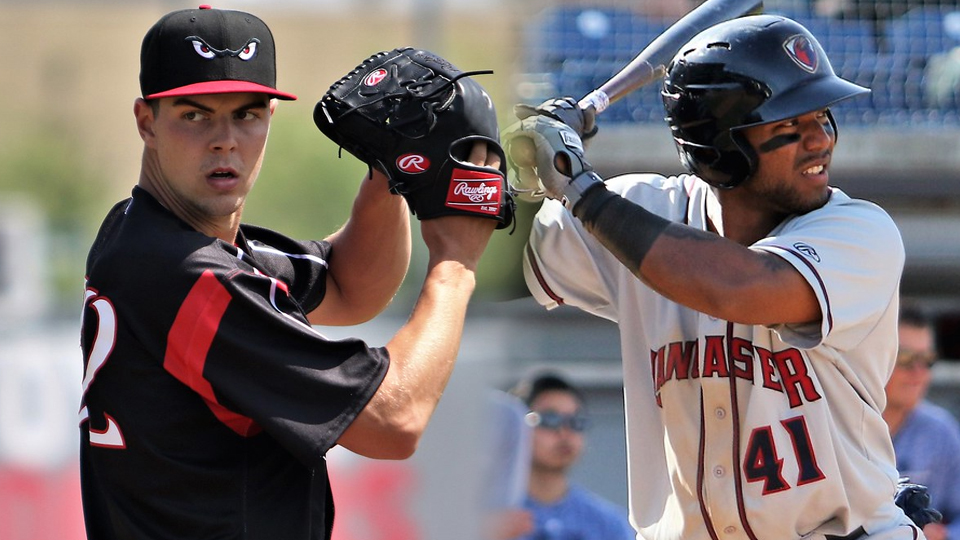 The California League is one of Minor League Baseball's most notorious hitter-friendly circuits, but its most high-profile All-Star in 2019 is a player that toes the rubber.

The No. 2 Padres prospect, Gore has only increased his stock with the way he's taken to the Class A Advanced circuit in his second full season. The 20-year-old ranks third among Minor League qualifiers with a 1.13 ERA and second with a 0.68 WHIP over 55 2/3 innings for the Storm. He has struck out 77 (second-most in the Cal League) and walked only 11. Barring a promotion to Double-A Amarillo, he would be the favorite to serve as the South Division starter, though that has not yet been announced.

The South's other Top 100 prospect is also a hurler, No. 96 Ryan Rolison. The Lancaster lefty has a 3.15 ERA with 49 strikeouts in 45 2/3 innings since the Rockies promoted him from Class A Asheville on April 22.

That All-Star squad will also boast the Cal League's most productive hitter of the season so far. Castro, a 23-year-old slugger, leads the league with 12 homers, 40 walks, a .435 on-base percentage, .545 slugging percentage and .980 OPS over 53 games for the JetHawks.

The North Division roster has one Top 100 prospect -- No. 74 Heliot Ramos, who is hitting .302/.420/.594 with seven homers in 28 games for San Jose. The 19-year-old outfielder missed a month with a knee injury but still earned his spot with his stellar play. He'll be joined in the North outfield by No. 4 Athletics prospect Lazaro Armenteros, a 20-year-old with a .233/.365/.435 line, nine homers and seven steals in 54 games for Stockton. His 37 walks rank second in the Cal League.

The North pitching staff is highlighted by No. 30 Mariners prospect Ljay Newsome. The Modesto right-hander ranks second in the Minors with 89 strikeouts over 66 innings, and with just six walks allowed, his 12.7 K/BB ratio is third-best among Minor League qualifiers. Newsome sports a 3.55 ERA and 1.14 WHIP in 12 starts for the Nuts.

Rosters (linked above) may be updated leading up to the game due to promotions or injuries.