No. 85 overall prospect expected to miss four to six weeks 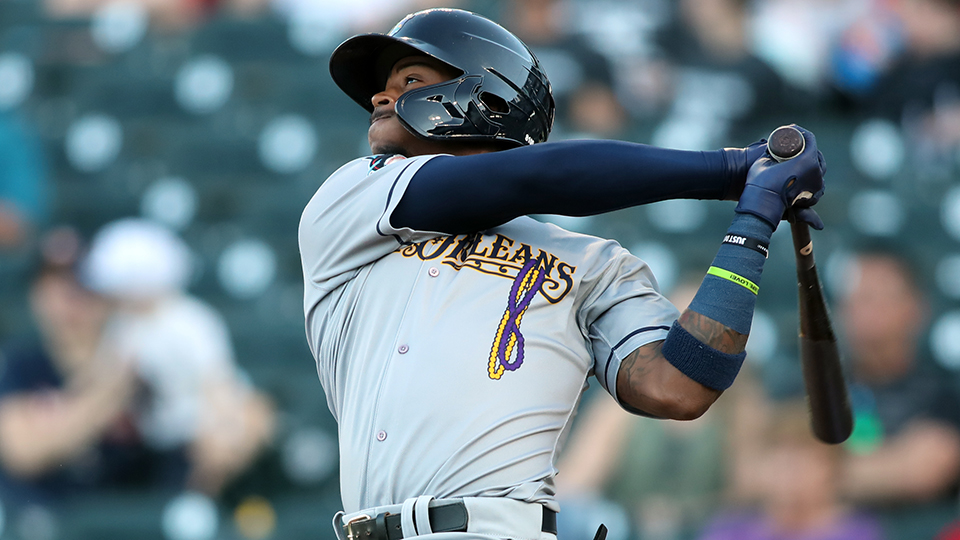 Monte Harrison hasn't played a game since June 27. That won't change for at least another four weeks.

The second-ranked Marlins prospect underwent surgery on his right wrist over the All-Star break, the team announced Friday. Harrison, who has spent the entire season with Triple-A New Orleans, sustained the injury diving for a ball in the outfield on June 26 and was placed on the seven-day injured list on July 6.

Harrison is batting .284 with an .851 OPS -- both of which are career highs -- before going down. He owns a 10-game hitting streak, despite not playing over the last three weeks, and earned his first selection to the All-Star Futures Game earlier this month.

The Brewers selected Harrison out of a Missouri high school in the second round of the 2014 Draft. Ranked as MLB.com's No. 85 overall prospect, the 23-year-old came to the Marlins organization in the January 2018 trade that sent Christian Yelich to Milwaukee.