No. 9 overall prospect has wrist injury, expected to return in April 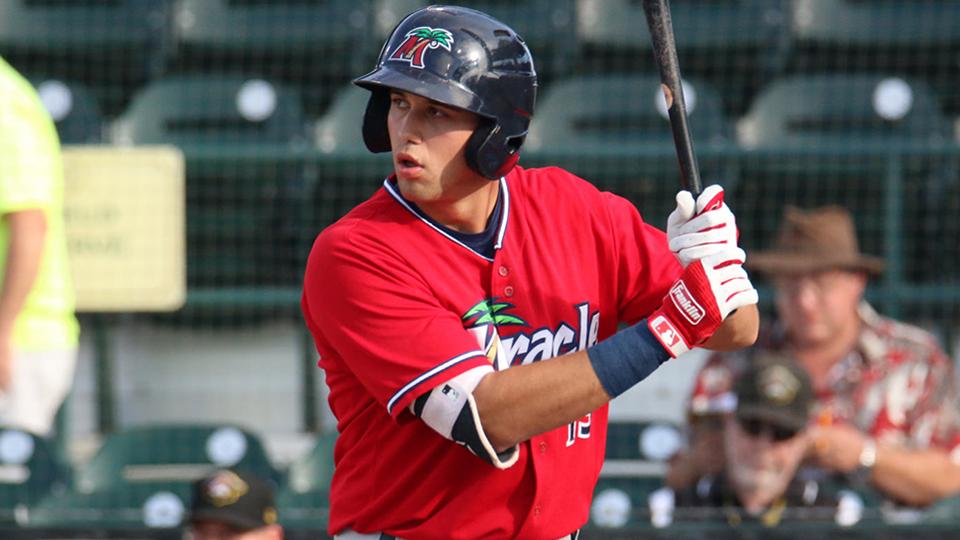 Alex Kirilloff has produced a .918 OPS over 185 career games in the Minor Leagues. (Joshua Tjiong/MiLB.com)

The good news: Alex Kirilloff is likely to make his 2019 debut with Double-A Pensacola. The bad news: that season debut will be delayed.

The No. 9 overall prospect will open the season on the injured list with a minor wrist injury that he sustained late in Spring Training, the Southern League club noted in its Opening Day roster announcement Monday. The club added that Kirilloff is expected to return to the field in April, indicating it shouldn't be a long IL stint.

Kirilloff is coming off a dominant 2018. After missing all of 2017 following Tommy John surgery, he led the Minors with 71 extra-base hits between Class A Cedar Rapids and Class A Advanced Fort Myers. He finished with a .348/.392/.578 line, ranking third among full-season Minor Leaguers in average, sixth in slugging and 11th in OPS (.970). That performance earned him a non-roster invite to Major League Spring Training, and Kirilloff held his own by going 8-for-26 (.308) in 10 games in the Grapefruit League before being reassigned on March 8.

The 21-year-old outfielder enters the season as MLB.com's second-ranked Twins prospect behind only Royce Lewis, who will open back in Fort Myers, and the fourth-best outfield prospect behind Major Leaguers Eloy Jimenez, Victor Robles and the near Major League-ready Kyle Tucker. Along with Lewis, Minnesota believes Kirilloff should be a franchise cornerstone given what he's shown offensively in his young career.

"There's no panic. He can hit any kind of pitch, he can cover any part of the zone. He's going to hit at the end of the day," Twins director of player development Mike Radcliff told MiLB.com last month. "His swing was eminent as an amateur, and it continues to be his most obvious asset. We see it as the fundamental part of his impact on the future of our team."

When he does suit up for the Blue Wahoos, Kirilloff won't be the only Top-100 prospect on the Pensacola roster. No. 67 Brusdar Graterol will also open in the Southern League after posting a 2.74 ERA with 107 strikeouts and 28 walks in 102 innings between Cedar Rapids and Fort Myers last season. The 20-year-old right-hander is known for his 70-grade fastball, plus slider and impressive control.

In other Twins injury news, No. 10 prospect Nick Gordon and No. 11 Stephen Gonsalves will both open in the season on the Triple-A Rochester IL. Gordon is out with acute gastritis while Gonsalves is on the shelf with a left elbow flexor/pronator strain.