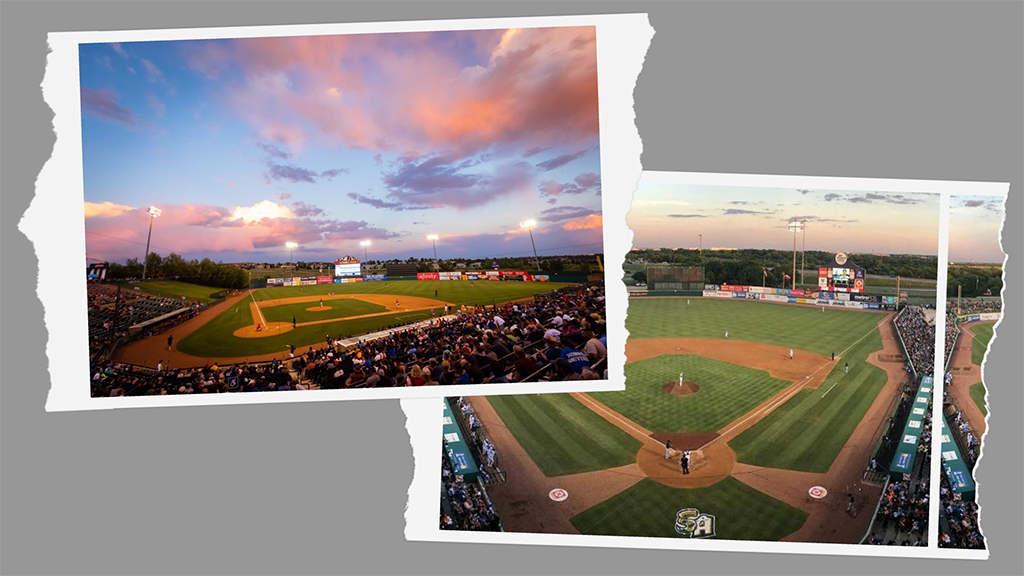 Minor League Baseball released its annual attendance totals Tuesday, and the news was good. A total of 41,504,077 attended a Minor League game in 2019, a number that encompassed 176 teams in 15 leagues. This was a 2.6 percent increase over 2018, representing the largest year-over-year gain since 2006-07.

What led to this increase? One can point to a number of factors, including better weather (the 2018 season got off to a notoriously frigid start), big gains throughout the Mexican League (the only unaffiliated circuit counted in the totals) and the success of industry-wide promotional initiatives such as Pride Nights and Copa de la Diversión that tapped into previously underserved portions of the fan base.

But perhaps the biggest factor in Minor League Baseball's 2019 gain was teams playing in new ballparks and/or new locations. Amarillo, Fayetteville and Las Vegas opened new stadiums in 2019, while San Antonio made its debut in the Pacific Coast League and Colorado Springs played its first season in the Pioneer League. These five franchises were responsible for the five biggest year-over-year gains in all of affiliated baseball. Let's take a look:

Las Vegas Aviators: 650,934
2018: 332,224 (playing as the Las Vegas 51s at Cashman Field)
Gain: 318,710
The Las Vegas 51s finished 14th in the 16-team Pacific Coast League in attendance in 2018, their 36th and final season at beleaguered Cashman Field. During the offseason, they changed their name to the Aviators, switched affiliation from the Mets to the Athletics and moved into Las Vegas Ballpark. Fans responded to their sleek and shiny Summerlin surroundings in a big way as the Aviators led all of affiliated baseball in attendance in 2019. In fact, they were the only affiliated team to cross the 600,000 threshold and the first to pass the 650,000 mark since the 2015 Sacramento River Cats.

Fayetteville Woodpeckers: 246,961
2018: 24,068 (playing as the Buies Creek Astros at Jim Perry Stadium)
Gain: 222,893
When the California League contracted following the 2016 campaign, it resulted in a corresponding expansion of the Carolina League. The Down East Wood Ducks and Buies Creek Astros joined the Class A Advanced circuit in 2017; the latter a stopgap entity operating on the campus of Campbell University until a new ballpark was built in Fayetteville. That ballpark, Segra Stadium, opened in April as the home of the Woodpeckers. Fayettevillians, who had been without affiliated Minor League Baseball since the Cape Fear Crocs departed following the 2000 campaign, flocked to the new facility. The Woodpeckers, who lost the Carolina League championship, ranked third in the Carolina League with an average of 3,632 fans a game.

Rocky Mountain Vibes: 137,294
2018: 31,086 (playing as the Helena Brewers at Kindrick Legion Field)
Gain:106,208
Colorado Springs was a key player in a game of Minor League musical chairs that took place prior to the 2019 season, all involving teams owned by the Elmore Sports Group. The Triple-A Colorado Springs Sky Sox relocated to San Antonio, where they became the Missions. The previously existing Double-A San Antonio Missions moved to Amarillo as the Sod Poodles, while the Pioneer League's Helena Brewers relocated to Colorado Springs and rebranded as the Rocky Mountain Vibes. This move, which tied into the subsequent two entries in this article, worked out for all the entities involved. The Vibes, a Rookie Advanced Milwaukee affiliate playing at what had been the Sky Sox's former home of UC Health Field (previously known as Security Service Field), finished second in the Pioneer League in attendance. Their average crowd of 3,923 was comparable to what the Sky Sox had drawn the previous season at the same ballpark (4,104). It was over four times larger than the 840 average that the Helena Brewers mustered before relocating to Colorado Springs.

Amarillo Sod Poodles: 427,791
2018: 327,276 (playing as the San Antonio Missions at Nelson W. Wolff Municipal Stadium)
Gain: 100,515
Prior to the arrival of the Sod Poodles, Amarillo hadn't fielded an affiliated team since 1982. That team, the Gold Sox, was -- like the Sod Poodles -- a Double-A Texas League San Diego Padres affiliate. The Soddies, as they are affectionately known throughout the region, finished second in the league in attendance behind the perennial powerhouse that is the Frisco RoughRiders. Their home of HODGETOWN quickly gained a reputation for having a raucous atmosphere; the team's fervent supporters were rewarded with a postseason bid that culminated in a Texas League championship. As mentioned in the entry above, the Sod Poodles replaced the San Antonio Missions in the Texas League.

San Antonio Missions: 337,484
2018: 262,657 (playing as the Colorado Springs Sky Sox at Security Service Field)
Gain: 74,827
The Double-A Missions moved to Amarillo, but San Antonio didn't miss a beat. The "new" Missions, previously the Colorado Springs Sky Sox, moved up a level of play and competed as Milwaukee's Triple-A affiliate in the Pacific Coast League. The uptick in skill level resulted in a slight uptick at the gate at Wolff Stadium as the Missions drew approximately 10,000 more fans than they did in 2018 (albeit while playing two more home dates). More significant was the fact the Missions drew approximately 75,000 more fans than the Sky Sox, whom they replaced in the Pacific Coast League.

The above five franchises combined to bring in 823,153 more fans than they did in 2018, representing approximately 78 percent of Minor League Baseball's overall 2019 attendance gain. Similar growth seems possible in 2020 as new ballparks are slated to open in Wichita, Kansas; Madison, Alabama; Kannapolis, North Carolina and Fredericksburg, Virginia.