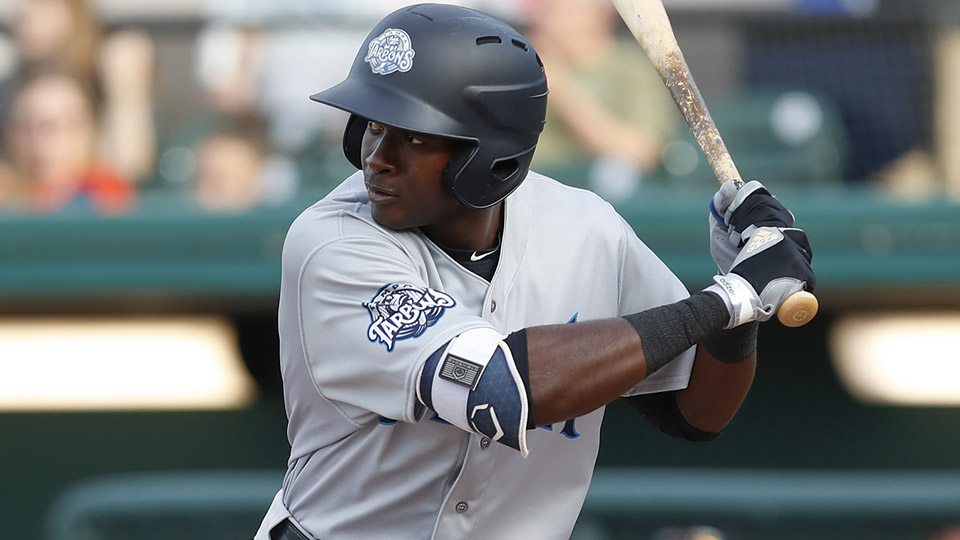 The Yankees are hoping to see Estevan Florial's good side this spring.

Florial is a Top-100 prospect due to his plus speed, fielding and arm strength -- all of which come in handy in center field.

However, the 21-year-old left-handed hitter's play at the plate raises questions about his potential. The Dominican Republic native has struggled to make consistent contact in his last two Minor League seasons, notably striking out in 25.7 percent of his plate appearances with Class A Advanced Tampa in 2018. He had a .255/.354/.361 line with three homers and 11 stolen bases in 75 Florida State League games. He was sidelined for nearly two months by a broken hamate bone suffered in mid-May. Florial made up the lost time in the Arizona Fall League but didn't fare much better offensively, posting a .179/.236/.244 line with 29 strikeouts over 21 games.

The possibility that Florial could develop into a five-tool outfielder remains tantalizing for New York, though, and he returns to Spring Training camp in Tampa as the club's top prospect.

No. 22 Michael King was the only other prospect ranked among the Yankees' top 30 to receive an invitation. The 23-year-old right-hander led the farm system with a 1.79 ERA, 152 strikeouts and 0.91 WHIP over 161 1/3 innings between Tampa, Double-A Trenton and Triple-A Scranton/Wilkes-Barre last year.

Pitchers and catchers are expected to report to Yankees camp on Feb. 13 with position players arriving in Tampa five days later.