Left-hander brings total of MLB Alumni for Missoula to 38 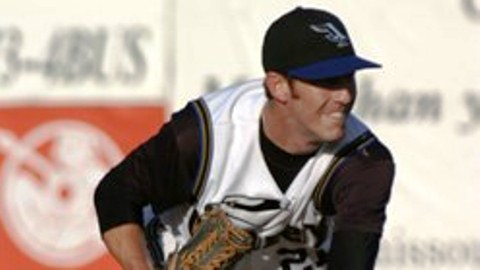 Tom Layne has quietly emerged as a solid reliever, so much so that the San Diego Padres have called up the left-handed pitcher to the Major Leagues.

That move, which was made back on August 14, made Layne the second former Osprey player to make his Major League debut this season, and 38th since the franchise began play in Missoula in 1999.

Layne, who was in the starting rotation for the Osprey in 2007, has allowed just one hit in 4 1/3 innings pitched, spanning five starts, including a save earned on Wednesday in a Padres' win over the Pittsburgh Pirates, since his promotion.

Layne, a product of Mt. Olive College who hails from St Louis, Missouri, struggled at the Triple-A level this season. In 10 appearances, including nine starts, Layne was 0-5 with a 9.00 ERA between Reno and Tucson, where he ended up after the Arizona Diamondbacks traded the lefty in late April. Soon, Layne found himself at Double-A San Antonio.

After three outings, including two starts, and a 6.00 ERA, Layne was moved into the bullpen, where he flourished. As a reliever, Layne posted a 0-3 mark with a save and a 1.05 ERA in 30 outings, spanning 25 2/3 innings pitched while becoming a left-handed specialist, keeping left-handed batters to a .182 batting average against.

The Osprey will return home for a two-game series with the Great Falls Voyagers on August 28-29. Tickets are available now at the MSO Hub Box Office, located at 140 North Higgins in Downtown Missoula, online at MissoulaOsprey.com and by phone (406) 543-3300.