Promo Preview: Lollygaggers on the field 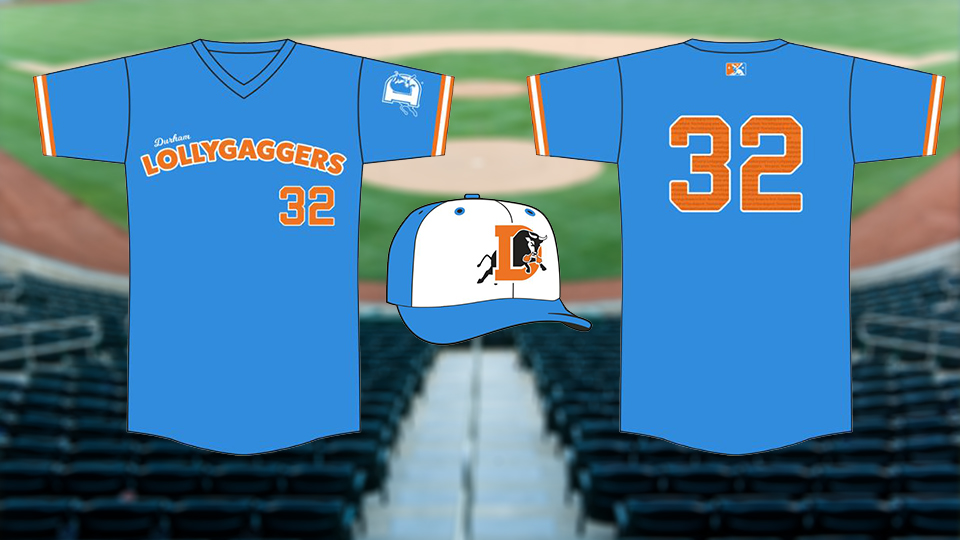 The answer to this question, uttered by Skip (Trey Wilson) during a locker room tirade in the movie "Bull Durham," is, of course, lollygaggers. On Friday, the Durham Bulls pay tribute to this scene by actually playing a game as the Lollygaggers. The International League franchise, Triple-A affiliate of the Tampa Bay Rays, will take the field in powder blue jerseys with "Lollygaggers" emblazoned across the front.

"Bull Durham," directed by former Minor League player Ron Shelton, told the story of a fictional Durham Bulls team. The movie's box office success dramatically raised the profile of the real-life Bulls, helping pave the way for a downtown stadium (Durham Bulls Athletic Park) as well as the team's 1998 transition from the Class A Advanced Carolina League to the International League. The team has staged numerous "Bull Durham" promotions in the past, including last season's 30th anniversary tribute.

"I think when we celebrated the 30th anniversary last season, it was the first time we revisited it as a promotion since the 25th anniversary," said Matt Sutor, the Bulls director of marketing and communications. "We began to ask ourselves, 'Why aren't we doing more with this?' We did throwback jerseys last year. How can we make this different every year and still honor the movie? It's one of the most quotable movies of all time, and the lollygaggers scene really stuck out."

Sutor called that scene "iconic," but also said it was "ironic" that the Bulls were adopting the name Lollygaggers. The team has won the International League title in each of the past two seasons, and six times over the last 17. This is not a track record associated with lollygagging, a state of unfocused, uncaring idleness that so enraged Skip in the movie.

"For another team, it might be a concern [to adopt the Lollygaggers' name]," he said. "But we are the Bulls and this movie is quote-unquote about us. We felt comfortable it would be associated with the team in a positive light. It's still a cult classic 30 years later. Our fans find it fun, and on a national level people find it fun."

Friday's Lollygaggers uniforms will be auctioned off after the game, with proceeds benefiting the Autism Society of North Carolina. Sutor describes the color scheme as "powder blue and off-orange." In a unique twist, the numbers on the backs of the uniforms contain dialogue from the scene in question.

"The idea was to give it a little '80s feel with the powder blue, given how popular that kind of uniform was in the '80s," he said. "That was the basis for our vision for the uniform, and then we took it one step further. We knew what the Bulls were wearing in 1988. If they were to play as the Lollygaggers, what font would they use? Would it be fun, or downtrodden? The font we ended up with, we're saying this is fun. Skip was calling those guys lollygaggers in a fun way. He was trying to motivate them."

During the ballgame, the Bulls will bring back elements from last season's 30th anniversary "Bull Durham" celebration. Odes to the movie will play on the videoboard, and racing mascots Nuke, Crash and Annie will compete on the field. Between-inning contests include a "Hold it like an egg race," referencing the baseball-gripping advice that Crash Davis imparts on Nuke LaLoosh during a mound visit.

The Durham Bulls' Bull Durham Racers made their debut in 2013.

And if all goes according to plan, there'll be more where this came from.

"We already have an idea for 2020. I'll keep that under wraps for now," Sutor said. "That's the benefit of being associated with one of the most quotable movies of all time. We've got years of material at our disposal. It's just a matter of which one we'll tap in to."