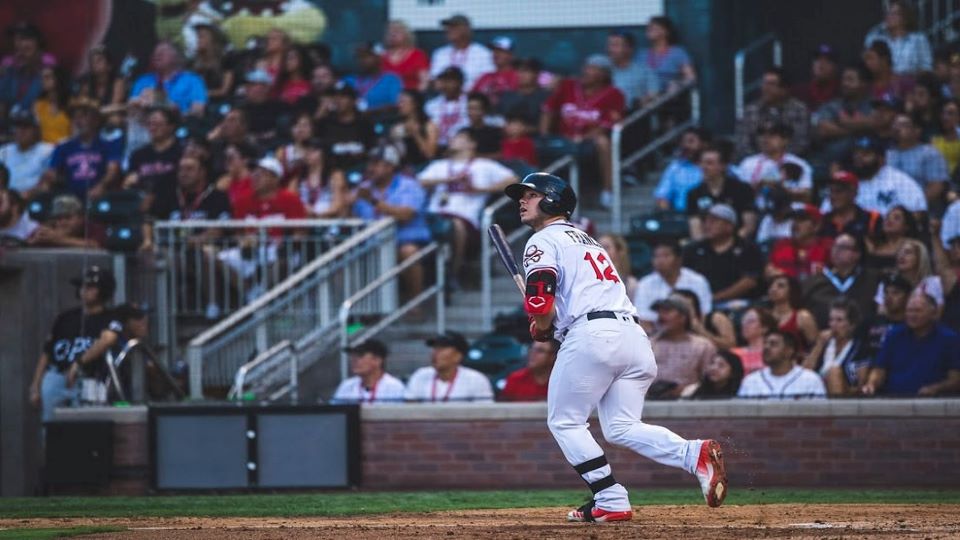 It would be an understatement to say Ty France is having a good season.

The Padres' No. 24 prospect continued his dominance of Pacific Coast League pitching on Saturday night, homering twice and driving in all three runs in Triple-A El Paso's 5-3 loss to Memphis at AutoZone Park. It was his third straight multi-hit game and sixth in the last 10 contests, a stretch during which he's hitting .523 with 17 RBIs.

The 25-year-old wasted no time making an impact Saturday, clobbering a two-out solo shot to left field in the opening inning on the first pitch from Cardinals No. 11 prospect Genesis Cabrera. When he returned to the plate in the fourth, he tagged the left-hander again, this time barreling an RBI double to left-center that extended the Chihuahuas' lead to 2-0.

After Memphis took the lead in the sixth, France stepped up one more time. The San Diego State product worked the count to 3-1 against Cabrera before uncorking his 26th homer of the season to left. The blast completed his sixth multi-homer game of the season and knotted the game at 3-3.

France debuted with the Padres in late April when Fernando Tatis Jr. was placed on the injured list with a strained hamstring. In 34 games with San Diego, he batted .235 with two homers an 10 RBIs. When Tatis was cleared to play in early June, France returned to the PCL.

Since then, he's become one of the circuit's most feared hitters. The 25-year-old leads all Triple-A players with a .402 average and 1.270 OPS and is tied for fourth in the PCL in homers. He represented host El Paso in the Triple-A All-Star Home Run Derby and went on to club a big fly for in the All-Star Game.

Cabrera fanned nine batters for the second straight start, giving up three runs on four hits and a walk over seven innings.