Ogden will play for first Pioneer League championship since 1969 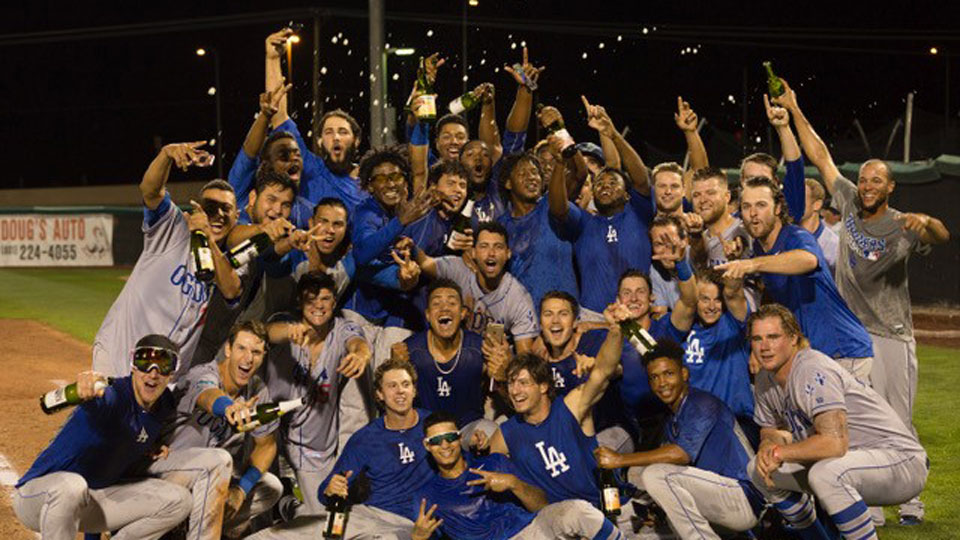 Ogden will seek its first Pioneer League championship since the last title of a four-peat in 1969. (Kevin Johnson)

Romer Cuadrado turns 20 years old Tuesday, and on the eve of his birthday, the slugger racked up presents for himself and his team.

Cuadrado belted a grand slam to spark his club and finished a triple short of the cycle on a career-best 5-for-5 night as Rookie-level Ogden beat Orem, 7-3, to finish off a two-game sweep in the Pioneer League South Division Championship Series.

"The guys are definitely excited, but they're excited to play," Raptors manager Mark Kertenian said. "It's a good feeling. It wasn't a completion type of feeling. I think we're where we need to be emotionally, and we're going to have to play hard from there."

Cuadrado singled to center field in the first inning, but gave Ogden a huge boost by greeting Owlz reliever Isaac Mattson with a grand slam to center in the next frame.

"We were excited like we would be in any situation that that happens, but the guys showed maturity in maintaining themselves to play a good baseball game and do what they've been working on doing," Kertenian said. "They've seen the best way to play with this group which is a little bit less emotional maybe than other groups at the same stage or age. They've done a good job finding their maturity and sticking to it."

Cuadrado continued to pile up hits. The right fielder beat out on an infield single to third in the fourth and doubled to left in the sixth to eclipse his previous single-game career high of three hits. An eighth-inning single to left finished off his perfect night at the plate.

"He plays hard every single night on all sides of the baseball," said Kertenian, lauding his player's ability to contribute defensively and on the basepaths as well. "He's very young, but he's been steady. He's been our steadiest hitter all year. Behind all of that is a young man who's 19 years old, turns 20 tomorrow, from Venezuela, which is a challenging place to be in our world right now. He shows grit and determination and true character every single day."

Ogden eliminated an Orem team that finished the year with a record 2.5 games better than the Raptors and won nine of 16 matchups between the two clubs. The Raptors head to the Pioneer League Finals in search of Ogden's first championship since a four-peat for the Ogden Dodgers from 1966-69. The club has lost in four appearances since, including three straight from 2010-12.

"It feels good for the group, but again, they know how they need to approach things to continue [to do] well," Kertenian said. "It was a great place, great opponent to play in this series. We've had great battles all year, excellent, competitive games. Our guys stepped up tonight and played good baseball."

In other Pioneer League playoff action:

Great Falls broke out with a six-run fourth inning while sweeping Missoula out of the postseason. David Cronin hit an RBI double to right and Craig Dedelow followed with a three-run homer in the pivotal inning. The Voyagers went 4-for-6 with runners in scoring position. Nate Nolan also homered and drove in three for the victors, who last won a Pioneer League title in 2011 -- over Ogden. Gameday box score