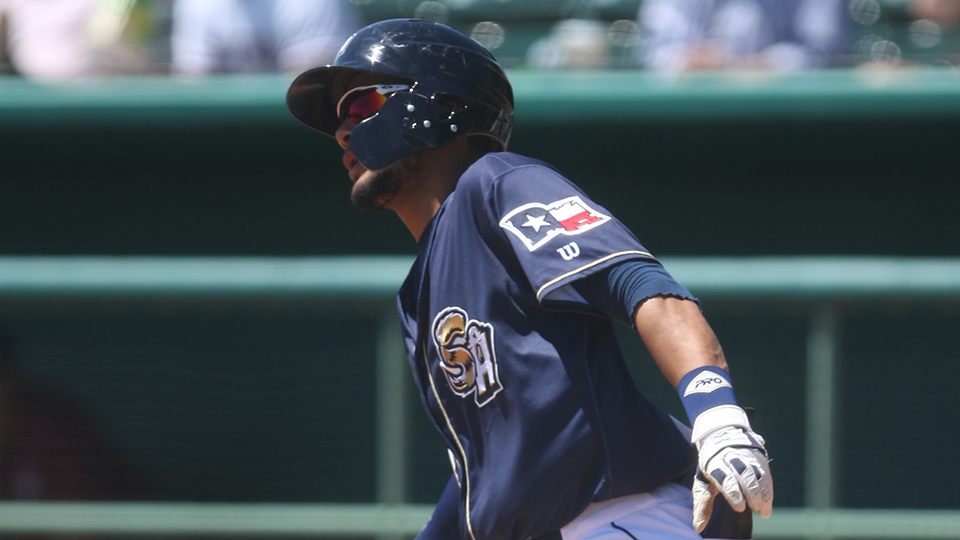 Fernando Tatis Jr. might not be off to the eye-popping start some expected of him, but he'll be quieting doubters with more performance's like the one he had on Tuesday.

The top-ranked Padres prospect recorded his first multi-homer game of the season and made a sparkling defensive play at shortstop in Double-A San Antonio's 5-2, 10-inning loss to Frisco at Nelson Wolff Stadium.

Video: Tatis Jr. put San Antonio on the board with a homer

After a promotion to the Texas League last August, Tatis batted .255 with a homer and six RBIs in 14 contests. But MLB.com's No. 8 overall prospect faced some adversity early this season, hitting .183/.192/.296 through 17 games. Tatis raised his average 17 points with the two-homer night.

The 19-year-old grounded out twice but delivered in the sixth inning. With one out, Tatis took the first pitch from Rangers No. 19 prospect Ariel Jurado before depositing the next one over the left field fence.

Half an inning later, Tatis made his mark on the other side of the ball. With runners on the corners and two outs, Michael O'Neill flared a soft liner into left field. Racing onto the outfield grass, the native of the Dominican Republic leaped into the air to snag the ball and deny the RoughRiders at least a run.

It didn't take long for Tatis to impact the game again as he led off the bottom of the ninth by sending Adam Choplick's 1-1 delivery over the right-center field wall for his third roundtripper of the season.

It was just the second time he's gone deep twice in a game, also accomplishing the feat for Class A Fort Wayne last July 12. Tatis has 29 homers and a .815 OPS in 204 Minor League games.