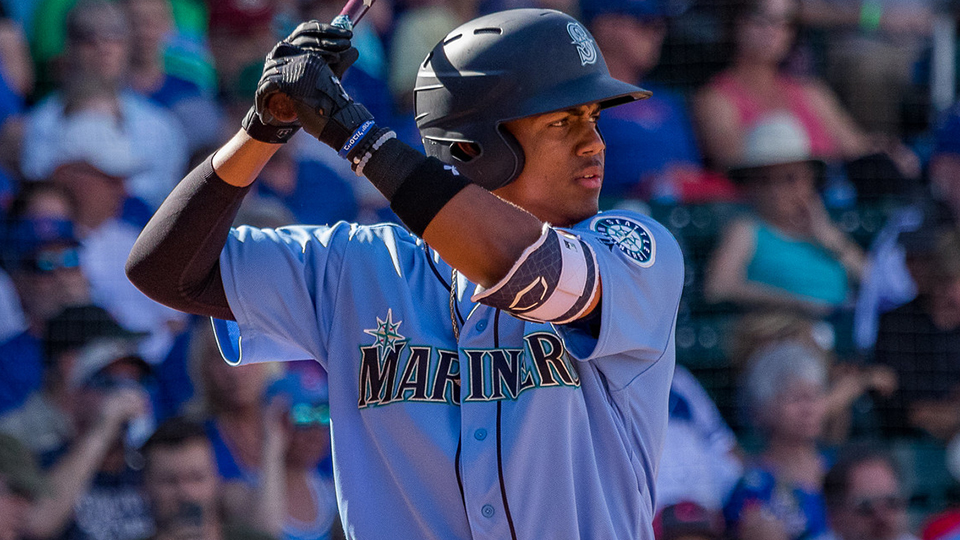 Julio Rodriguez's fast start to his first stateside season has come to an unfortunate stop.

The Mariners' No. 5 prospect was placed on Class A West Virginia's injured list Friday. According to Corey Brock of The Athletic, he has a hairline fracture in his left hand. He is expected to miss four to six weeks, according to MLB.com's Greg Johns.

Rodriguez suffered the injury last Friday when he was hit in the hand on a first-inning pitch from Augusta right-hander Jake Wong. He immediately left the game and was replaced by a pinch runner. The Mariners initially didn't expect Rodriguez to miss much time as director of player development Andy McKay told Johns the initial X-rays revealed no fracture, meaning Rodriguez would be day-to-day. However, he didn't see action this week and was moved to the IL officially Friday.

The 18-year-old outfielder flew out of the gate with West Virginia, going 11-for-31 (.355) with three doubles and four walks over his first nine South Atlantic League games.

Signed for $1.75 million in July 2017, the Dominican Republic native put himself firmly on the map in the Dominican Summer League last season, hitting .315/.404/.525 with five homers, nines triples and 13 doubles in 59 games. His above-average power and arm are his best tools, but he also has the chance to develop into a talented overall hitter. The Mariners tested those skills by giving him five games in the Cactus League this spring, and he answered the bell by going 4-for-7 with a double in that span.

By skipping over the Arizona League and Class A Short Season Everett, Rodriguez opened the 2019 season as the fourth-youngest player in the Sally League and the fifth-youngest in all of Class A.