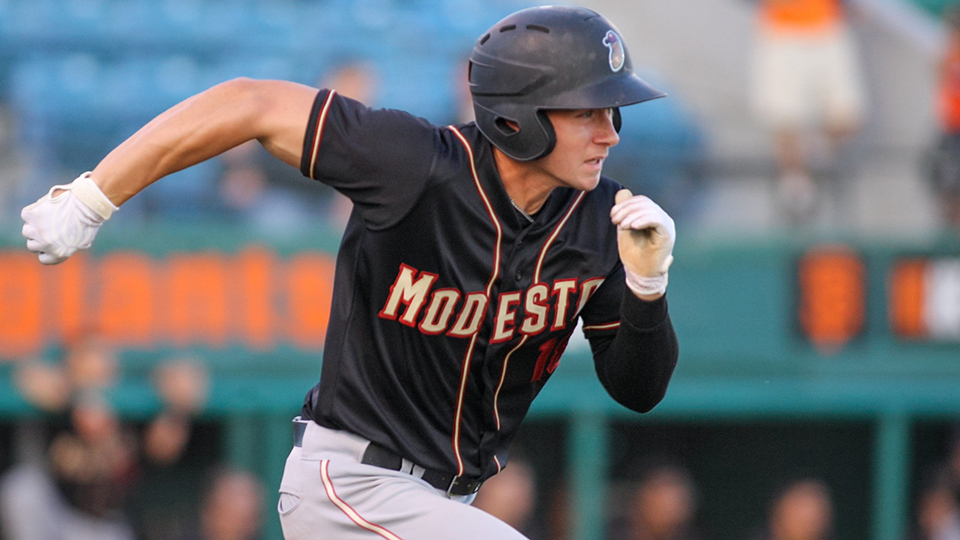 Top Mariners prospect Jarred Kelenic was placed on the injured list by Class A Advanced Modesto on Wednesday, two days after he injured his left ankle.

MLB.com's No. 24 overall prospect ripped an RBI double to right-center field in the sixth inning of the Nuts' 10-6, 15-inning loss to Inland Empire on Monday. Kelenic went down at second base and appeared to be in considerable pain. After several minutes, he walked off the field alongside manager Denny Hocking and was replaced by pinch-runner Eugene Helder.

It's the second IL stint for Kelenic, who missed two weeks in June with a right wrist injury. Activated on June 20, he batted .100 (4-for-40) with two doubles and four RBIs in his first 11 games back. But the 20-year-old was in the midst of his best stretch since a promotion to the California League, hitting .318/.423/.545 with two homers, four doubles, five RBIs and 10 runs scored in 12 games in July.