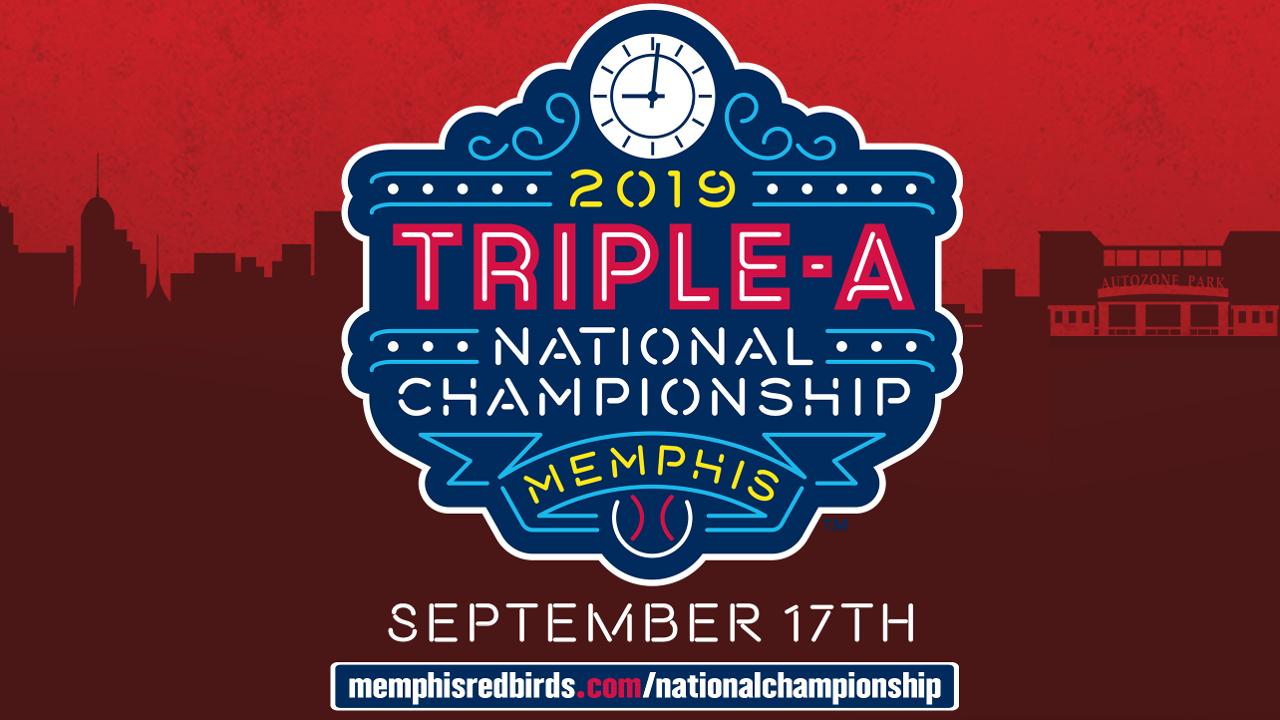 MEMPHIS, Tennessee - The Memphis Redbirds have been selected to host the 2019 Triple-A National Championship Game at AutoZone Park, which will be played on Tuesday, Sept. 17 at 7:00 p.m. (CT) and pit the winner of the Pacific Coast League against the winner of the International League in a one-game, winner-take-all showdown for Triple-A supremacy

As has been the case since its inception, the 2019 Triple-A National Championship Game and the host city will once again be showcased to a national television audience via a prominent media outlet. Triple-A Baseball will make an announcement on the media outlet in the near future.

Memphis is the first city to have the honor of repeating as Triple-A National Championship Game host since the game moved away from being played annually in Oklahoma City in 2011. The Redbirds previously hosted the game in 2016, a 3-1 win for the IL's Scranton/Wilkes-Barre RailRiders (Yankees) over the PCL's El Paso Chihuahuas (Padres), in front of a raucous Downtown Memphis crowd of 9,471.

"We are thrilled to have the honor of hosting the Triple-A National Championship Game once again at AutoZone Park," Redbirds President/General Manager Craig Unger said. "This is a fantastic way to finish the 20th season in AutoZone Park history, and being selected as repeat host is a feather in the City of Memphis' cap as it celebrates its 200th anniversary. The 2016 game in Downtown Memphis was a huge success, and it is exciting to know that if the Redbirds three-peat as PCL champions they would be playing for another Triple-A crown in front of a hometown crowd!"

In addition to hosting the game in 2016, Memphis has participated in the last two Triple-A National Championship Games as winners of the PCL and captured its first national title in September with a 14-4 win over the Durham Bulls (Rays) in Columbus, Ohio. The Redbirds were upended by the Bulls in 2017 in Scranton, Pa., 5-3. Coincidentally, Memphis and Durham also met in the 2009 Triple-A National Championship Game after both won their leagues, and Durham took that one in 11 innings, 5-4.

When the Triple-A National Championship Game hits AutoZone Park in 2019, it will be the 14th edition of the game in its current, single-game form. The PCL holds an 8-5 lead over the IL and has won five of the last seven contests. Prior to becoming a one-game showdown in 2006, the two league champions competed in the best-of-five Las Vegas Triple-A World Series from 1998-2000.

From 2006-10 the game was held at Chickasaw Bricktown Ballpark, home of the Oklahoma City Dodgers, but since 2011 the game has rotated among Triple-A cities each year.