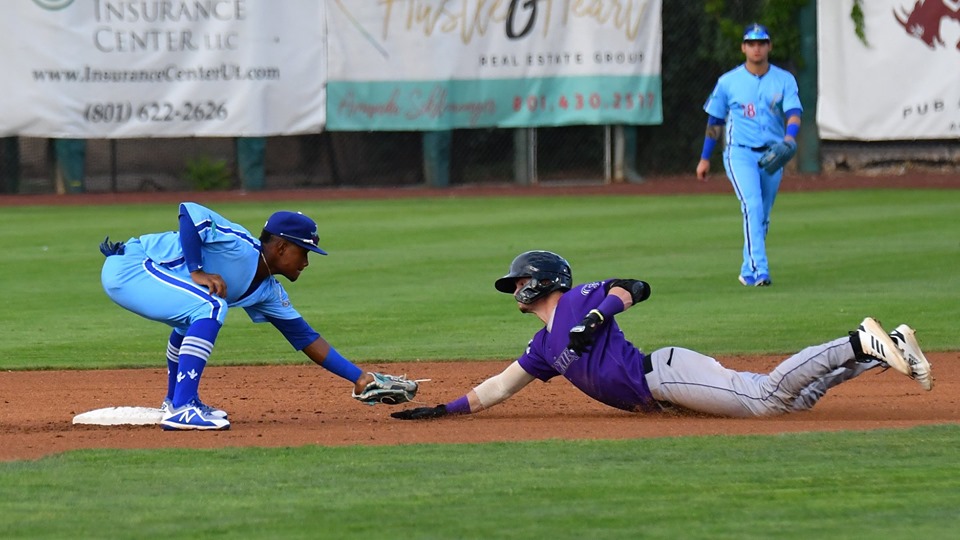 OGDEN, UT - Eddys Leonard homered leading off the bottom of the eighth to give the Ogden Raptors their third lead of the game, and the Raptors were able to hang on and beat the Orem Owlz, 3-2, to end their home slate for the 2019 season.

The win clinched the second half South division championship for the Raptors, who also took the first half. This is the third time in franchise history they have won both halves, after accomplishing the feat in both 2010 and 2012.

Leonard's blast came in his only plate appearance of the contest. He entered the game on defense in the top of the eighth inning and replaced Sauryn Lao in the batting order to open the home half of the frame. Leonard worked the count full against Emilker Guzman before hammering the pitch over the scoreboard in left field.

Ogden took two other leads in the game but immediately let the Owlz tie it.

Zac Ching singled in Aldrich De Jongh with two out in the third to put the Raptors on the board, but Orem leadoff hitter Trent Deveaux homered to start the fourth.

In the seventh, Andrew Shaps led off with a double. Ramon Rodriguez laid down a sacrifice bunt, and Guzman looked toward third before throwing wild to first, allowing Shaps to score for a 2-1 lead.

The Owlz loaded the bases in the top of the eighth against Corey Merrill and Reza Aleaziz, and a Caleb Scires single to right tied the game up again.

Nick Robertson replaced Aleaziz in the ninth and induced a pair of weak groundouts before a single against the shift put the tying run on base. Robertson proceeded to strike out Cristian Gomez to end the game and earn his first save.

The Raptors head to Orem to finish the regular season Friday and Saturday, with both games beginning at 6:35 PM. The playoffs begin Sunday, as Ogden visits Grand Junction.