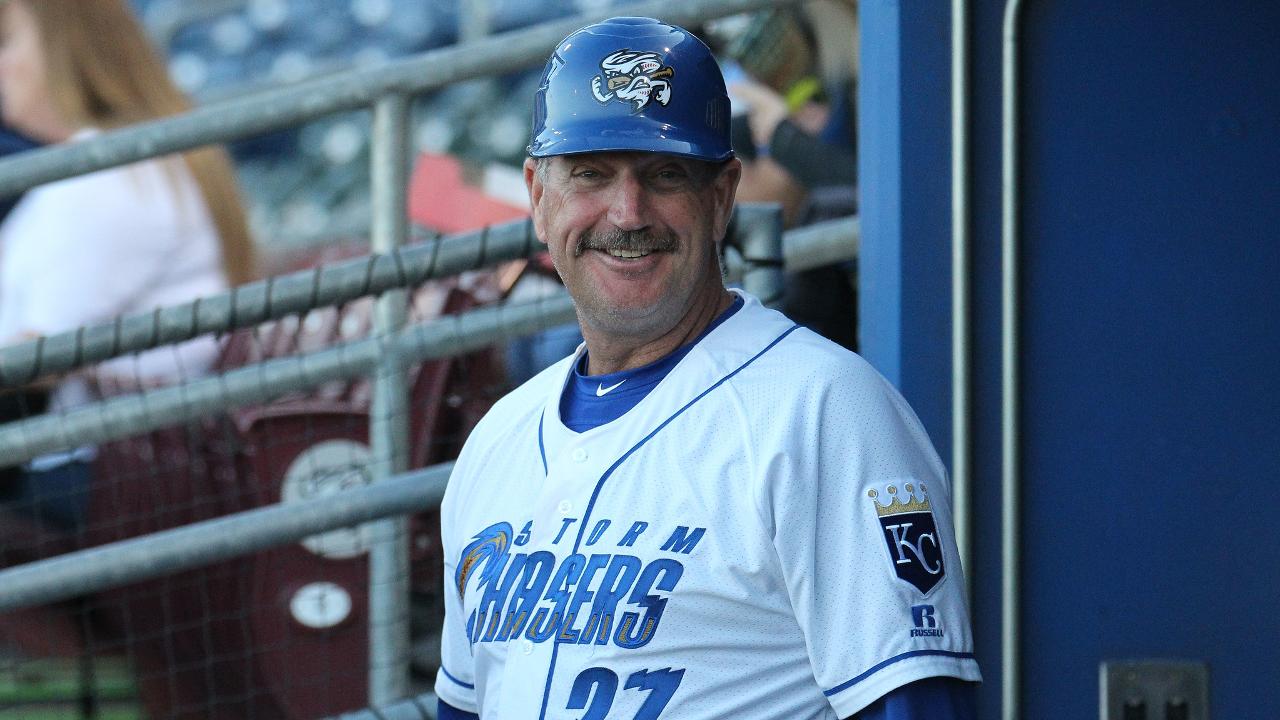 The Kansas City Royals have announced the organization's minor league staff assignments for the upcoming 2020 campaign, with a few familiar faces coming back to Werner Park. Manager Brian Poldberg is set to return to Omaha for his seventh season as skipper, with Hitting Coach Brian Buchanan and Athletic Trainer James Stone returning as well. There will be three new faces in 2020 including Pitching Coach Dane Johnson, Bench Coach Tony Pena Jr. and Strength and Conditioning Coach Dwayne Peterson.

"We are delighted to have Poley, Buck, and James return, and also welcome Dane, Tony and Dwayne to Omaha," said Storm Chasers General Manager Laurie Schlender. "All six bring a wealth of knowledge and experience, and we look forward to working with them and the Kansas City Royals organization in 2020."

Poldberg is the second-longest tenured skipper in Omaha franchise history, behind Mike Jirschele's 14-year reign. He enters the 2020 season with 408 managerial victories with the Storm Chasers, the second-highest total in franchise history behind only Jirschele (995). Poldberg led the Storm Chasers to the 2014 Triple-A National Championship in his first season as skipper, joining Jack McKeon (1969) as the only managers in franchise history to win a league title in their first year at the helm. 2020 will mark Poldberg's 21st season as a minor league manager, and owns a career managerial record of 1,283-1,353.

Poldberg will be joined on the bench by Johnson who will serve as Storm Chasers Pitching Coach, after serving as a pitching consultant for the Miami Marlins in 2019. It will be his 21st season in coaching, including 19 years in the Toronto Blue Jays' organization as a minor league pitching coach from 2000-03, pitching coordinator from 2004-14 and Major League bullpen coach from 2015-18. That followed a playing career which included parts of three seasons in the Majors with the Chicago White Sox (1994), Blue Jays (1996) and Oakland Athletics (1997).

Buchanan returns to the Storm Chasers for his third season as Hitting Coach after serving as Kansas City Royals Assistant Hitting Coach three years ago. In 2016, he was the Hitting Coach for Double-A Northwest Arkansas, helping lead the Naturals to a Texas League Championship Series appearance, and has also served as a manager in the Royals minor league organizations over six seasons, most recently High-A Wilmington (2015). A seven-year Major League veteran, Buchanan was a member of the 2008-09 Omaha Royals squads, totaling 98 games played between those two campaigns.

Pena Jr. will serve as the Chasers bench coach, before assuming managerial duties for the Burlington Royals when the Appalachian League season begins in June. He played for the Kansas City Royals from 2007-09, and most recently managed the Surprise Royals from 2018-19.

Stone returns to the Storm Chasers for his second season after serving as the Athletic Trainer with High-A Wilmington from 2011-2018. Stone joined the Royals organization in 2010 as the trainer for Burlington (Class-A) after spending one season with the Central Valley Coyotes in Arena Football 2. He worked the previous three seasons in the Florida Marlins organization and won New York-Penn League Trainer of the Year honors in 2006. Stone graduated with a bachelor's of science in kinesiology from Cal State-Northridge.

Peterson joins the Storm Chasers staff as strength & conditioning coach, after serving in the same role in the Houston Astros' organization for the last six seasons, including the last two at Round Rock (AAA).

The Storm Chasers begin the 2020 season at Werner Park on Tuesday, April 14 at 6:35 PM against the Round Rock Express. For more information please visit omahastormchasers.com and follow us on Twitter @omastormchasers and on facebook.com/omahastormchasers.