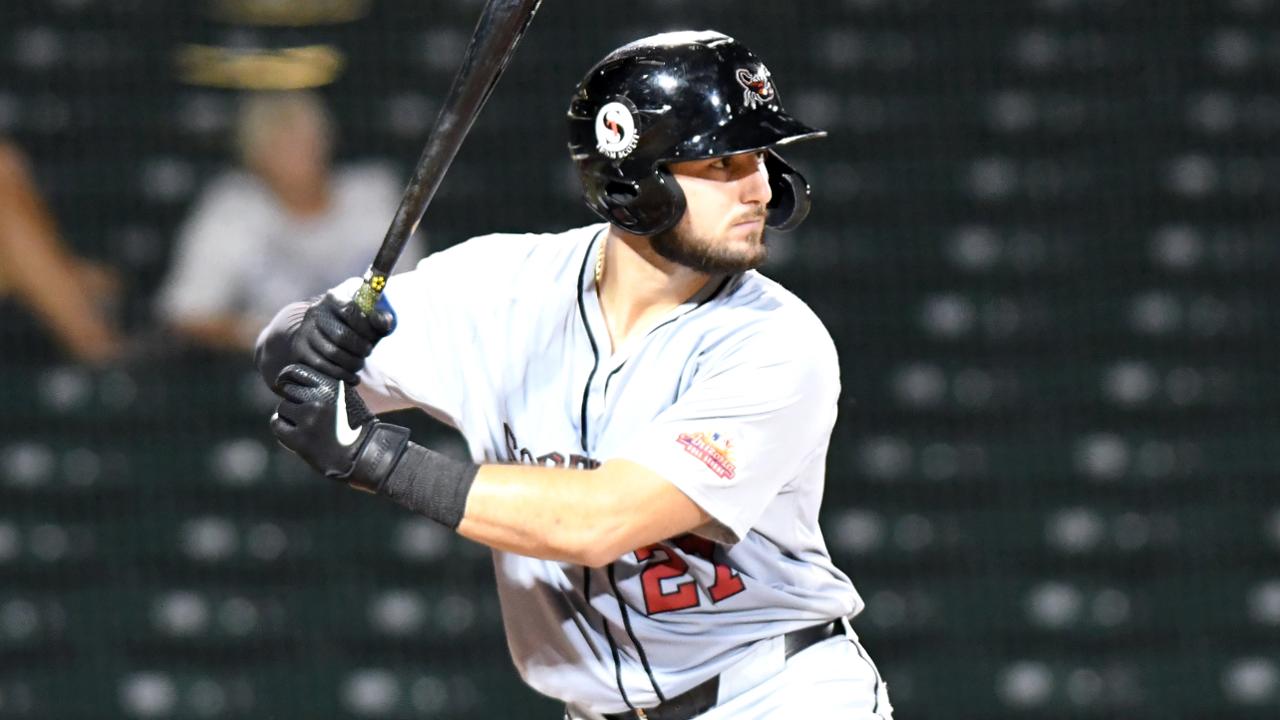 The Fall Stars Game will be played on Saturday at 8 p.m. ET at Salt River Fields in Scottsdale and will be broadcast live on MLB.com and Topps.com.

Bart is the lone Giants prospect playing in the game. In his 10 games in the Arizona Fall League with the Scottsdale Scorpions, Bart is batting .333 with four homers and 11 RBIs while adding a 1.290 OPS. He will be playing for the East Division team in the Fall Stars Game.

Rated by MLB.com and Baseball America as the Giants' No. 1 prospect, Bart was promoted to the Flying Squirrels on Aug. 9 after beginning the season with A-Adv. San Jose. With Richmond, Bart hit .316 over 22 games with four homers and 11 RBIs. He closed the Eastern League season hitting .472 (17-for-36) over his final 10 games with five multi-hit games, two homers, a triple, four doubles and seven RBIs.

The Arizona Fall League includes many of the top prospects from around baseball. Bart is currently ranked by MLB.com as the No. 19 overall prospect in baseball and the No. 2 catcher prospect. This year's Fall Stars Game includes 12 players ranked in MLB.com's Top 100 Prospects list.

Bart was selected by the Giants with the second-overall pick in the 2018 MLB Draft out of Georgia Tech. He is the highest draft pick in Flying Squirrels history.