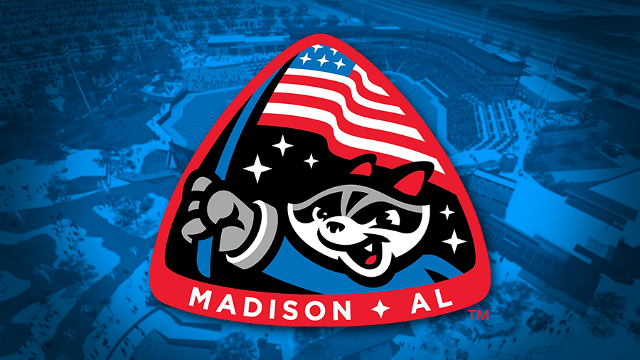 The Trash Pandas, which begin Southern League play in April 2020, announced several other key front office appointments, including Chuck Domino as Special Advisor to the CEO, and Elaine Ballew as Vice President and Chief Revenue Officer.

Fahrmann, who joined the Trash Pandas in June as Vice President of Ballpark and Baseball Operations, assumes the GM title immediately and reports directly to Nelson. His baseball career includes Director of Operations for the Lehigh Valley IronPigs and Senior Vice President of Operations for the Fresno Grizzlies. The IronPigs are the Triple-A affiliate of the Philadelphia Phillies and the Grizzlies were the Triple-A affiliate of the San Francisco Giants when Garrett was there.

"Garrett comes to North Alabama with a solid baseball management background from two of the marquee Triple-A organizations in our industry," Nelson said. "He adds strength to our executive team as we continue to assemble an extraordinary front office. With Garrett, Elaine, Chuck and David Bier, our staff will have unparalleled leadership that will deliver North Alabama an unparalleled baseball experience."

Domino, Chief Executive of the Double-A Richmond Flying Squirrels, is a 37-year veteran of the baseball business. President of Domino Management and Consulting, Chuck is a consultant for eight Minor League Baseball teams and has worked with the Trash Pandas since their inception.

"Elaine brings an incredible business and financial background, along with astonishing energy to our organization," Nelson said. "There are few professionals more respected in the North Alabama business community than Elaine Ballew. With her unmatched community connections and impeccable reputation, we are beyond excited to have her on board."

Ballew started with the Trash Pandas July 1, and her first order of business has been to finalize corporate partnerships for the team and their new stadium. Elaine was most recently State Director of Corporate Partnerships for the Alabama Media Group/This Is Alabama. She is also former Executive Director of the Madison Chamber of Commerce.

"The introduction of the Trash Pandas is one of the most exciting things to have happened in the Huntsville-Madison area in quite some time," Ballew said. "I am very excited to join this special team of professionals and, especially, to introduce so many of the corporate connections I've made throughout the years to the amazing things the Trash Pandas are doing for our region."

Other personnel moves announced by the Trash Pandas today include:

• Mojo Jones, Director of Game Entertainment. Will also remain as morning host of the Mojo Radio Show on Cumulus Broadcasting's WZYP in Huntsville.