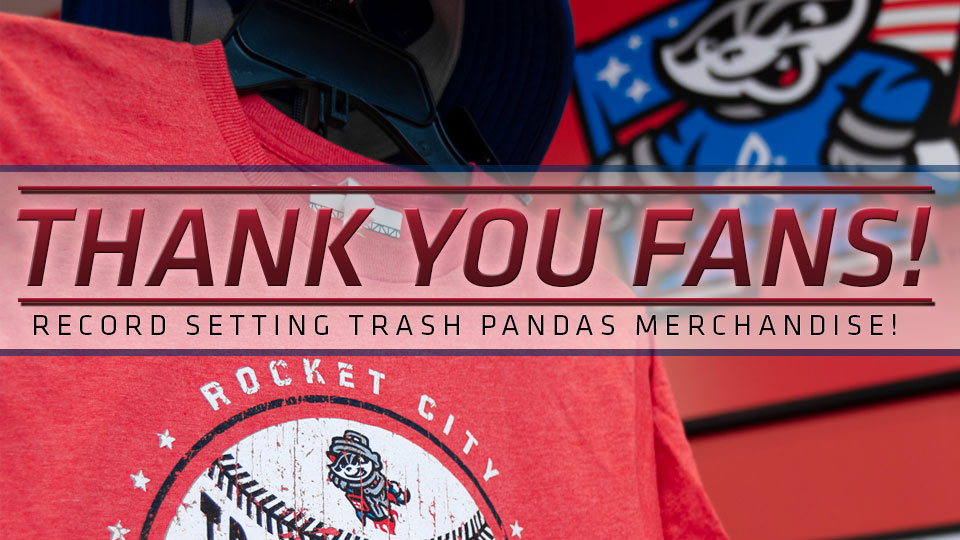 MADISON, Alabama - The Rocket City Trash Pandas today announced that the team surpassed the $2 million mark in merchandise sales this past Friday, December 21 - in just over 13 months.

The team's original store proved too small to handle the crowds, so the Trash Pandas moved into double the space in their current location, at the foot of the bridge June 29.

"This surpasses even our wildest expectations," said Trash Pandas President and CEO Ralph Nelson. "We are grateful to our fans throughout North Alabama and the entire Tennessee Valley, as well as those around the world, for support that is simply unprecedented in Minor League Baseball. As I've said repeatedly, I do not believe any fan base has ever embraced a new team like ours has."

"We are truly humbled by this ... and it is only the beginning," Nelson continued.

The Emporium at Bridge Street is the only location in North Alabama to purchase official Trash Pandas merchandise, season tickets and mini-plans. Merchandise is also available in the online store: https://trashpandas.milbstore.com/.