A Four-Run Sixth Inning Carries Missions to Win Over Nashville

Grisham Goes 3-for-4 with Two Doubles in Win 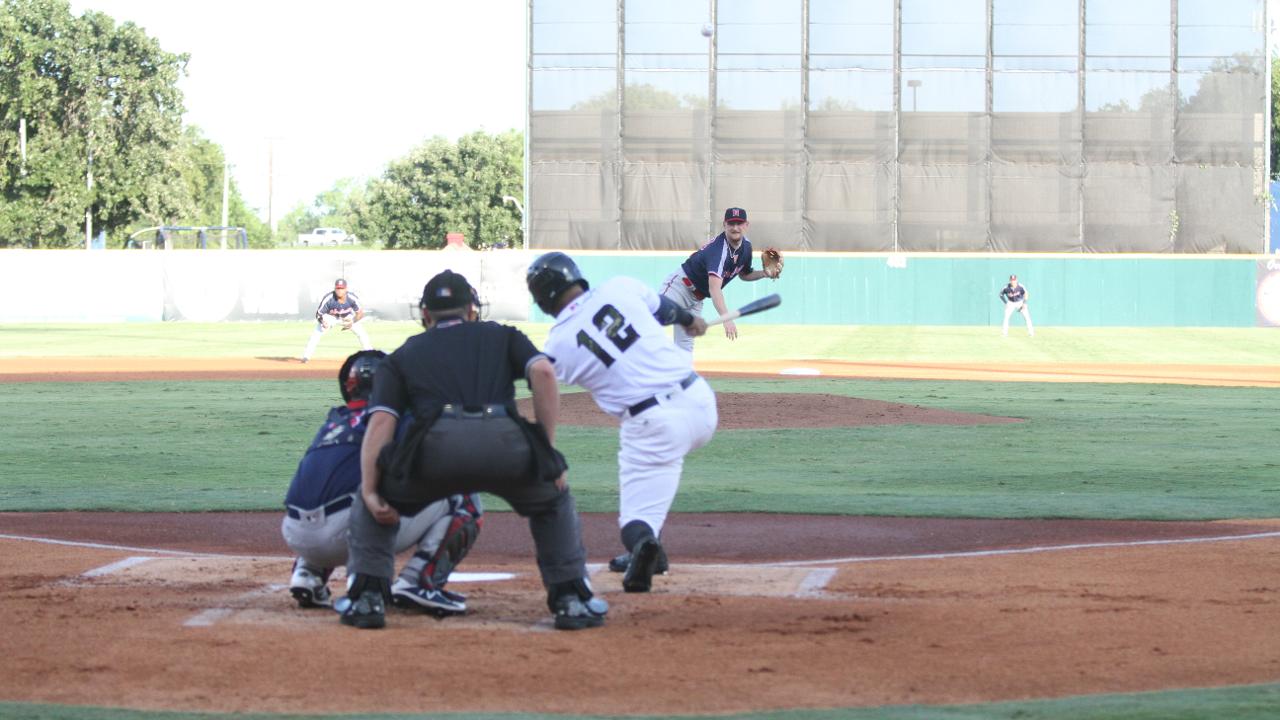 SAN ANTONIO - Without hitting any home runs for the first time in ten games, the Missions still collected 14 hits and scored seven runs as they defeat Nashville 7-5. The win extends their winning streak to seven games. The team did record six doubles in Wednesday night's game, the third time this season they have done so.

The Sounds cut the lead in half in the second inning. Matt Davidson lead off the inning with an infield single. Soon after that he was safe at the plate following a double from Nick Solak. The Missions lead 2-1 after two innings of play.

Nashville took their first lead of the game in the third inning. After a Scott Heineman single, Andy Ibanez connected on his 11th home run of the season to give the Sounds a 3-2 lead. They would score once again in the fourth inning on an RBI single from catcher Jose Trevino.

The Missions bounced back in a big way in the fifth inning putting up four runs against Bibens-Dirkx and former Missions pitcher Jake Petricka. Travis Shaw got things going with a game-tying two-run double. Petricka replaced Bibens-dirkx following Shaw's hit and got the next two batters out. However, the Missions regained the lead with an RBI double from Troy Stokes Jr. and Jacob Nottingham followed that up with an RBI double of his own. The Missions lead 6-4 heading into the sixth inning.

San Antonio added an insurance run in the sixth inning. Spangenberg lead off the inning with a single, stole second base, and eventually scored on a ground ball.

Nashville responded with a run of their own in the seventh inning. Eli White drove in his 36th run of the season with a single off Missions reliever Alex Wilson to make it a 7-5 Missions lead.

Aaron Wilkerson got the start for the Missions tonight. He started off strong by striking out the side in the first inning. Wilkerson struggled a bit after that, allowing four earned runs on six hits over the next three innings. With some help from his offense Wilkerson improves to 7-1 on the season. In a winning decision, he pitched 5 innings, allowing four earned runs on six hits, no walks, and six strikeouts.

Luke Barker, Alex Wilson, and Taylor Williams combined for four innings of relief and allowed one earned run and five strikeouts. Williams recorded his sixth save of the season.

Missions outfielder Trent Grisham went 3-for-4 in the win with two doubles. Spangenberg went 3-5 and scored three runs. Stokes Jr. went 2-for-4 with two doubles and an RBI.

Austin Bibens-Dirkx was the starting pitcher for Nashville in tonight's game. After a rough first inning, the right-hander settled in and didn't allow another run until the fifth inning. He was replaced in the fifth inning after allowing two hits, hitting a batter, and giving up two runs. In a losing effort, Bibens-Dirkx falls to 0-2 on the season. He lasted four inning and allowed five earned runs on nine hits.

The Missions finish their four-game series with the Nashville Sounds Thursday night at Wolff Stadium. The Missions have yet to announce their starting pitcher. Left-hander Wes Benjamin (4-5, 6.56) is scheduled to start for the Sounds. First pitch is set for 7:05 p.m.

-With a stolen base in the sixth inning, Cory Spangenberg now has 20 stolen bases on the season. This ties him for fourth in the PCL

-Mauricio Dubon extended his hitting streak to 12 games with a base hit in the second inning.

-Nate Orf extended his hitting streak to 7 games with a first inning single.

-The Missions have scored in the first inning in eight of their last ten games.