Missions Chase Storms Away With Brooms 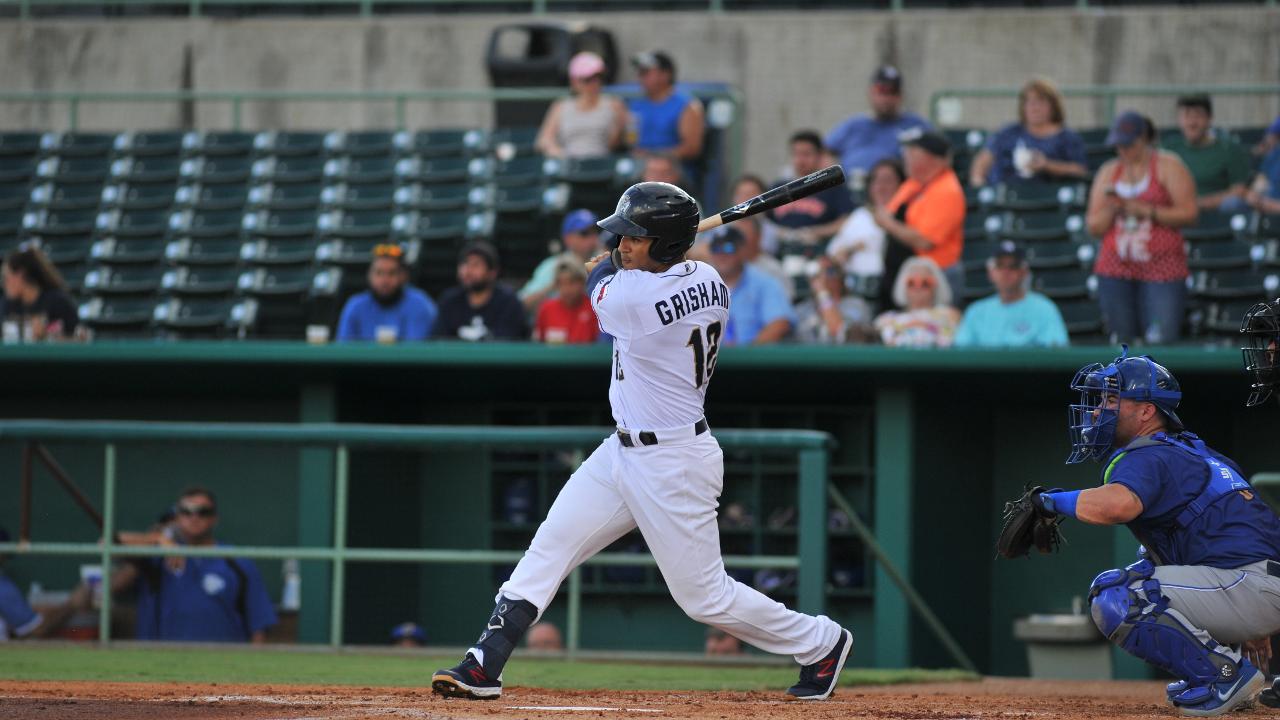 SAN ANTONIO - As lightning flashed in the distance throughout the game the San Antonio Missions' offense provided a few lightning strikes of its own. The Missions fought their way back to prevail over the Omaha Storm Chasers 9-5 Sunday night at Wolff Stadium. The win gave the Missions their fourth series sweep of the season.

Trent Grisham carried the offense for San Antonio as he matched a season-high with four hits and including a pair of home runs for his second career multi-homer game. The center fielder clubbed a three-run shot in the fourth inning and mashed a solo home run in the sixth. Tuffy Gosewisch provided the other home run on the night for the Missions with his solo dinger in the sixth inning.

Omaha started the scoring as they plated a pair of runs off Bubba Derby in the first inning, Derby found out he was going to start for the Missions just minutes before the game after Burch Smith was scratched from the lineup card.

The Missions took the lead in the fourth inning when they posted a five-run frame highlighted by Grisham's three-run blast. Lucas Erceg and Blake Allemand each drove in runs with back-to-back base hits.

Derby settled down as he held the Storm Chasers scoreless for three innings before being roughed up in the fifth. Omaha tied the game with a trio of runs in the frame as the first five batters all reached base.

San Antonio regained the lead in the bottom of the sixth inning as Gosewisch and Grisham belted back-to-back bombs with one out. Grisham's blast carried 419 feet as the outfielders did not flinch when the ball left the bat. San Antonio added an insurance run in the eighth as Grisham singled, stole second, moved to third on an error and scored on a groundout from Cory Spangenberg.

Donnie Hart, Alex Wilson, and Taylor Williams kept the Storm Chasers at bay for the final five innings. Hart entered with two runners on base and no outs in the fifth and halted Omaha's progress as he retired all six batters he faced. Wilson followed with a pair of shutout innings and Williams shut the door in the ninth.

The Missions begin a four-game series with the Nashville Sounds Monday night at Wolff Stadium. Left-hander Gio Gonzalez (NR, 0.00) is scheduled to make a rehab start for the Missions against right-hander Seth Maness (5-2, 4.97) for the Sounds. First pitch is scheduled for 7:05 p.m.

-With their five-run fourth inning the Missions now has 12 different innings this season with at least five runs scored. Four of them have come against Omaha.

-Cory Spangenberg's double in the sixth inning gave him 23 for the season to match a single-season career-high, matching his 2013 season.

-Trent Grisham's two-homer night was his second multi-home run game this season and second of his career. He also hit two on June 10 with Double-A Biloxi against Double-A Biloxi.

-Mauricio Dubon extended his hitting streak to nine games with a base hit in the sixth inning.