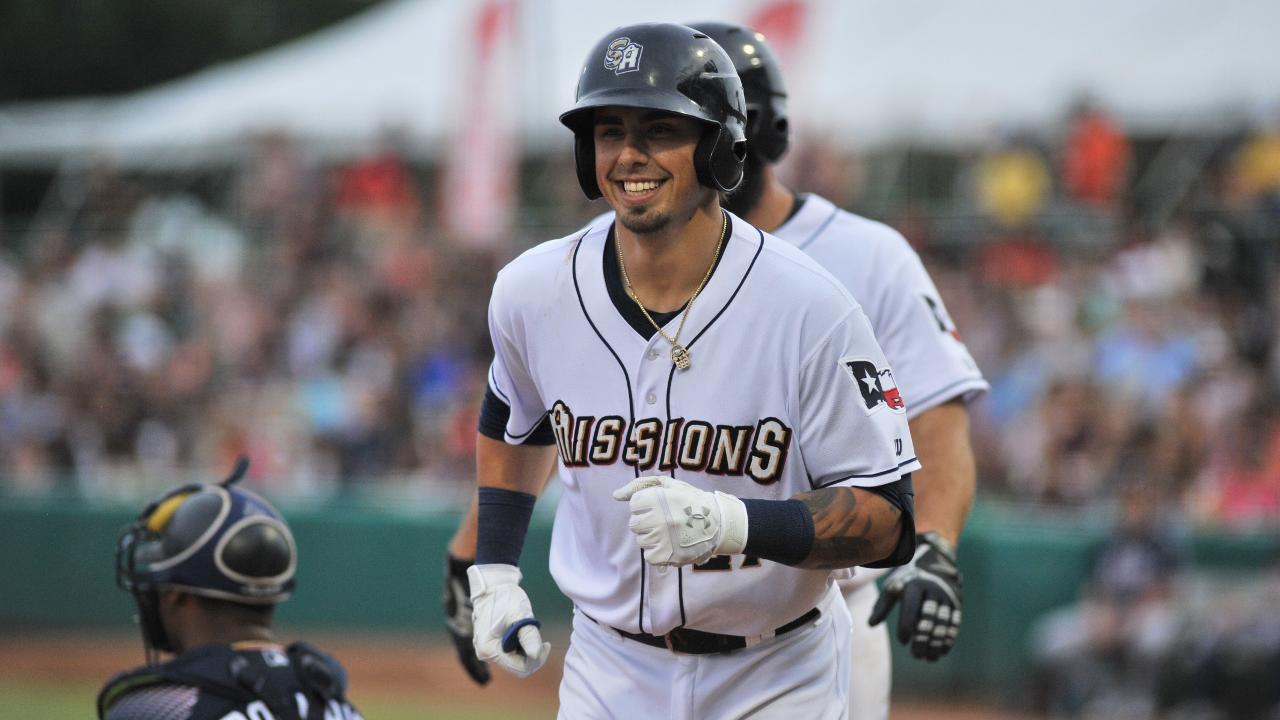 SAN ANTONIO - For the second straight night the San Antonio Missions pounced on the Reno Aces early and never looked back. San Antonio put up a crooked number in each of the first four innings as they walloped the Aces 19-1 in front of 5,960 fans at Wolff Stadium. The victory clinched a four-game series sweep for the Missions.

The Missions compiled 22 hits to set a new season-high led by Cory Spangenberg, Tyler Saladino, and Jacob Nottingham who all had four. Nottingham drove in a career-high six runs while Saladino matched a career-high with five RBI.

Reno's Abraham Almonte drilled the first pitch of the game out of the ballpark and that would be all the offense the Aces would muster on the night as the Missions responded with all their might. Burch Smith picked up his fifth win of the season with another stellar night on the mound. He limited Reno to the lone run on just two hits and dropped his season ERA back below 3.00 to 2.91.

10 Missions batters came to the plate in the first inning, eight came to bat in the second, and 10 more made plate appearances in the third inning as they put the game out of reach in a hurry.

Spangenberg came within a home run of the cycle. The center fielder singled in the first, tripled in the second, doubled in the third, and singled again in the seventh inning. All four of his hits drove in a run.

The Missions head to Omaha for a five-game series beginning Thursday night at Werner Park. Right-hander Thomas Jankins (5-2, 3.62) will start for the Missions while Omaha has yet to announce its starter. First pitch is set for 7:05 p.m.

-Dubon moved his hitting streak to a season-high 10 games.

-The Missions batted around in three of the first four innings.

-The 22 hits were the most the Missions had accumulated in a game since they tallied 22 on August 4, 2017 at Double-A Midland.

-The Missions have now won six games in a row to match their season-long stretch.

All nine starters in the lineup recorded at least one hit for the Missions for the third time this season.