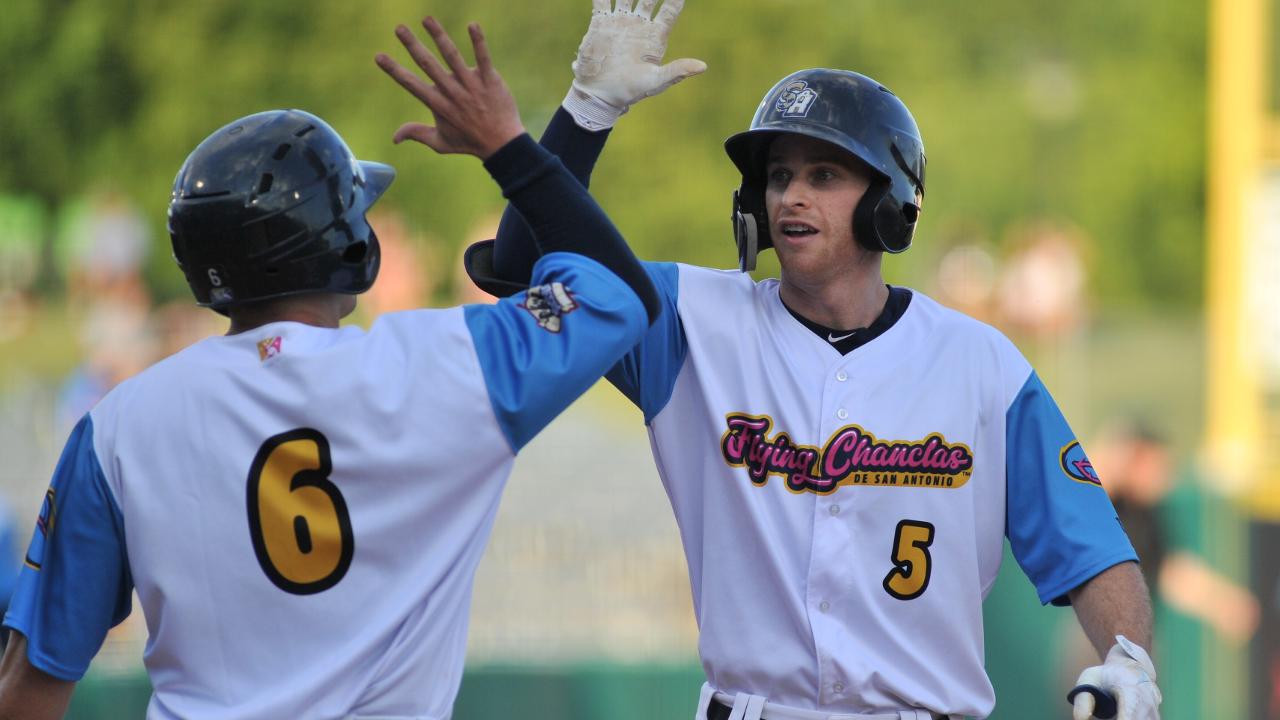 SAN ANTONIO - The Flying Chanclas de San Antonio began the unofficial second half of the season Thursday night by drubbing the Omaha Cazadores de Tormentas 9-2. San Antonio's Cory Spangenberg picked up right where he left off prior to the All-Star break as he matched a career-high with five runs driven in.

Spangenberg crushed a two-run blast to right field in the home half of the first inning, delivered an RBI-single in the fifth, and a two-run double in the seventh. Travis Shaw also went deep for the Flying Chanclas for his fourth big fly of the season.

In his second outing of the season for San Antonio Drew Smyly allowed a pair of runs on three hits in five innings to earn the win. Smyly fanned three hitters on the night.

Trailing 2-0 after the first inning, the Cazadores de Tormentas responded with a pair of runs in the top of the second inning off Smyly. Ryan O'Hearn took the southpaw deep to lead off the second inning. Elier Hernandez followed that homer up with a triple and was brought around to score on a Chase d'Arnaud base hit, which evened the score at two runs apiece.

After the Cazadores de Tormentas tied the score Smyly and the Flying Chanclas' bullpen shut the door. From the second inning into the eighth Smyly, Alex Wilson, and Miguel Sanchez retired 20 batters in a row before Brett Phillips tripled.

The Missions and Storm Chasers continue their four-game series Friday night at Wolff Stadium. Right-hander Aaron Wilkerson (6-1, 1.79) is scheduled to start for the Missions against left-hander Jake Kalish (6-4, 3.65). First pitch is scheduled for 7:05 p.m.

-Cory Spangenberg drove in five runs in a game for the third time in his career to match a career-high.

-In his Wolff Stadium debut Hernán Pérez smoked a double to left field in the third inning.