Standing tall against a legend on opening night 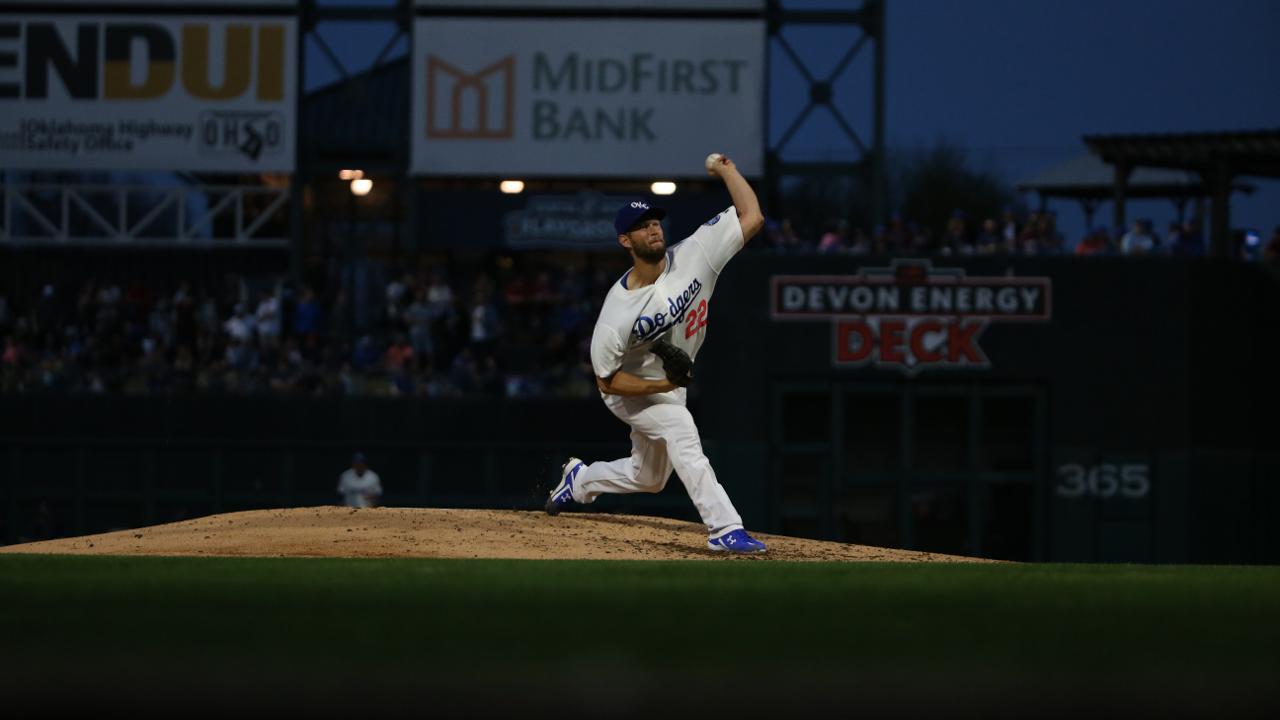 Forget about the hype surrounding an appearance by a major-league legend on opening day in the Pacific Coast League.

The San Antonio Missions came to play, and they ended up winning on a historic night.

"You see Kershaw, and he's one of the best," Hager said. "You obviously want to go up there and perform at your best, and I think basically what you need to do is treat him like a normal pitcher.

"I mean, just because it's Kershaw doesn't mean you change your approach or anything. You kind of stick with it, you go in, and you battle."

With the victory, the Missions made a statement in their debut game in Triple-A against Kershaw, the ace of the Los Angeles Dodgers who was pitching on a rehabilitation assignment.

Kershaw, coming off a sore shoulder, threw 61 pitches and left the game saying that he felt good physically.

But on the other hand, the Missions led 2-0 after he departed the game with one out in the fifth inning, which also was a good feeling for the visitors.

"It was cool seeing him pitch," Hager said. "I've never seen him pitch before, so it was cool to see him throw. But, like I said, we were ready to go.

"It's just like a normal pitcher. See the scouting report. Go out there and compete, and we did."

The game appeared as it if might go into extra innings with the scored tied 2-2 entering the ninth.

With one out, the Missions put runners at first and second against Justin Grimm , who answered by striking out Mauricio Dubon .

But Hager, pinch-hitting for winning pitcher Deolis Guerra , came through with the clutch hit of the night by roping a ball into the right-center gap.

Both runners scored as Hager pulled into third.

A few pitches later, Grimm fired a fastball over the catcher's head, allowing Hager to race home on the wild pitch to make it 5-2.

In the bottom of the ninth, Kyle Garlick  belted a one-out solo homer to account for the final run of the game.

But Josh Fields , released by the Dodgers last month and signed as a free agent by the Brewers, the new parent club of the Missions, retired Cameron Fields and Paulo Orlando  to end it.

Guerra, who pitched a scoreless seventh and eight inning, was credited with the win for the Missions, and Fields picked up the save. Grimm was saddled with the loss.

The teams are playing four more games in four days starting Friday to kick off the PCL season.

In a sequence that underscored how the Missions played all night, Jacob Nottingham  doubled to open their half of the ninth and then got picked off second base on a good move by Grimm.

But the Missions retaliated with a single by Nate Orf  and a walk to Corey Ray , setting the stage for Hager's dramatics.

"I had a lot of confidence (in Hager)," Sweet said. "He's had a good spring training. He got a lot of big base hits for us.  We played a very good ball game. We made too many mistakes. But when you make mistakes and you still come out on top, that's a good thing."

Other standouts for the Missions included Nottingham and starting pitcher Adrian Houser , who pitched five innings of one-hit shutout ball. He struck out six.

Nottingham had two hits, including an RBI single in the second off Kershaw. He also had a great defensive play in the fourth when he blocked a pitch from Houser to save a run.

As the ball caromed to the right off to the right side, Will Smith  tried to score, with Houser running in from the mound to cover. Nottingham threw to the plate, and Houser applied the tag for the out.

"Jacob had a great night behind the dish," Hager said.

Kershaw finished his night by giving up two runs on four hits. He said later that he was satisfied with the results.

"Sure, I mean (you) come out of it feeling good (and) get ready for the next one," Kershaw said.

As for what exactly the next step could be, Kershaw speculated that it probably won't be a start in the major leagues.

Asked what he thought about Taylor, Kershaw said he was impressed.

Taylor is making a name for himself lately for hitting long balls off major league aces. In spring training, he launched an opposite-field blast off San Francisco Giants lefty Madison Bumgarner .

He did it again in dramatic style in the second on a ball that he jerked down the left field line.

When umpires signaled that it was a fair ball, Taylor had the first hit, the first run scored and the first home run - all rolled into swing - in the Missions' Triple-A history.

Taylor dodged a question about how it felt to hit the home run, saying that it just felt good to get victory.

The Missions added left-handed pitcher Donnie Hart  to the roster Thursday after the parent-club Brewers claimed him off waivers from the Dodgers.

Hart is the second former member of the Dodgers to join the Brewers this spring and be placed on the Triple-A roster of the Missions. The other was Fields.

Initially, the Dodgers claimed the 28-year-old Hart off waivers from the Orioles on March 7. At the time, they designated Fields for assignment.

As a result, the Brewers picked up Fields. But three days after claiming Hart, the Dodgers re-assigned him to the minors, which made him available to other teams.

Now he's with the Missions, available to play in any of the remaining four games in Oklahoma City.

Hart pitched in 93 games in the major leagues with the Orioles over parts of the last three seasons. He recorded a 3.43 earned run average over 81.1 innings.

Bubba Derby  is the Missions' starting pitcher for Game 2 on Friday.

Sweet said Brewers relief pitcher Jeremy Jeffress  also is scheduled to make an appearance on the mound in Game 2 as part of his rehabilitation. Sweet said Jeffress would work three games in the Missions' first homestand, as well.

Sweet said he doesn't know when Brewers starter Jimmy Nelson  will pitch. Nelson is expected to make at least a couple of rehabilitation outings before he returns to the major leagues. He has been out since 2017 following shoulder surgery.