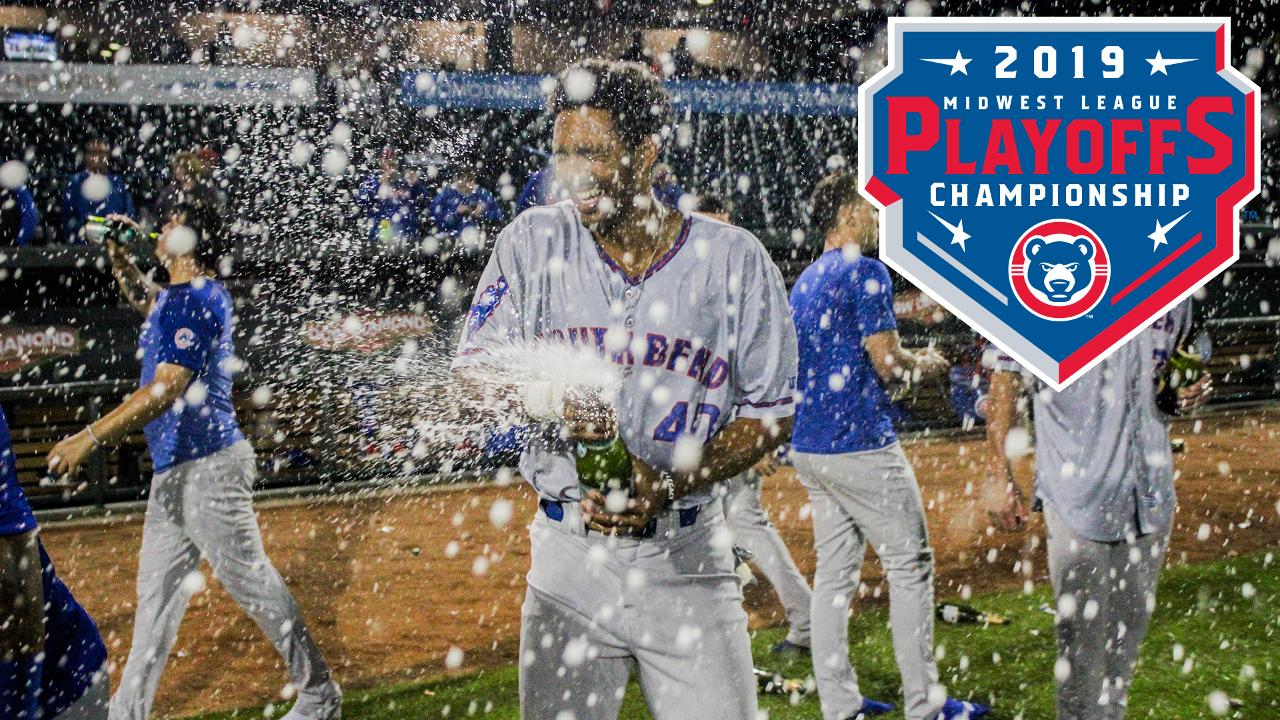 The Cubs will host games 1 and 2 at Four Winds Field while game 3 and if necessary, games 4 and 5 will be held at the winner of the Western Division Championship. Game 1 will be on Wednesday, September 11 and game 2 will be on Thursday, September 12. Gates open at 6:00 p.m. and first pitch is set for 7:05 p.m. for both home games.

Dugout box seats are $14 and field box seats are $12 in advance. Ticket prices will go up one dollar on the day of the game, so fans are encouraged to purchase their tickets in advance. Tickets can be purchased right now by clicking here for Game 1 and clicking here for Game 2. The South Bend Cubs Box Office opens at 10:00 a.m. every day for fans wanting to purchase tickets in person.

To honor those who continue to defend our country and are the first on the scene of a crisis, the South Bend Cubs will offer two free tickets to all First Responders, Veterans and Active Duty military for the game on September 11. Those tickets must be picked up at the box office and cannot be claimed online; must show military or first responder identification to claim your tickets.

To keep the playoff tradition alive, both games will have a special Thirsty Thursday promotion. Fountain sodas (20oz.) and domestic draft beer (16 oz.) will be available for $2.00 each on Wednesday and Thursday.

South Bend has won the Midwest League Championship three times in their 31 years, most recently coming in 2005. South Bend's all-time playoff record is now 42-27. The Cubs will face the winner of Monday night's Western Division Championship between the Cedar Rapids Kernels and Clinton LumberKings.

The South Bend Cubs are the Class A minor league affiliate of the 2016 World Series Champion Chicago Cubs. Over the past 31 seasons, the team has won five Midwest League titles, most recently in 2005, and has captured 12 division titles. In 2019, the South Bend Cubs hosted the Midwest League All-Star Game. In June 2017, Four Winds Field, home of the South Bend Cubs, was voted Best Class A ballpark in the country by Ballpark Digest. In 2015 the team was named Ballpark Digest's Team of the Year and received the John H. Johnson President's Award, the highest award in minor league baseball. The team is owned and operated by Swing-Batter-Swing, LLC whose principal shareholder is Andrew T. Berlin of Chicago, Ill.