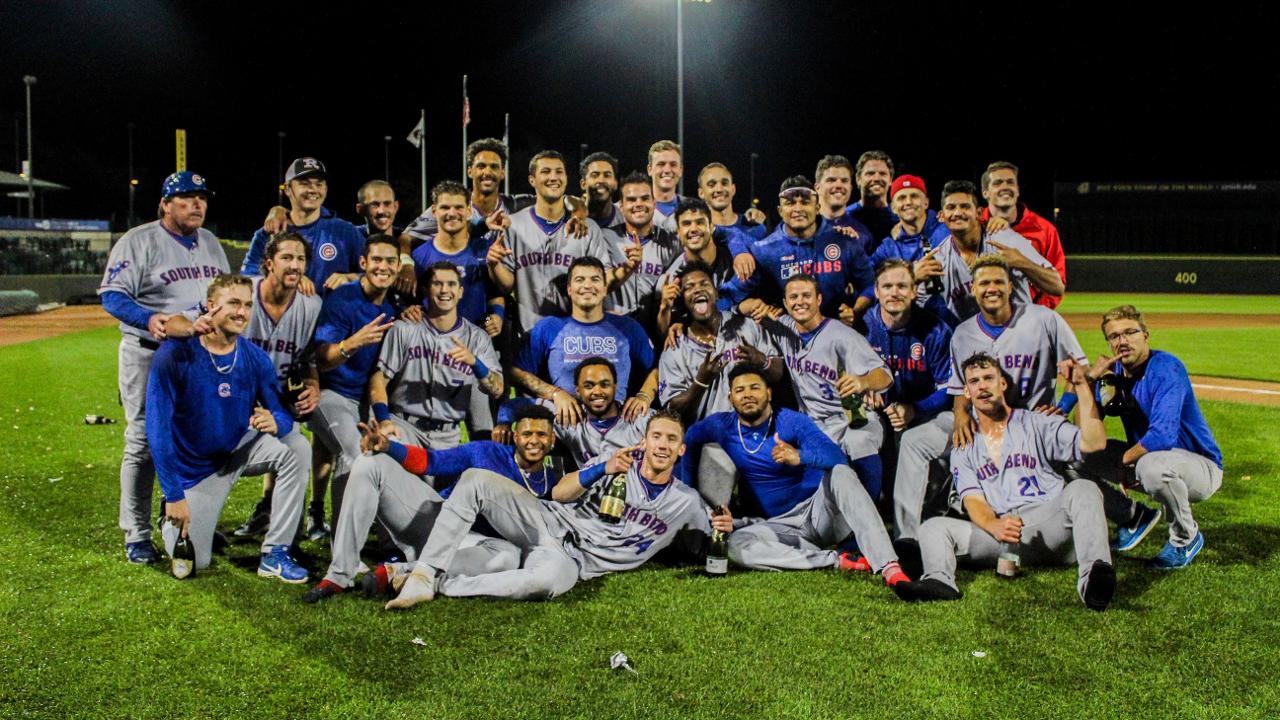 Midland, MI: Since the South Bend Cubs fell to the Bowling Green Hot Rods at home on August 31 to officially become the Eastern Division wild card team, they have not looked back. The Cubs have not lost a game since that point and have now won four consecutive postseason games to advance to the Midwest League championship series.

In a 7-3 win at Dow Diamond in Midland against the Great Lakes Loons, South Bend officially punched their ticket to the championship series and will host both games one and two at Four Winds Field Wednesday and Thursday. Tickets are available now at SouthBendCubs.com with first pitch for both games set for 7:05 PM.

While the South Bend Cubs wait to see who their opponent is going to be for the championship, they will get in some much needed rest after winning both of their series on the road in Bowling Green, Kentucky, and now Midland, Michigan. The Cubs will face either the Cedar Rapids Kernels or the Clinton LumberKings in the final round. Those two clubs will finish their Western Division championship series tomorrow night.

Sunday night proved to be another high scoring affair for South Bend. In both games of the series against the Loons, they smacked at least 10 hits and brought in six runs.

Cubs starter Derek Casey received some immediate run support as Nelson Maldonado picked up his first of four RBI in the top of the 1st inning against Kevin Malisheski. The Great Lakes starter made it through just 0.2 innings and took the loss in the game.

Casey escaped from multiple jams in his four innings of work. The right-hander's playoff debut featured a no-decision outcome and two strikeouts. A big part of the Loons lack of scoring in the series came as a result of their work with men in scoring position. In the two games, Great Lakes went 4/21 with runners in scoring position and they left 18 men on base in two games.

Out of the bullpen, Fauris Guerrero earned the win as he tossed two innings of shutout baseball. The Cubs scored two runs in each of the 4th and 5th innings to heighten their lead to 6-1. Maldonado's four RBI brings his playoff total to five. In his best game since coming off of the injured list, third baseman Levi Jordan went 3/4 with three runs in the game.

Great Lakes rallied late with two runs off of lefty Brandon Hughes in the 7th, but it was not enough as Buddy Bailey went back to his bullpen. Right-hander Brendan King worked the final 2.1 innings and struck out two batters in shutdown work. King also pitched the final three innings at Bowling Green to secure the first round series win.

With the victory, South Bend will watch and see who their opponent will be for the championship series starting on Wednesday. The Cubs will put up their undefeated playoff record in the best of five series.