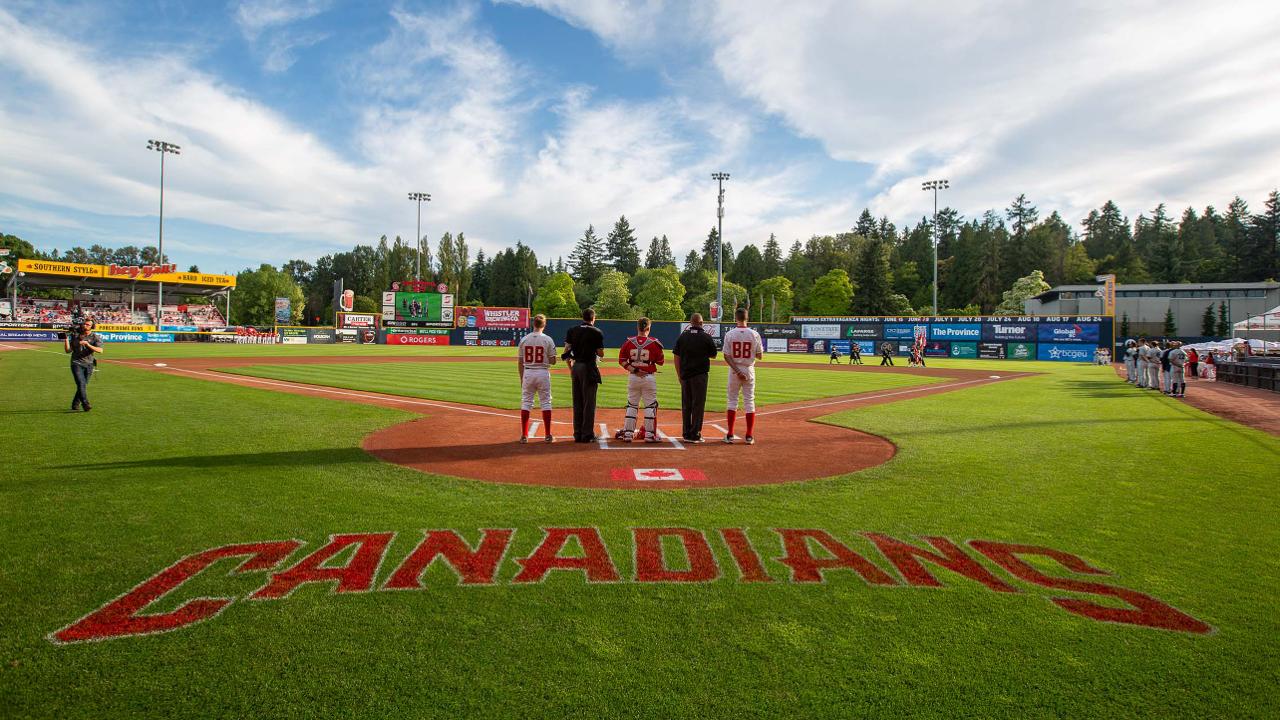 (Scotiabank Field at Nat Bailey Stadium - Vancouver, B.C.) - Minor League Baseball has announced that Vancouver Canadians Head Groundskeeper Ross Baron is recipient of the Sports Turf Manager of the Year Award for the Northwest League. This is the third consecutive time the award has been given to the Vancouver Canadians, and all have been under Ross' leadership.

Baron, 33, graduated from the University of Guelph with an associate diploma in Turf Grass Management. During his time at Guelph, Baron was added to the Washington Nationals Internship Program where he would work out at Nationals Park (2012).

"Every season presents any number of challenges and I am really grateful to work for an organization that believes our playing surface is integral to both the players well-being and the overall fan experience," states Baron.

"We also had a significant hand up on the competition working alongside A&B Tool Rentals who once again provided us with the machinery needed to ensure our surface was just as strong at the end of the season as it was at the beginning. This doesn't happen without them."

Baron, a native of Gibsons, B.C. has transformed Scotiabank Field into one of Minor League Baseball's most talked about natural playing surfaces and started this project just a few years ago when he stripped the entire infield and irrigation system and built it back from scratch. From adding a higher performing sod and proper fertilization schedule to widening the warning track and laser levelling the playing surface, Baron and his staff have taken Nat Bailey Stadium's field to new heights.

"The hours and work put in by our crew Steven Maisey, Chuck Kaisla and Koki Ogura all summer long are why we are receiving this honour today," added Baron. "This was a group that knew my wife and I were expecting our second child and they really stepped up to support us personally and never once took their eyes off the prize."

The Sports Turf Managers of the Year are selected by a 15-member awards committee, compiled by the Sports Turf Managers Association. Each League is awarded a nominee, and is individually scored on cultural practices, gameday routine, resource utilization, staff management and the grounds keeper's involvement and support of the sports turf industry.