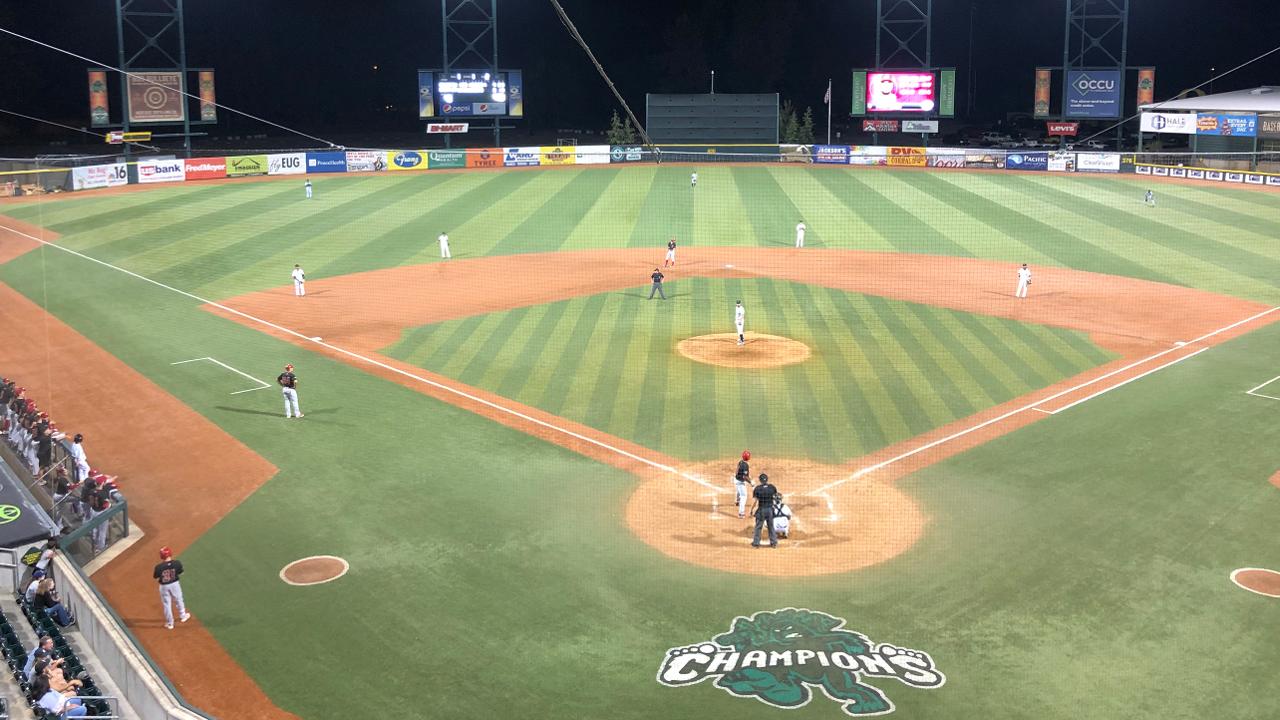 Eugene, Oregon -- Luis Quinones struck out eight over his four innings of work to pick up his first professional victory as the Canadians pounded out nine runs from the defending Northwest League Champions on Tuesday night. The 9-0 win gave Vancouver (7-12) its first series of the season against the Emeralds (10-9).

Nick Fraze started the game for the Canadians going three innings of one run baseball striking out three. After Quinones' dominate four innings of no-hit baseball, Gage Burland and Parker Caracci contributed with scoreless innings to secure the shutout victory.

With the Canadians up 2-0, Jesus Lopez hit his first home run of the season in the top of the fifth inning to cap off a three-run frame that put Tuesday's game out of reach. Tanner Morris went 2-for-3 with a pair of RBI while Philip Clarke and Will Robertson also had RBI.

Vancouver's pitching did not allow a ball beyond the infield until the ninth inning when Jonathan Soto hit a one-out single to center field.

Quinones (1-1) managed the win while Kohl Franklin fella to 1-3 for Eugene.

Vancouver now travels to Spokane to face the Indians starting Wednesday as Alek Manoah gets the ball in the series opener out at Avista Stadium.