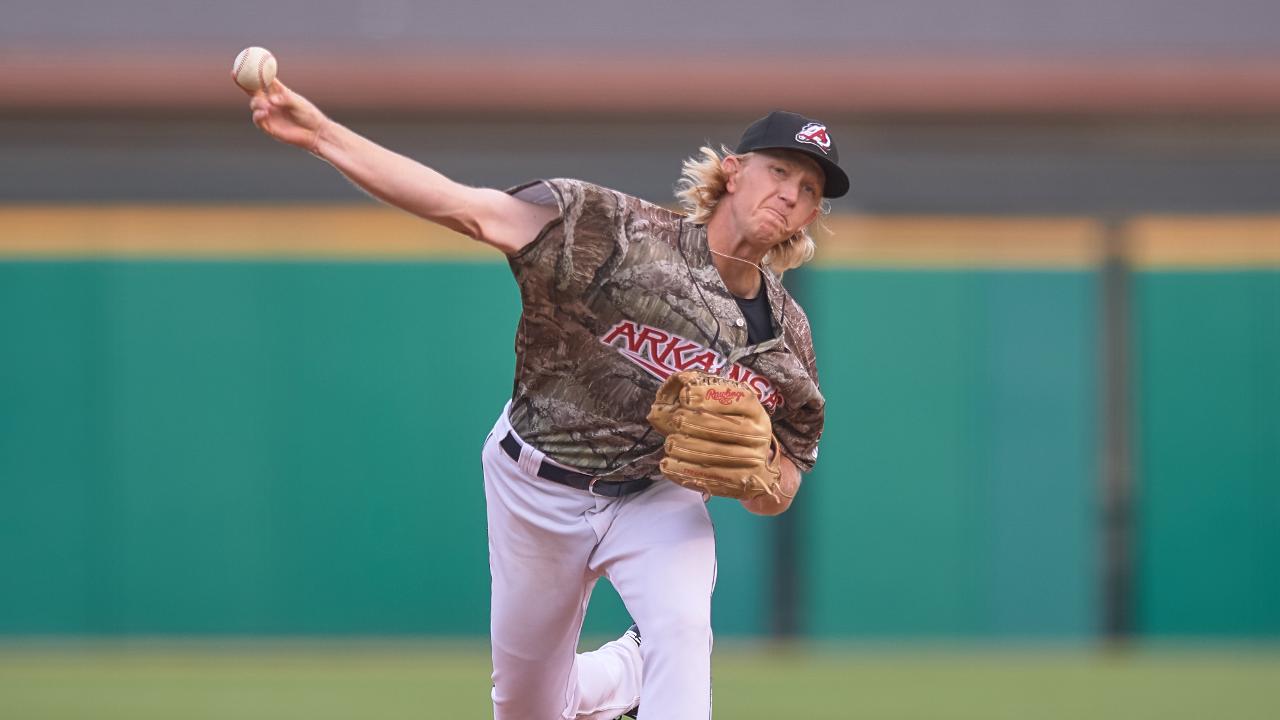 Darren McCaughan is the 2019 Texas League Pitcher of the Year. (Mark Wagner)

Arkansas Travelers pitcher Darren McCaughan has been named Texas League Pitcher of the Year for 2019 in a vote of TL field staffs and media as announced today by the league office. McCaughan (pronounced mc-CACK-en) opened the year with Arkansas posting a 7-5 record with a 2.89 ERA in 17 starts for Arkansas before being bumped up to Triple-A Tacoma. Over 102.2 innings with the Travs, McCaughan struck out 89 while walking only 10. At the time of his promotion in mid-July, he was on top of the league leader boards in ERA, wins and WHIP while ranking third in innings pitched and tied for fourth in strikeouts. McCaughan will fall eight innings shy of the threshold needed to have his earned run average top the league for the season. He becomes the first Traveler pitcher to earn this honor since Nate Smith in 2015.

McCaughan was a Texas League midseason All-Star this year and the starting pitcher for the North Division in the All-Star Game. He was also awarded a TL Pitcher of the Week award on April 14 after not allowing a run over his first two Double-A outings totaling 12 innings. His best stretch of the season came from May 18 - July 6 when he strung together nine consecutive quality starts, allowing more than one run in only one of those nine outings. McCaughan was drafted by the Mariners in the 12th round of the 2017 draft out of Long Beach State.

The Arkansas Travelers are currently on a road trip through September 2 to close out the regular season schedule. As first half TL North Division champions the Travs will host the first two games of the Texas League Playoffs at Dickey-Stephens Park on September 4th and 5th. For all the latest information or to purchase tickets for Travs regular season or playoff games, log on to travs.com.