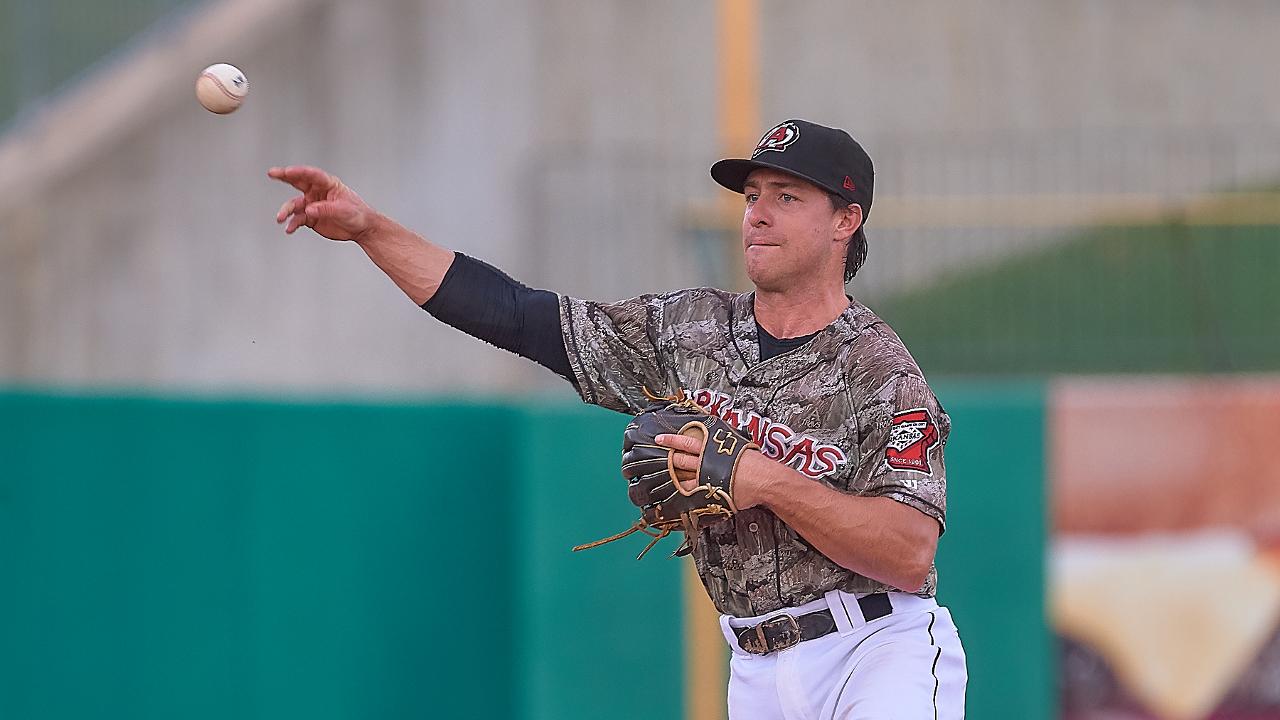 Arkansas Travelers shortstop Donnie Walton was named a 2019 Rawlings Gold Glove Award winner as announced by Minor League Baseball. The awards are bestowed upon the best in the entire minor leagues at each defensive position. Walton was the Travs primary shortstop in 2019 playing in 103 regular season games, totaling over 900 innings at the position and committing just four errors in 381 total chances for a .990 fielding percentage. He also made 19 starts at second base and was pegged with just two defensive mistakes. After the conclusion of the Travelers season, Walton was called up to Seattle and made his Major League debut on September 10. He played 47 defensive innings, 37 at shortstop and did not make an error with the Mariners.

The Rawlings Gold Glove awards were given out from 1957-1984 before being reinstituted in 2011 and annually honor the best in defensive excellence at each position across minor league baseball. Walton becomes the eighth Arkansas/Little Rock Traveler in history to receive this honor. The most recent was outfielder Randal Grichuk in 2013. Other Travs to win the award include Darwin Perez (SS, 2011), Thomas Nieto (C, 1982), Ed Jordan (C, 1976), Rudy Kinard (2B, 1973), Roy Majtyka (2B, 1966) and Bob Spicer (P, 1958).

Donnie Walton was originally selected by the Mariners in the 5th round in 2016 out of Oklahoma State. He hit .300/.390/.427 with 11 home runs, 50 runs batted in and 10 stolen bases while usually occupying the leadoff spot for the Travs in 2019. In addition to making his MLB debut in September of 2019, he was named the Dan Wilson minor league community service award winner by the Mariners.

The Arkansas Travelers are the Double-A affiliate of the Seattle Mariners. For all the latest news and information or to purchase tickets for Travs games, log on to travs.com.