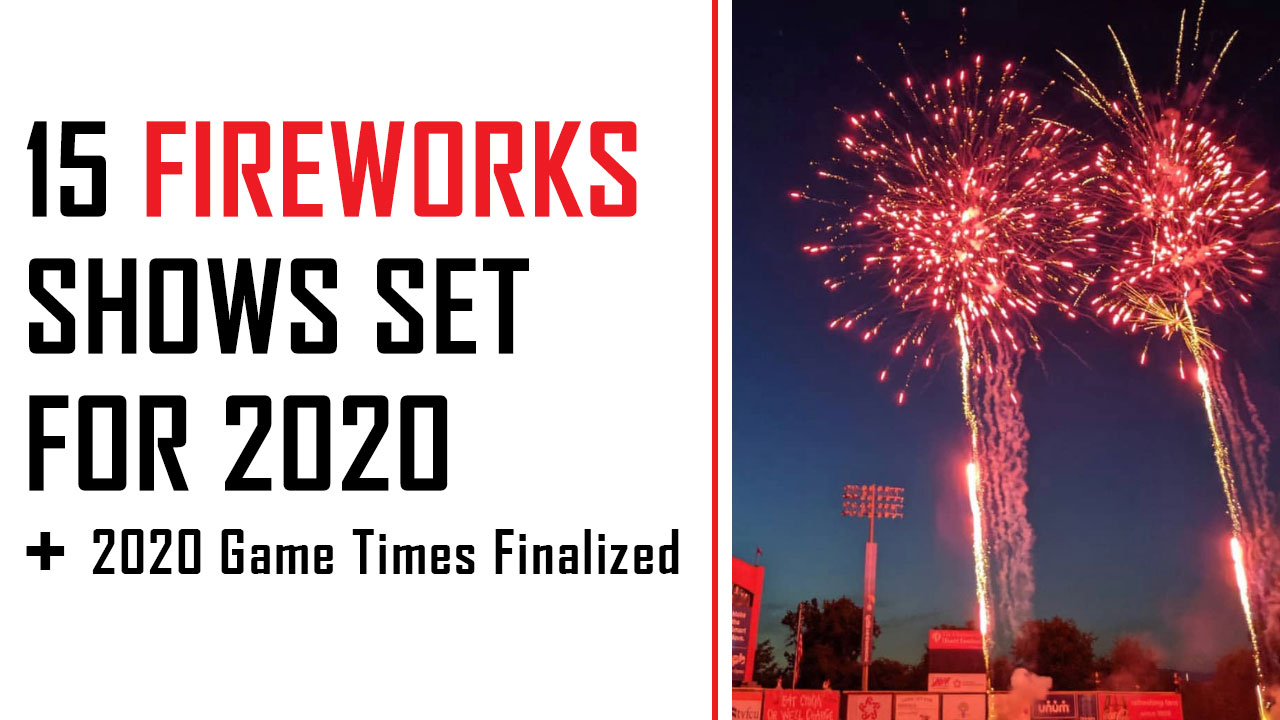 CHATTANOOGA, Tenn. - The Chattanooga Lookouts have announced their game times and fireworks for the upcoming 2020 season! On Thursday, April 9, at 6:15 p.m. the Lookouts will make their season debut when the 2019 Southern League Champion Jackson Generals come to town for Opening Day at AT&T Field! Opening Day will be the team's first Thirsty Thursday of the season and will be capped off with the first postgame fireworks show of the year!

After Opening Day the Lookouts will have a further 14 fireworks shows throughout the season. Along with 12 Fireworks Fridays, the team will also shoot off fireworks on Sunday, May 24 and Thursday, July 2.

2020 will also feature 10 Thirsty Thursdays and 10 Saturday games. The Lookouts will continue to offer great family-friendly promotions including Autograph Sundays, Kids Eat Free Mondays, and Kids Run the Bases after every single Lookouts home game. This season will also feature three business person specials at 11:15 a.m. On those day's you can purchase a lower box ticket, and a meal voucher for just $13.

Following the opening series of games fans will have plenty of opportunities to catch the team in April as they host a 10-game series to close out the month. In May, Chattanooga will play 10 home contests including a 5-game slate over Memorial Day Weekend, May 22-25. The team's first half at home wraps up on Monday, June 15 with the All-Star Break set for June 22-24.

The second half of the season begins with a nine-game homestand on Thursday, June 25 that culminates with back-to-back Fireworks on Thursday, July 2 and the team's annual Independence Day Fireworks Extravaganza on Friday, July 3. The team's home schedule concludes on Tuesday, September 1.

The Lookouts full slate of 2020 promotions will be released at a later date. For more information on how to secure your seats to the season's best games call the Lookouts' ticket office at 423-267-4TIX.

About the Chattanooga Lookouts

The Chattanooga Lookouts, a founding member of the Southern League in 1885, are the 2015 & 2017 Southern League Champions and the Double-A affiliate of the Cincinnati Reds. The Lookouts play their home games at AT&T Field, located on Hawk Hill in downtown Chattanooga. For more information, keep up with the Lookouts year-round at www.lookouts.com, or by following us on Facebook (www.facebook.com/Chattanooga Lookouts), Twitter (@ChattLookouts) and Instagram (@ChattLookouts).