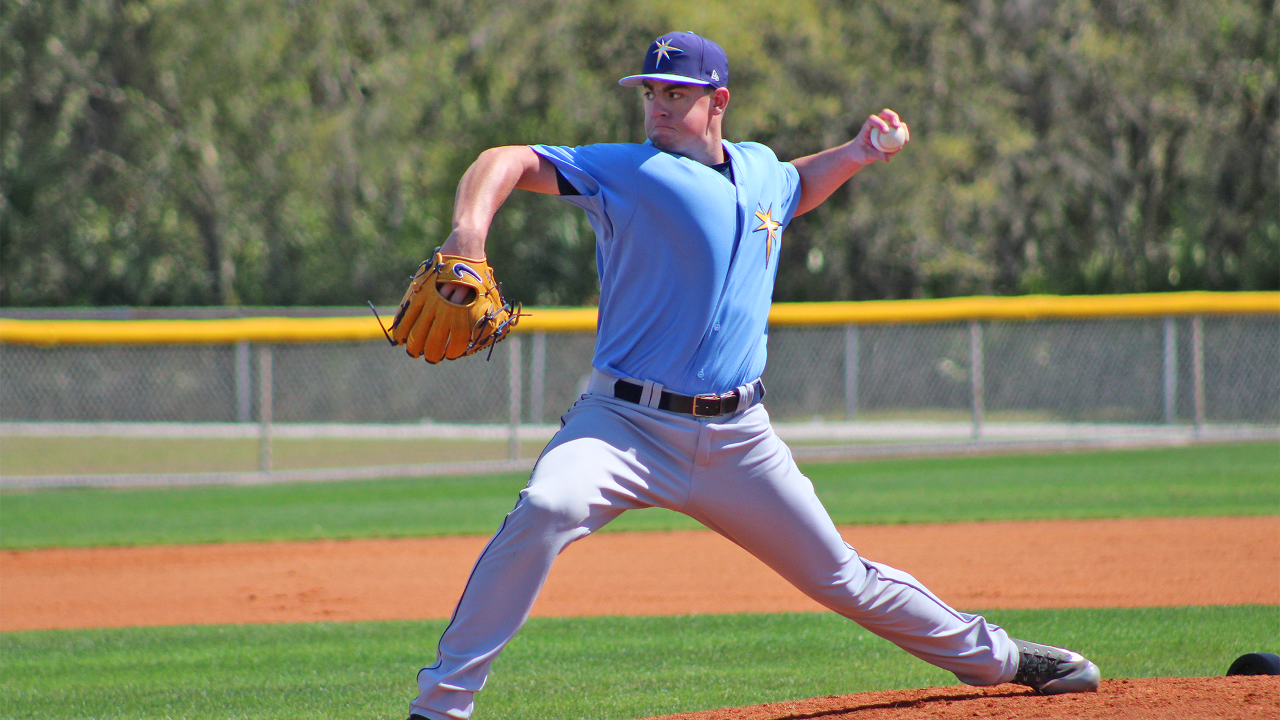 Left-handed pitcher and designated hitter Brendan McKay has been promoted to Triple-A Durham for the first time in his career. The 4th overall pick in the 2017 draft out of Louisville will make his Bulls pitching debut on Tuesday, May 28 at the DBAP. McKay is currently ranked as the 29th-best prospect in all of baseball, the third-best left-handed pitching prospect in all of baseball and the Tampa Bay Rays' third-best prospect according to MLB.com.

Since his professional debut in 2017 the Pennsylvania native has been one of Minor League Baseball's best pitchers, compiling a career mark of 9-2 with a 1.99 ERA in 33 appearances and 30 starts. The southpaw opened this season with Double-A Montgomery and earned his promotion to Durham after posting a 3-0 record with a 1.30 ERA in eight games, seven starts.

Additionally, the 23-year-old has struck out 186 batters in 140.0 innings in his professional career, compared to just 28 walks for a career strikeout-to-walk ratio of 6.6:1.

Selected as a pitcher and first baseman, the highest draft pick in Louisville history has transitioned to a designated hitter when not pitching in 2019. He's a career .210 hitter with 10 home runs in 134 games.

McKay was the unanimous 2017 college National Player of the Year witht the Cardinals, winning both the Golden Spikes and Dick Howser awards. Over his three-year career with Louisville he went 32-10 with a 2.23 ERA on the mound, and batted .328 with 28 homers and 128 RBI.