Bulls Named Most Accomplished Minor League Franchise of the 2010s 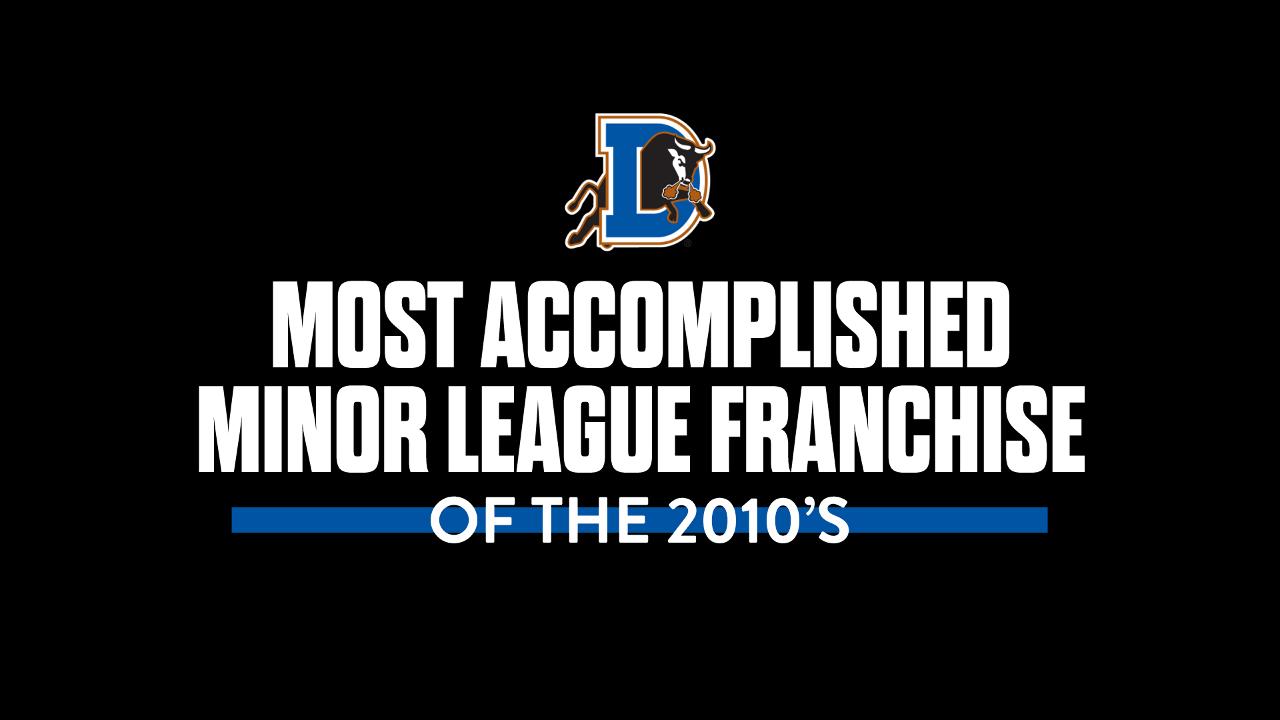 Baseball America released today the top 15 most accomplished Minor League franchises of the 2010s. The Durham Bulls topped the list factored by wins, league titles, runner-up finishes and having the best overall record in one's league.

The Bulls played for the Governors' Cup six times, winning in 2013, 2017 and 2018, more often than any other Minor League team in the 2010s. Well-known Bulls Manager Charlie Montoyo managed the team from 2007 until 2014, capturing two International League titles. He became a big-league coach for the Rays in 2015, before taking over the Toronto Blue Jays in 2019.