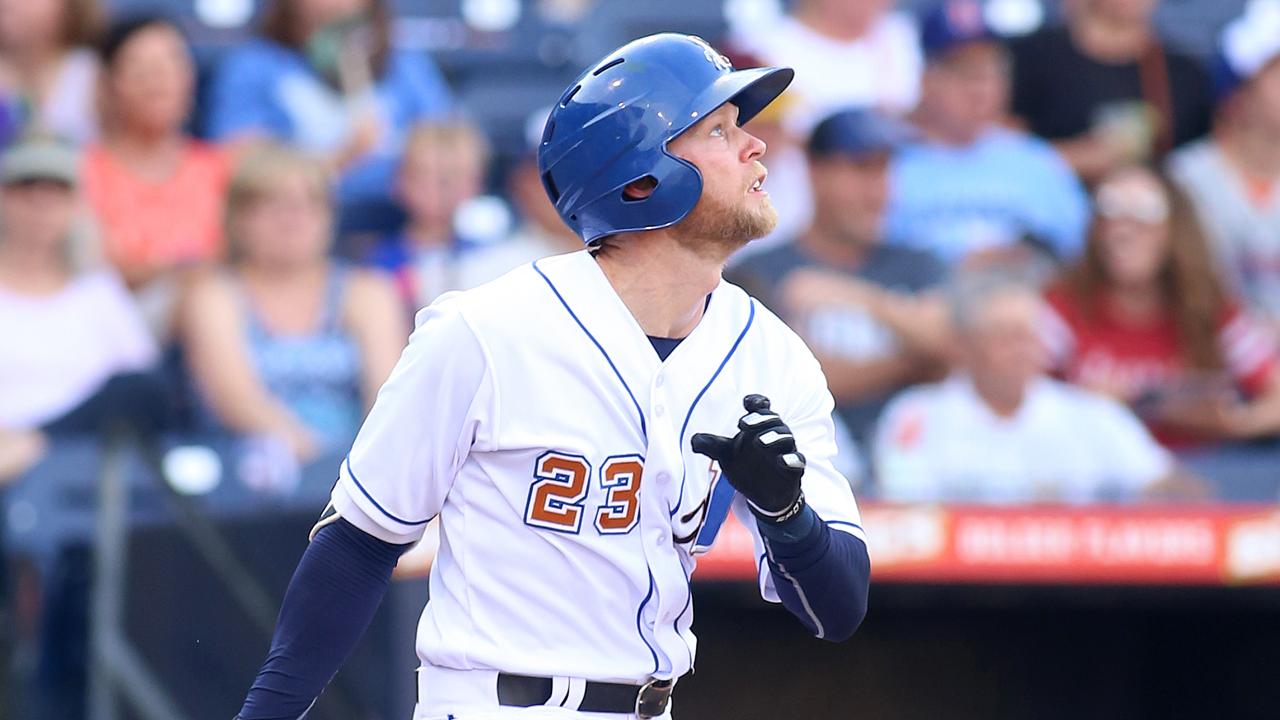 DURHAM, NC - Jeremy Hazelbaker lined a two-run, two-out double in the bottom of the ninth inning, giving the Durham Bulls a 7-6, walk-off victory over the Charlotte Knights at the DBAP Sunday evening.

Trailing 6-4 entering the bottom of the ninth, Justin Williams doubled to left field, scoring Willy Adames and cutting the deficit to one. Two batters later and with the Bulls down to their final out, Hazelbaker lined a double to the left-center field gap, scoring Williams and Christian Arroyo and giving the Bulls a split of the four-game set.

The walk-off double capped a 4-5 night for Hazelbaker, who tallied three doubles on the evening.

The Knights were first to strike, scoring a run in the second and two in the third for an early 3-0 lead. The Bulls scored one run apiece in the fourth and fifth frames, cutting the deficit to one. In the sixth Eddy Alvarez blasted a two-run homer for the visitors, but the Bulls scored a pair of their own in the bottom half of the frame on RBIs by Nick Ciuffo and Kean Wong, making it a 5-4 contest.

The visitors scored one final time in the top of the ninth for a two-run advantage, setting the stage for Hazelbaker's heroics in the bottom of the frame.

RJ Alaniz (1-0) picked up the victory for Durham with 3.1 innings of relief, allowing one run on two hits. Ian Hamilton (1-1) took the loss, surrendering three runs on three hits in the ninth inning.

Wong, Adames and Williams all chipped in two-hit efforts for the home side, with Wong extending his on-base streak to 27 games, the longest active streak in the International League.

The Bulls hit the road for a seven-game road trip on Monday with the first of three games against the Syracuse Chiefs. Forrest Snow (5-5, 3.48) is scheduled to take the mound for Durham opposite John Sims (2-4, 4.06) for Syracuse. First pitch is scheduled for 6:35 p.m.