The Scoop With Bill Knight: OPENING DAY IS A TIP TOE AWAY 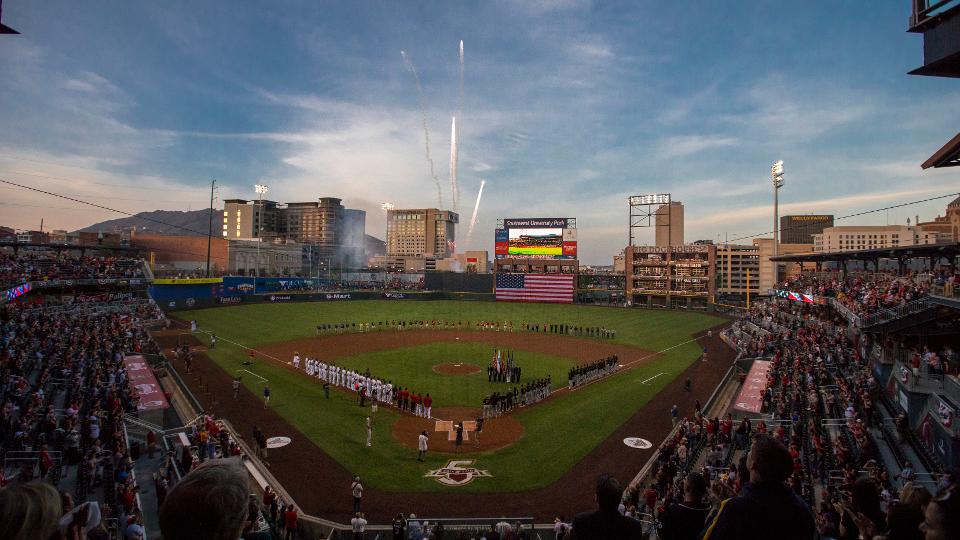 Opening day is tip-toeing in, that special time, that special moment, that beginning of a season filled with joy and fun and hope.

Hope floats through ball parks all across the country.

Of course, the Major Leagues have already had their special moment, their magical moment that is opening day.

Now it is the beginning for the minor leagues and hope fills the air in parks like beautiful Southwest University Park. Everything is new again. Anything is possible. Everyone is undefeated.

There is reason for hope at Southwest University Park, the showcase minor league baseball stadium in this gentle city by the border.

"For the second year in a row the San Diego Padres have been voted the top minor league system in baseball," said new Chihuahua manager Edwin Rodriguez. "And 80 percent of our guys spent time in big league camp.

"We have plenty of depth in (Double A)," said Rodriguez, who is beginning his 40th season in professional baseball. "If we get call-ups here, we have talented players there. We've got guys in Double-A who should be here. There's just no room."

What a nice problem.

Rodriguez sat in the Chihuahua third base dugout, looking out over the field that will soon be humming with the activities of the boys of summer.

Francisco Mejia , the gifted catcher, remained with the Major League Padres as the back-up to former Chihuahua Austin Hedges. But talented second baseman Luis Urias returned to El Paso at the 11th hour.

"Hopefully, I can see him, at some point, going back up to the big leagues," Rodriguez said. "He is very talented, he is very young (21) and he is very smart. Sure, he is frustrated. But that was for 24 hours. He knows he just has to pay attention to details and, that way, when he goes back to the big leagues he won't be coming back."

In the meantime, the Chihuahuas will enjoy his talented bat and gifted glove and Chihuahua fans will enjoy watching yet another future Major Leaguer for as long as possible.

And there will be so much more talent out on that pristinely groomed playing field.

"Josh Naylor will be a talented player in left field … sometimes in right field. He had a very good year in San Antonio last year," Rodriguez said.

"Austin Allen is a good catcher, a power hitter who hit 22 home runs last year in San Antonio," Rodriguez said. "Of course, we have Luis (Urias).

"Ty France is such a talented athlete, Rodriguez said. "He will play third base, first base, he played some second base in spring training and we may try him at catcher. You might even see him in the outfield. He will definitely hit. He will hit for average, he will hit for power and he's a hard-nosed player."

France said, "I can't wait, can't wait to get the season started. This place has such a great atmosphere and the fans are amazing and the whole environment is great. This was my first big league camp and it was fun. Now we are all looking forward to this season. Our lineup is stacked. We'll have a powerful lineup - one through seven, one through eight."

The Chihuahuas have hit their way to championships in the past and they will be capable of hitting again this season.

"It's a hitter's league and this is a hitter's park," Rodriguez said. "We will play accordingly."

But El Paso has had strong defense and the club has had more than its share of good pitching in its series of championship runs.

Rodriguez said this year's starting staff might be the strongest yet.

Quantrill looked around Southwest University Park and said, "I had a ton of fun last year. I love it here. Love the food, love the people, love the culture."

Opening day will be here Thursday night and it will be like all opening nights. It will be a bit magical.

Wide-eyed children with big smiles and bigger dreams will come and wide-eyed adults who are still children at heart will be all through this beautiful ball park.

It will be something special, just a little magical, just like every opening night.

THE ONE WHO DID NOT COME

Most El Paso baseball fans were looking forward to seeing shortstop Fernando Tatis Jr., the number one ranked prospect in all of minor league baseball.

But the gifted 20-year-old jumped all the way from Double-A San Antonio to a starting job on the grandest stage, the Major League San Diego Padres. He was that good this spring.

Tatis Jr. has been sensational in the field in the first few Padre games. He has not quite settled in at the plate but did get his first Major League home run.

Smiling, Rodriguez recalled Tatis and his journey to a Major League starting job this spring.