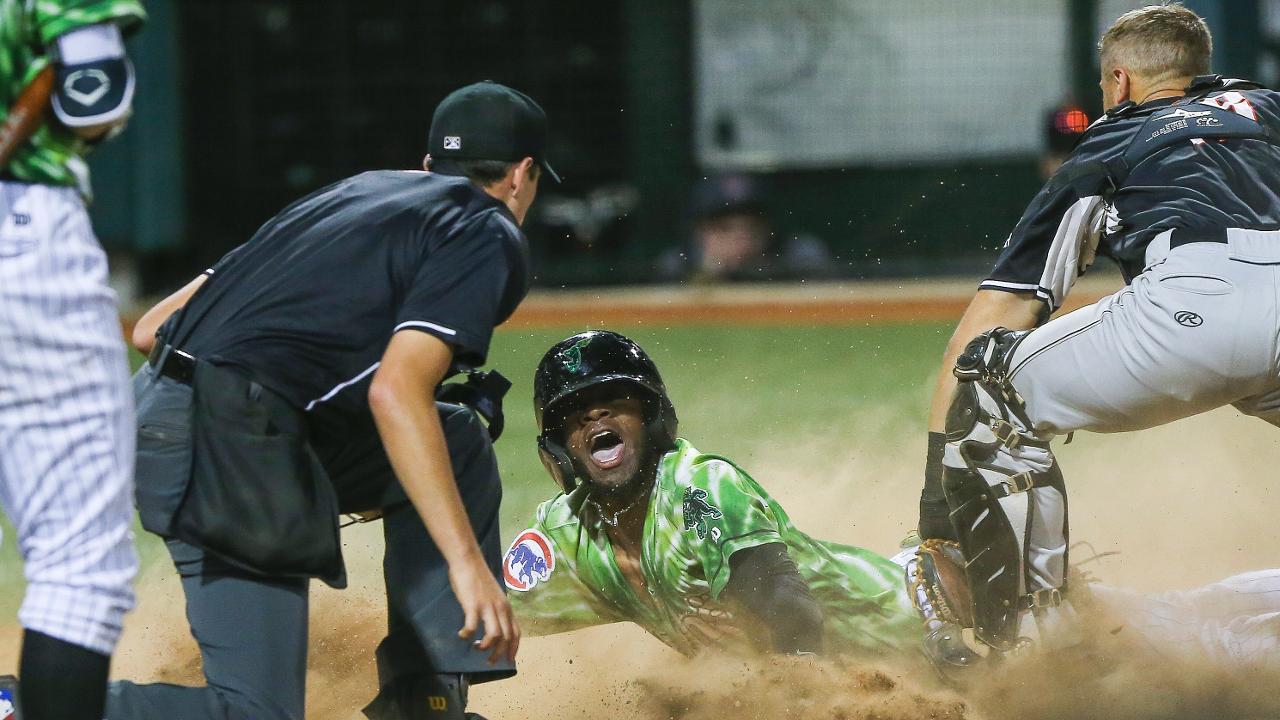 The Eugene Emeralds, proud Minor League affiliate of Major League Baseball's Chicago Cubs, are proud to announce that Ems outfielder Edmond Americaan has been named a Northwest League Year-End All-Star, as revealed by the Northwest League on Thursday afternoon.

The second-year pro from Curacao has been consistently solid for the Emeralds all season long, posting a .283/.350/.426 slash line with a .776 OPS, 67 hits, 17 doubles, 4 triples, 3 HRs, 29 RBI and 13 steals in 62 games played. Defensively, Americaan showcased an impressive arm while also displaying the ability to play all three outfield positions.

This year has seen Americaan post his second straight solid season to start his pro career after batting .295 in 30 games with the Rookie-level AZL Cubs 1 in 2018.

A 35th round selection in the 2018 MLB Draft out of Chipola Junior College (Florida), Americaan opted to sign with the Cubs as opposed to attending the University of Miami.

He joins a slew of impressive players named to the 2019 NWL Year-End All-Star Team, as shown below:

In regard to the 2019 Northwest League Individual Honors and Year-End All-Star Team being announced, NWL President Mike Ellis issued the following statement: "It's been another memorable season of Northwest League Baseball with some outstanding individual performances throughout the league. Those who were named to the 2019 Year-End All-Star Team should take great pride in such a prestigious honor. We admire your hard work and dedication to your craft. Congratulations, you are amongst the best of the best this season."

Americaan and the Emeralds play their final three home games of the regular season over the next three days (Thursday - Saturday) at PK Park. Tickets to Emeralds home games are on sale now at www.EmeraldsBaseball.com or by calling (541) 342-5367.